Home | Brilliant, Fleshy Gems: Finding Value in Gore and the Gross Out

Brilliant, Fleshy Gems: Finding Value in Gore and the Gross Out

We’ve all read the Stephen King hierarchy: going first for terror, then the scare, then, if all else fails, the gross out. It’s a too-oft spoken rule, so much so that it is taken for granted. Even in the horror community, where we certainly do love our greasy, grimy gopher guts, i’ s agreed that gore and the gross out are cheap tools of shock only to be used by the talentless or when no real valuable tools can be found.

So, of course, I must disagree.

The big place, to me, where gore and the gross out find their value is in the reminder of our mortality in a basic, visceral manner. These fleshy bits. The trailing loops of intestine that spill from an opened gullet. The red and sometimes deep black blood we find floating in the toilet alongside our shit. The oozing, almond scented lesions that drip thick milk from our wounds. They only exist because we are frail things constantly on the verge of collapse. Of death. Of ceasing to be in the manner to which we are accustomed.

Worse, there is nothing logical or intellectual about the reaction of revulsion. It’s pure instinct. Our body reacts, not our minds. Maybe that is why we cheapen the experience. Even going back as far as the ancient Greeks, the activity of the mind was always valued over the activity of the body. For an intellectual attack, we can brace ourselves. Build up barriers. Man the defenses with excuses and platitudes and religious and philosophical ideals. But our body will have none of that. It reacts violently and immediately. The deep down lizard brain takes over, cringing away or lusting for a taste. We become animals, even if only for a moment, and we really don’t like that.

Please remember the adage that art should comfort the disturbed and disturb the comfortable as we move along.

But, while discomfort is a good start, it isn’t enough. What matters is what you do with the discomfort. When used well, the double G’s are what create empathy and a sense of consequence to the actions. I loved the old Cowboy and Kung Fu movies that showed piles of bodies shot or chopped from their mortal coil, falling down peacefully like so many cords of wood. They were fun. The violence was there, as was the intellectual implication of death, but it meant nothing to me. It was a game where I was certain they’d get up and shake hands any moment.

Then I saw The Wild Bunch and The Street Fighter, which showed, in lurid, lingering detail, the actual results of these actions. I saw the blood and broken bones. People moaning, clutching spilling organs to keep their insides inside. The dying slowly leaking into the dirt. Suddenly, these deaths had meaning. Were things I did not wish to have occur. Violence was given guttural consequence and I was no longer able to shield myself from the reaction. 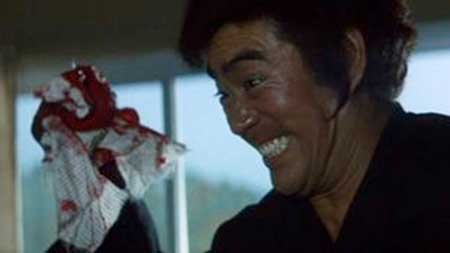 In literary circles, you need look no further than Jack Ketchum’s The Girl Next Door. Ketchum does not imply the horrors inflicted on the body of this poor girl. He shoves your face into them. Every raised, blistering welt. Every wound dripping blood and infected pus. The rape at the end. I wasn’t allowed to look away, to deny behind a screen of obscurity. Then, when the first person narrator and, by proxy, myself, were implicated as part of these crimes, I could not hide. The impact was devastating.

You can also look to the opening of Irreversible or the first kill of Rob Zombie’s rendition of Halloween. Both sequences take something that would generally have audiences cheering. Wondrous bits of glorified ultraviolence turned horrifying by their judicious use of gore. Both of these scenes twist that expectation of fun into an experience of the true grotesque and, in doing so, become art. 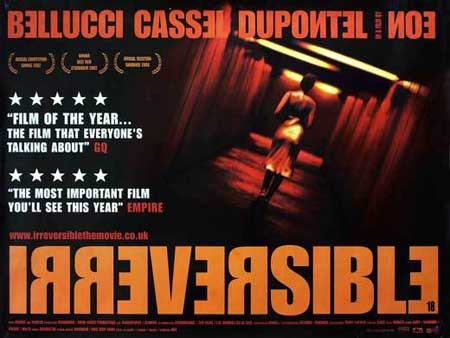 Don’t get me wrong. I’m not saying that gore and the gross out are always used well. I’ll never defend the ultimately boring instances where they are depended upon over character and story and emotional involvement. They are tools. The equivalent of twenty ton epoxy and a sledgehammer. But, sometimes those are precisely the tools you need to get the job done.

Brilliant, Fleshy Gems: Finding Value in Gore and the Gross Out