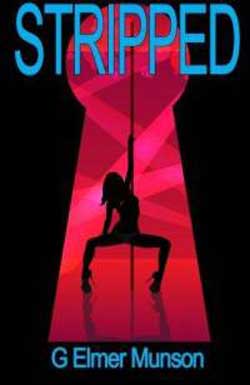 What a ride! I put off reading Stripped entirely due to its cover, I had other books to read and it seemed like it would be my least favorite judging by the cover (yes, once again I learn you shouldn’t do that) but once I started it had me hooked right from the start and I couldn’t put it down until I finished it. Two days to finish a full length novel is unheard of in my world, but I was glued to my Kindle and couldn’t stop. G. Elmer Munson did a fantastic job. First let me preface by saying you have to be into gritty storytelling, violence for the sake of it, and bottom of the barrel circumstances for all involved as the story is not for the young at heart.

The story revolved around Paula, girlfriend to Alex, who finds out in the hard way that Alex owes some pretty bad people a large sum of money. After witnessing Alex’s death, she’s eventually kidnapped, beaten, and forced to work in some out of the way strip joint where she’ll stay until she repays what is owed or dies. Cappy is the owner of the strip joint whom the money is owed, and with his hard hitting but dumb as an ox henchman Samir, they make Paula’s life a living hell. Startling truths come out throughout the story, about Alex, about her Uncle Ralph, but through it all she never loses her will to survive, risking life and limb to escape.

Action exists around every corner. From the fateful opening scene, to Paula’s kidnapping, beating and torture, her imprisonment at a lakeside property, abusive club bouncers and patrons, to a shootout at Cappy’s home turf with a van full of weapons, I was surprised at just how little downtown the entire story has considering its length.

Munson’s character development is spot on letting action, and only sometimes words, tell you how the main characters live. Like any typical story you come to cheer for the hero, or heroine in this case, and want nothing but bad things to happen to the villain which you come to not be able to stomach. Even the side characters, the henchman, Alex, Uncle Ralph, and the like, have personalities all their own which are fleshed out decently enough. Munson’s descriptions will make your skin crawl, from the violence down to the subtle living quarters and “glory hole” descriptions (you’ll see when you read it). You have no trouble picturing exactly what Paula is forced to endure to just get by.

The Epilogue of the book was unexpected, but oh so welcome, definitely a nice finishing chapter. Overall, except for probably being a bit gritty for some, although I myself greatly enjoyed that aspect of it, it was a great book. This will be a very hard book to have knocked out of my Top 10 Books of 2013 which as of now has one book on it: Stripped. 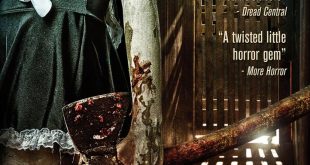