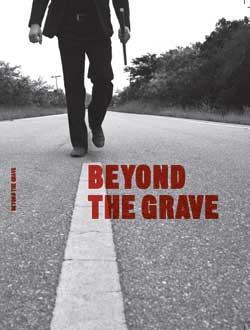 In a devastated post-apocalyptic world where the rules of reality are transformed by magic and madness, a vengeful police officer searches for a possessed serial killer in a battle of the not-so-good versus absolute evil.

Sounds like a pretty good movie from that there synopsis doesn’t it? Makes ya wanna rush to wherever you pilfer your movies from (Come on…you know who you are) and watch this bad boy don’t it? Well do all of yourselves a favor for the Black Saint, for I so loved all of my acolytes that I sacrificed my eyes and yes…my sanity to sit through this horrid waste of 90 minutes. Let me explain… 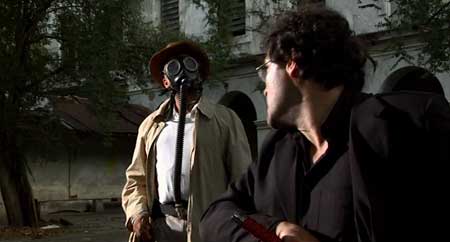 Have you ever been excited about a movie just from hearing about it? For instance, I was excited when “Kick Ass 2” was announced even though there was no footage available. It was just the fact that it was being produced that made me all slippery for a minute or two. Now imagine that you’re a Brazilian horror fan and someone announces the first Brazilian zombie movie ever is going into production! If you were a right & proper horror fan from Brazil I’m sure you’d have visions of a Brazilian “Dawn Of The Dead” or “ZOMBIE” in your head….wouldn’t you?

Yeah..well just shake all of those good zombie vibes out of your cranium because “Beyond The Grave” is NOT the first Brazilian Zombie film ever made (That would be “Zombieo” circa 1999) it’s the WORST Brazilian zombie movie ever made! As a matter of fact it’s the worst zombie film ever made! You name em’…”Oasis Of The Zombies”, “House Of The Dead”, “Gangs Of The Dead”, “Raiders Of The Living Dead”, I can go on forever calling out bad zombie movies but this pile of shit is the worst of the worst. The fact that the filmmakers are trumpeting that it’s Brazilian ought to get them deported out of that country straight away. 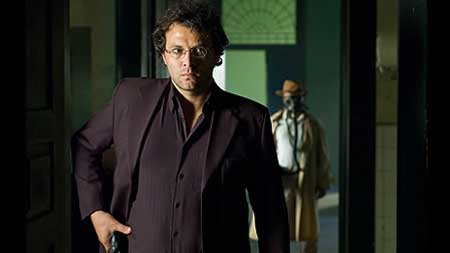 Why is it so awful? Let’s see….OK, I got something! When you’re making a movie that’s ostensibly about zombies then your zombies ought to be dangerous right? I mean I know they shamble back and forth & they might not be particularly fast moving zombies either but they are after human flesh aren’t they? They ought to be some sort of menace to the cast shouldn’t they? Well not these zombies! In director/writer Davi De Oliveira Pinheiro’s opinion zombies are content to just stand there and moan as the cast walks on by them. Sometimes they utter a moan or two and every once in a while one of them is eating a heart or something akin to that but by and large they just stand there and watch. Perhaps they’re in the wrong movie and they became confused, hence the puzzled looks on their faces? I don’t know but these zombies SUCK DONKEY DONG!!

The plot? Oh boy…don’t get me started on the plot. I guess I should continue my warning though shouldn’t I? I really don’t know that there was much of a script to follow here though. It begins with a man (Who we later learn is a cop of some sort) shooting some dudes while they taste test their soup (!) and then getting ambushed by an Asian guy muttering something under his breath as he attacks with a samurai sword. No dialog here except the Asian muttering away but the scene was too long, too stupid & too vague to give two craps about. Then I got the title and some pretty bad music to listen to as I wondered “What the f*ck is happening here”? But dang it! I really thought it was gonna get better, it’s gonna have some gnarly zombies in it right? Magic! Madness! A possessed serial killer! How could it go wrong? 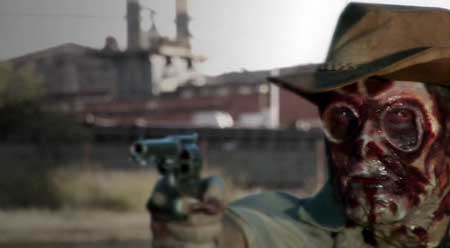 It goes SO wrong. The characters mutter inanities to each other that make no sense. There’s no sense of urgency, no fear horror or suspense to be found here. That possessed serial killer? Well I think they found the bum but I really couldn’t say since literally nothing happened during the entire movie to give me any indication that there even was a possessed serial killer raising a ruckus. There were zombies though…in some of the worst zombie makeup’s it’s been my displeasure to see. Some of them seemed to have a shiny metallic looking green dye on their face. They looked like robots who were pretending to be zombies…ZOMBOTS. And they weren’t even particularly threatening zombots either, they just sort of stand there gauging the vibe of the street they’re on before they make a move I suppose.

After a while it seemed to me that the director was trying to make some kind of statement here. A f*cking zombie movie with a message…kiss my funky decrepit ass. Why even attempt to do something like that if you don’t know how to make a zombie movie in the first place? To try and shoehorn a message (Mind you I’m just guessing here. I’m actually giving the guy the benefit of the doubt when I say that this might be a film with a message) into a film that’s supposed to terrify us can be done, Romero does it nearly every time he makes a “Dead” movie. But he’s George A. Romero dang it all to hell! He knows how to do this sorta thing and scare us at the same time. This Davi De Olive Pinhead or whatever his name is can’t even put together a coherent plotline that’s worth following let alone attempt to frighten anybody while he’s shoehorning in some inscrutable message. The actors? Sad pawns in a game of chess that was over as soon as “ACTION” was called first day on set. They might be ad-libbing some of this nonsense but if so they certainly won’t admit it, I refuse to acknowledge their contributions to this debacle.

About the only positive thing I can say about this film is that it looked pretty good but looking good really doesn’t matter if nothing going on makes any sense. How long can you look at a gorgeous woman on display before you get bored? If she ain’t doing anything to rouse your interest you sure ain’t gonna hang around watching her for too long. I had to suffer…SUFFER through this so that you won’t have to and although I know that there are some knuckleheads out there that are gonna read this and leap to this film’s defense, I really don’t care what they think. Let them get their own soapbox and stand on it and tell the world different. This movie is by far the WORST MOVIE I HAVE EVER SEEN. I can get drunk, toss my guts out on some blank paper and some film stock, proceed to consume the vomit stained paper & film stock, go to the toilet and release the (By now) really nasty paper/film stock and there would be a better script/film there all ready to go. 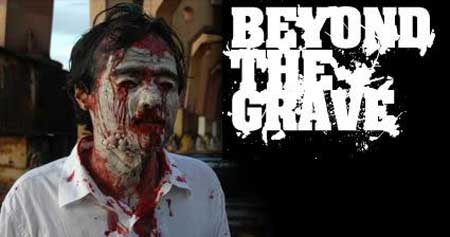 I really want to blame my editor for all of the suffering I went through while watching this mess of a movie, I really do. Lord knows he has a penchant for giving the quality assignments to other, less opinionated writers on staff here and giving me stuff like…this. But, you know what? I don’t think anyone could actually be so low down, stinking, rotten, dirty, foul, evil, filthy and just plain ornery to do that to little ole’ me. Man..I hope I’m right cuz’ if I’m not then what the heck is the NEXT movie gonna look like? The mind races at the horror that I might have just invited into my home…

Pray for the Black Saint.

“Beyond The Grave” – There is no negative rating that is low enough to give to this misbegotten movie. Just don’t watch it! 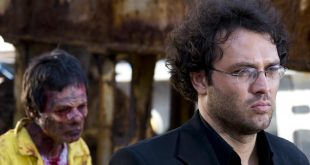 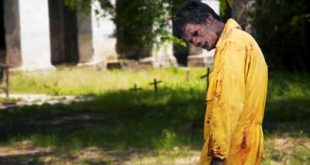