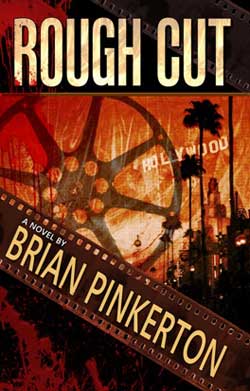 Synopsis:
Harry Tuttle is your average B-movie director. He makes low-budget horror movies that are usually panned by the uppity film critics who only give positive reviews to mainstream Hollywood films. Still, he has a small fan base and has made money from directing these movies, but he wants more. You see, Harry wants to make a brilliant film that everyone loves so that he can earn the one thing he doesn’t have: respect. When a young filmmaking hopeful gives him a copy of a movie he has filmed Harry realizes that it is a winner and is the movie he always wanted to make so he buys the rights from the man for a substantial amount and puts his own name on it. When the movie is a commercial success Harry gets the respect he wanted and life is grand…until he realizes that the man who really shot the movie is a total and complete psychopath who has no problem with killing others who gets in his way.

Wow. That is the first word that comes to mind when I think of Brian Pinkerton’s novel Rough Cut. I was absolutely enthralled with it from beginning to end and am a little sad that I am done with it due to the fact I was having such a blast while I was reading it. The book is entertaining, well-written, has some excellent, realistic characters, and is just a fun read in general. There are a lot of things to like about Rough Cut and it is without a doubt the best book that I have read this year.

While I liked a lot of things about the book the one thing that stood out the most was just the overall plot. I wasn’t exactly sure where Pinkerton was going with it at first since Tuttle and Marcus Stegman (the young filmmaker responsible for the movie that Tuttle tries to pass off as his own) have a pretty friendly relationship (so to speak), but once we find out that Stegman is quite out of his mind and has no qualms about murdering people everything falls into place and the fun begins. I had an awesome time trying to figure out how everything was going to play out and how Harry was going to get out of the some of the situations that he gets into as a result of Stegman’s actions. There are certain parts that are just tense as hell (the bit where Tuttle is dumping the film critic’s body and the cop shows up comes to mind), and the final confrontation between Harry and Stegman is thrilling and didn’t leave me feeling disappointed at all. One of the things that I really liked most about the book is that the plot is moving right along and Harry has finally gotten everything that he wants and then we (and Harry) find out something that Stegman has done that comes out of nowhere that kicks things into overdrive. I also really liked the subplot involving the abused woman who runs away from her asshole husband, and while it is a little confusing at first and takes a while to connect to the main story the payoff is pretty awesome and plays a key role in the plot.

The characters from the book are nothing short of awesome. I totally loved Harry and in some ways I can totally relate to him. I have worked on some low budget horror films and know that most people don’t take them seriously. I would love to one day be a respected filmmaker (and writer), so I can understand why Harry feels the way he does about making a movie that people care about. He is just a well-rounded character that reminded me a lot of Roger Corman or Lloyd Kaufman due to the types of movies that he makes. Stegman is a great character as well, and while he comes off as just a harmless oddball at first he quickly shows us that he is actually a creepy, insane, junkie who likes killing others, especially if they could cause him trouble or if they just get in his way in general. I dug Rachel, Tuttle’s love interest and struggling actress as well, and Lenny (the abusive husband) is just a total piece of sh*t that you love to hate. He is one of those types of people who sees nothing wrong with beating the hell out of his wife (and anyone else) and looks at her like she is his personal property. I don’t want to give anything away, but let’s just say that he eventually gets what he deserves in a very cool (and violent) way.

Pinkerton is a very talented writer and has a great deal of knowledge about the inner workings of the film industry, which is one of the reasons that this book is as good as it is. I really like his writing style and even though the book clocks in at nearly 400 pages I read it pretty quickly. Pinkerton gets to the point and doesn’t beat around the bush like some writers do. He doesn’t ramble on for pages on end just to pad out the length to make the book as long as possible (why do some writers think that the longer their books are the better they are?) and there wasn’t a single instance where I felt bored while I was reading it and was tempted to skip ahead a few pages. It held my interest from beginning to end and as I said earlier I was a bit saddened when I finished it because I found myself wanting more.

As you can tell I really enjoyed Rough Cut. It is an awesome book that I think will really appeal to many horror fans (or fans of good books in general) out there. To be honest there is really nothing bad that I can say about it and I think that Pinkerton should feel very proud of his work. If you are in the mood for just a fun read in general then I suggest you pick up a copy of this book and be prepared to be fully entertained. 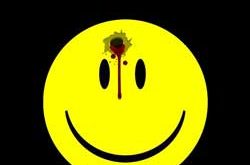 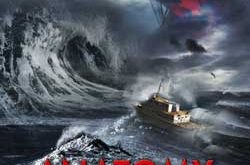