There are no shortages of reality television shows centering on ghost hunting and paranormal exploration. A&E is home to “Paranormal State.” Syfy touts “Ghost Hunters,” and “Ghost Hunters International.” But how “real” are these reality shows? Ghostly evidence on television can be suspect to fraud.

I want nothing more than to believe a medium when they state that they are talking to some spirit. I want to believe a ghost investigator when they say they heard a strange sound. Unfortunately, there have been some accusations that assert to debunk some of the more popular paranormal investigators.

“Most Haunted” is featured on the Travel Channel and has been on the network for some time now. The show features a medium, psychic, and other supernatural enthusiasts travelling the world in search of haunted places. In 2005, the shows parapsychologist Dr. Ciaran O’ Keeffe gave an interview with Britain’s “The Daily Mirror.” In the interview, O’Keeffe claims some of the shows were fake.

He specifically mentions Derek Acorah, the shows medium. He alleges Acorah faked possessions and researched the haunted area ahead of time, contradicting the statement of not knowing the back story prior to the investigations. To further prove this theory, O’Keeffe said in the article that he made up names of fake spirits and had people feed them to Acorah before the show. Then he goes on to say that on the two occasions, Acorah used the fake names as spiritual entities that supposedly possessed him. 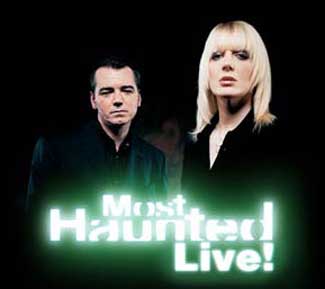 Acorah left the program after its sixth season. In addition to the interview, there is reportedly footage of sorts that shows some of the cast members faking noises and sounds that were supposed to be ghosts. “Saturday Night Live” aired a skit called “Haunted House” with Hugh Laurie making fun of “Most Haunted.” The skit is downright hilarious and only adds fuel to the fire. As Sophia Petrillo says in a “Golden Girls” episode, “Now there’s a fly in the Metamucil.”

Another popular paranormal reality show is Syfy’s “Ghost Hunters.” The show follows The Atlantic Paranormal Society or T.A.P.S. as they investigate haunting claims. When the show first premiered, TAPS made it their mission to debunk ghostly events. But as of late, they too are caught up in controversy. In 2008, TAPS aired a live Halloween special as they investigated Fort Delaware. After the live airing, a flood of fans were quick to point out what they thought was questionable evidence. Videos such as the one posted on YouTube by a user named ‘FORMERGHFAN,’ made the rounds and caught on very quickly.

The video called Jacket Pull Debunk, shows Jason Hawes and Grant Wilson walking around investigating the area. Grant then experiences a jacket pull by a “ghost.” The video shows the footage from the show but dissects it and allows viewers to see the alleged suspicious gestures and movements of Grant. The claim: that Grant along with producers (more than likely) orchestrated the infamous jacket pull. The TAPS team has denied the claim and stands by its findings and methods. There are other debunking videos on YouTube as well as a radio interview on the show “Ghost Divas,” with a former member who said that not everything on the show was real and that there may have been a staging crew. 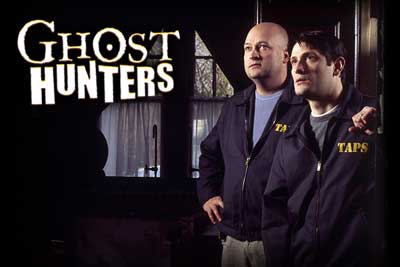 She also revealed other alleged claims about the show. Masslive.com posted an article containing a breakdown of the interview as well as Jason Hawes’ comments about the allegations.

With every cynic comes an optimist. Not everyone has completely written of “Ghost Hunters” or “Most Haunted.” There are still fans willing to look past some of the indiscretions and continue to watch and support their favorite shows. They still hope that their favorite paranormal investigator is honest and truthful about the ghostly evidence found. I must admit, despite all of this negative criticism, I am still on the fence.

I can’t help but believe most of those creepy electronic voice phenomena better known as EVPs. I get the willies when I hear some soft eerie whisper saying, “Get out.” But in saying that, I am much more watchful and guarded when a psychic says, “I feel a dark presence in the room and it’s filling me with anger and hatred.” Now, I can’t help but wonder if that’s the only thing they’re full of.