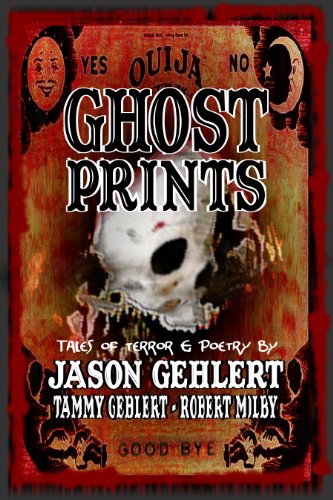 “The Woodsman” is the first story in the book. A group of teens wandering through the woods happen upon a cabin and take shelter from the cold. But they are not alone in the cabin; the Woodsman is there and proceeds to kill the teens with his axe. One of the girls, Elizabeth, gets free and confronts the Woodsman and lets him know there is evil in the caves nearby. She discovers who the Woodsman is after she had touched his axe back at the cabin.

“The Woodsman” is your typical teenager slasher tale, but takes place in the late 1800s. However, other than the heading at the beginning of the story that states the era in which it takes place, and a few descriptive sentences throughout, there is no other indication of the era. For instance, the teens talk and act like present-day kids, swearing, making out and sexual touching.

The tale continues for thirteen chapters (one of the chapters is misnumbered), introducing new characters and killing off many of them.

“The Woodsman” is an average slice-and-dice story that unfortunately goes on too long. The dialogue becomes stilted and the story gets somewhat confusing and less believable than in the beginning.

The second story by Jason Gehlert is “Carnie Creek 2,” which starts out with murders at a carnival, with two boys being possessed by “The Preacher” and “The Phantom.” “Preacher” is an evil entity; “Phantom” a good one. Preacher is determined to seek vengeance for being killed years before, and instructs the one boy to brutally murder those he hates. Phantom tries to stop him.

This started out as a creepy and fun story, but as in “The Woodsman,” it just went on too long and lost its edge. Following “Carnie Creek 2” is “Asylum,” which continues with several of the characters from the previous story. The detectives from “Carnie Creek 2” are now involved in murders at a closed asylum, where one of them had gone to hang out with friends years before. One of the friends had been accused of murdering some of the other friends, and now that he’s dying, he wants the cop friend to clear his name. But he commits suicide before the detectives arrive.

“Asylum” wasn’t a bad story, and it wasn’t too long. At times it was confusing; for instance, the detective’s partner didn’t seem to be part of that group, and then suddenly he was depressed when the murderer-friend dies. Also, the point-of-view switches from first-person to third-person practically every paragraph after they enter the asylum.

The last story by Gehlert is “The Last Ride.” A bus driver about to retire takes his last group of people on a trip, but Ed is no ordinary bus driver and the trip is a trip to hell for some. This is the best story in the book, and the best written. It’s the right length, and there is some suspense to it. I enjoyed it.

In all, I would give this book three out of five stars. The book needed a good editor; there were way too many spelling, grammar and editorial errors. Ghost Prints is a decent effort and with a little polishing and editing, could be a lot better.