Home | Did You Hear the One About?

Did You Hear the One About?

A young couple decides to head to a secluded area for a little make-out session. As the date begins, the music is interrupted by a news report stating a mental patient with a hook for a hand has escaped from an institution.

The couple pays no attention. Initially, the date starts out fun and a bit steamy. As the couple continues their date, the girl hears scratches on the car door. She tells her boyfriend she hears noises but the boy says he doesn’t hear the noise. The girl then begins to see movement outside the car and immediately tells her boyfriend she wants to leave.

After a few minutes of arguing, the boy finally starts the car and they head back to town. The boy is upset as he drives the girl home. Once they arrive at the girl’s house, he gets out of the car to open her door. The girl begins to think that maybe she overreacted and feels a bit silly for panicking.

She turns to her window and sees her boyfriend’s eyes wide open in horror. She gets out of the car to see what her boyfriend was staring at: a hook caught on the car door. This urban legend has circulated around campfires, family gatherings, and sleepovers for many decades. You may have heard this story or at least some variation of it.

Almost everyone has heard or told an urban legend. They are tales told to us by our parents to warn us of what happens when we engage in inappropriate behavior, trust strangers, or break the rules. But, why do urban legends exist? What stimulates us to tell stories that are more than likely not true?

We as a society feel the need to find ways to warn, explain, or validate events that have occurred in our lives. To do this, we do the one thing we are all good at: tell a story. 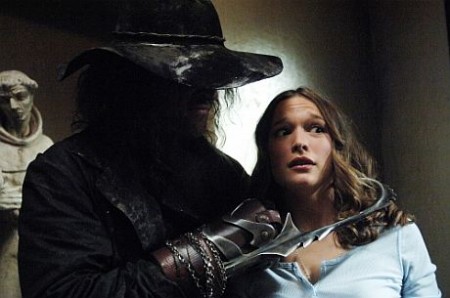 Most of the time urban legends have morals or lessons hidden underneath. People know that no one will listen if a simple “don’t do that” is said. However, if that statement is incorporated into a “real” story, others will be more inclined to follow and believe because it “actually” happened. After all, no one ever really bothers to research whether a legend is legit or not. It’s more fun to simply believe.

Technology has only fueled the urban legend phenomena. With the Internet, text messaging and social networking sites, legends are much easier to find, read, and even create. Dr. Jan Harold Brunvand has written books about folklore and urban legends. He said on his Web site, “The Internet is a wonderful medium for spreading, studying, collecting, and discussing urban legends…Internet transmission of ULs (urban legends) is very fast and spans the globe.”

With one click, millions of people can read just about anything. Before technology, a legend had to be passed via word of mouth, which limited the amount of people who actually heard it. Now, someone can type it up and publish it online where anyone can read it in an instant. Text messaging is quick and precise. Type up a message and send it in a mass text for numerous people to read. The volume of people reading the legend multiplies in a matter of seconds. They receive the message and in turn continue the cycle of spreading the legend.

It is because of our never-ending evolution and curiosity that the urban legend will not die. I too enjoy a good tale. Have you heard the one about the girl found murdered in her house alone with the phrase “ikill4luv” written in blood on a wall? Police did a search of her computer and found that she had been chatting with someone named… “ikill4luv.” I swear it’s true. It happened to my sister’s boyfriend’s cousin’s ex-best friend.

Did You Hear the One About?