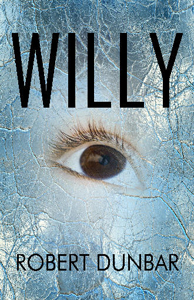 In a school for boys with emotional problems, a disturbed adolescent struggles against a mire of superstition and oppression. Then he meets Willy … and the other boy – charismatic and strange – saves him.

Robert Dunbar’s new book “Willy” is one of the most powerful and compelling books I have ever read. In a genre busting tour-de-force, Mr. Dunbar has redefined the beauty of dark literature, the effect it can have on you and what it can accomplish.

At it’s forefront “Willy” is a tale of a young mentally disturbed teenage boy, cast out from society, being thrown from institution to institution. But as you delve deeper into the story you discover that it is also a story of the power of love, how it can fix the broken, take away the pain, give hope and also be a curse.

The book starts out with chaotic ramblings from an obviously disturbed young man. Though, through his journal and the narrative (he was advised to keep a journal by a previous therapist) you bear witness to the inner workings of a boy that is depressed, suicidal,  achingly lonely and unable to communicate with the world around him.

That all changes when he finally meets his missing roommate Willy. Willy is able to draw him out of his shell, give him hope and give him something that he has not had before, someone that actually cares.

The power of this book comes from Mr. Dunbar’s ability to draw you into this disturbed young man’s mind, to feel what he his feeling, to know the despair he knows, to experience what it is like to be cast out from a supposedly civilized society.

You experience his growth as a young adult through his writings, the strength he draws from Willy, the new found confidence he experiences and the unbound love he has for his new found friend.

“Willy’ is a story that will leave an indelible mark on those who read it. It will stay with you long after you finish.

This is a must read book, it doesn’t matter the genre you prefer, do yourself a favor, follow the links at the top and order “Willy”, you will be thankful you did. 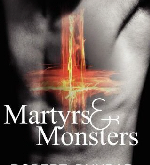 Martyrs and Monsters by Robert Dunbar on E-Book 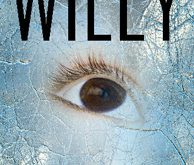 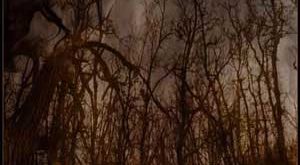