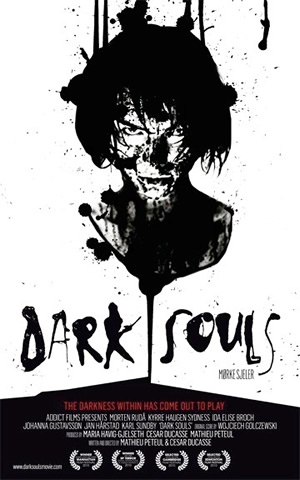 When Morten Ravn’s (Morten Ruda) daughter, Johanna (Johanna Gustavsson), is savagely attacked and seemingly murdered, he is shocked when she appears on his doorstep soon after receiving word of her death. Keeping her safe in their small apartment, she begins to display zombie-like symptoms and vomits a black tar-like bile. Soon, there are 30 similar attacks by a mysterious madman armed with a powerful drill. Frustrated with the lack of results from the local police, Morten begins to investigate the attacks and tracks the killer back to his hideout in secluded manufacturing plant where he begins to uncover the secrets behind the assaults and piece together the mysteries surrounding the driller killer.

Of all the films at the recent 13th Annual Nevermore Film Festival in Durham, NC, Dark Souls is the least effective. The Norwegian horror film is an interesting twist on the slasher genre with some novel ideas; however, they are mishandled and poorly executed. The killer himself is trite and uninteresting. The methods and motivations behind the killings are one-note and lack-luster. Other than Morten, the other characters are dull and drab, even if the actors portraying them do a fine job. Morten Ruda as the lead does his best to hold the film together and almost succeeds single-handedly. The plot is a little on the light side and the locations and design never live up to the ideas driving the story. Dark Souls is a disappointment. 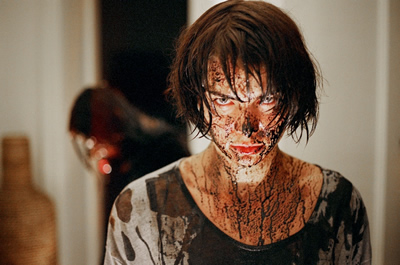 Most of the problem with Dark Souls is the slasher drilling holes into his victims heads and leaving behind a mysterious black fluid in their brains. Other then the large drill he’s carrying, the killer isn’t very threatening. He’ no Jason, Michael or Leatherface which all slashers must now live up to in order to get noticed. It’s possible the lack of fear surrounding him may be the difference between Norway’s culture and the industrial locales used to the more commercial Stateside culture stripping away from his menace. He comes across as the faceless killer that could be working at any nearby factory and that has a hard time translating in a world of suburbs, malls and high gas prices. There is a twist to the killer that brings a element of surprise, suspense and, later, bits of humor, but it falls flat when little is given to back up the reasoning. It ends up being a bit silly in the end deflating any terror that may have been created along the way. 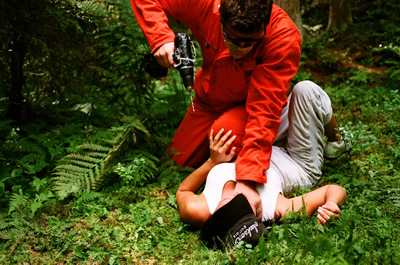 The story is a mixed bag. The decision to focus on the father’s plight after the initial girl is killed is a smart one. It creates a very sympathetic character in Morten and that carries most of the film along. The idea that this liquid planted into the victims brains keeps them alive and creates zombie-like creatures is interesting and, at time, very visceral; but, the filmmakers fail to take advantage of it. For most of the film, the entire concept is swept under the rug. They also made the police force and hospital doctors and nurses too buffoonish and idiotic. When the story focuses on the father and the daughter it succeeds drawing the viewer in to their plight, their conflicts and their struggles. Outside of that it has a few choice moments: the victims all quarantined in a local hospital attack the staff on a single night; Morten follows the killer witnessing first hand one of the vicious assaults; and Morten uncovers the man behind the plan in a tense face to face confrontation. 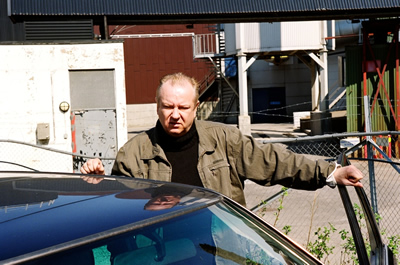 Dark Souls has been making the rounds a horror festivals for the past year and many have found more to like than others. But the story has too little originality and ingenuity to escape the bland, uninspired plot and execution. The actors all do a fine job, but only Morten Ruda makes a lasting impression. The effects are adequate with the black bile vomiting victims being the most memorable. The black color gives the liquid a gooey, unknown quality to it while still maintaining a blood-like feel to it. Dark Souls stumbles more than it triumphs and fails to reach the finish line in time. It succeeds more on its ideas and intentions than its execution. Worth a visit for the curious, but not for those who are looking for anything unique or inventive. 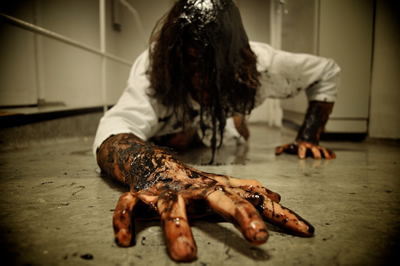