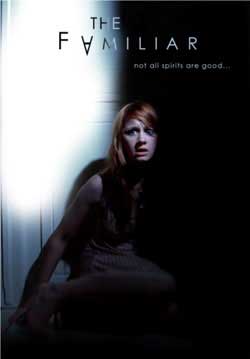 Sam, lonely and bitter after the death of his wife, again faces his childhood demon when his estranged sister-in-law, Laura reappears. The sexual attraction between the two blinds him to the fact that his demon is taking possession of Laura and is intent on destroying them both. Sam must work through his bitterness and choose what he really believes as he’s forced to come face to face with the demon in a battle for his soul and Laura’s life.

The loss of a spouse is one of the most difficult life events that can psychologically lead to so much distress that life becomes almost unmanageable. A lovesick man that is desperately attempting to live a normal life, while dealing with a drastic life changing event of his wife dying, is the main struggle that is upheld in Miles Hanon’s “The Familiar.” The hassle of a problematic childhood is also thrown into the mix, revving up this supernatural thriller filled with dynamic character studies.

Twenty-five years prior to the present, two young boys are shown on a hunting excursion on an abandoned property. They enter a home that has a banner that has a pentagram-like emblem that is a circle, triangle, with an eye in the middle. The children ignore the banner, and rush straight to a collection of p*rnographic magazines. When the children gain interest in the magazines, one of the kids becomes suspicious of viewing something that would be looked at as deviant in the eyes of their religion. Suddenly, one of the boys is attacked by a renegade evil spirit, spiraling the movie into present day.

In the middle of the night, distraught Sam (Bryan Massey) is shown laying a rose on his wife Catherine’s(Stephanie Young) grave. He drinks whiskey to cope, and does favors for his friend the sheriff Charlie(Jeff West) to escape being thrown in prison for a DUI. Sam goes about his daily business denouncing his career of being a preacher, and living his life as a bitter gunsmith. One day, his sister-in-law Laura(Laura Spencer) surprisingly shows up at his doorstep, and things get a bit cozy between the two. Laura is avid in her advances on Sam, but Sam is too preoccupied with the death of his wife to notice the small things Laura does to show interest.

One evening, Laura takes a walk outside when she he attacked by the renegade spirit for Sam’s past. Sam panics for Laura’s safety, and wishes she stays with Charlie but she denies and ends up staying with Sam. Laura’s advances become more apparent, as she continually attempts to seduce the stubborn bachelor. Laura’s suspicious behavior is suspicious to Charlie and his father(Ben Hall), yet Sam is so caught up in his past and present with the beautiful Laura that he cannot listen to the ones that want to truly care for him. This struggle soon catches up with Sam, and he must learn to forgive and move on to finally rid himself of an evil spirit that has haunted him since childhood.

Mike Hanon’s “The Familiar” has an interesting storyline, with plenty of creepy paranormal moments to qualify as a supernatural thriller. The spirit that haunts Sam and Laura is shown through a shadow moving through Sam’s house throughout the movie, and is a quick mist of air that flows through Laura’s hair. The spirit’s point of view is also explored, as moments in which the demon stalks the prey of Laura and Sam is portrayed through a red lens. Many religious lines are crossed through the movie, as Sam denounces his religion and ponders the existence of a higher power by tossing a bible in the air and shooting it with a shotgun.

With a strong attention to character storytelling, Mike Hanon’s “The Familiar” is a supernatural thriller that haunts the audience with its realistic portrayal of a forlorn bachelor trying to find his way after the unexpected death of his wife. The intermix of religious connotations and belief in a spiritual world also further the plot, and eventually leads to a new life for a man that is stuck in his troubled past