Jeff Donchez is a custom pumpkin carver. Jeff works primarily on foam pumpkins. He has created incredible pumpkins for weddings, for events, for businesses, and much more. Jeff and his talented wife, Jennifer also own Yin-Yang Sweets & Treats. The make homemade cupcakes, cookies, and more. Jeff and Jennifer Donchez are two of the most talented people ever. They both have a great deal of skill in everything they do. Jeff took some time to do an exclusive interview with me for Horrornews.net. As Haunt season is in full-effect, if you are looking for a unique or fun gift, check out Jeff Donchez: Custom Pumpkin Carving.

Hi Jeff, thank you so much for taking the time to do this interview for Horrornews.net. I had a long conversation with a friend about digital art, and I said, I don’t think homemade/hand crafted art will ever go away. The actual talent to make an create something is incredible.

Jeff- I 100% agree, art will never go away, mediums might change, but the actual artistry won’t.

How do you feel about that?

Jeff- A good example is the fact that some people are creative, but can’t draw, though they can use their computer and a 3D program and create incredible work. 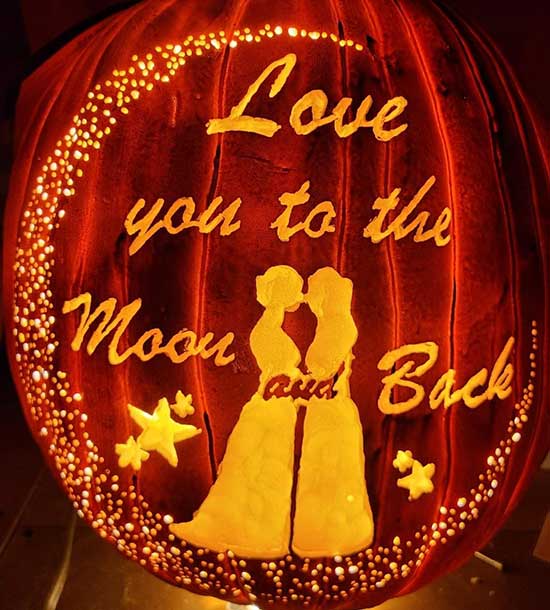 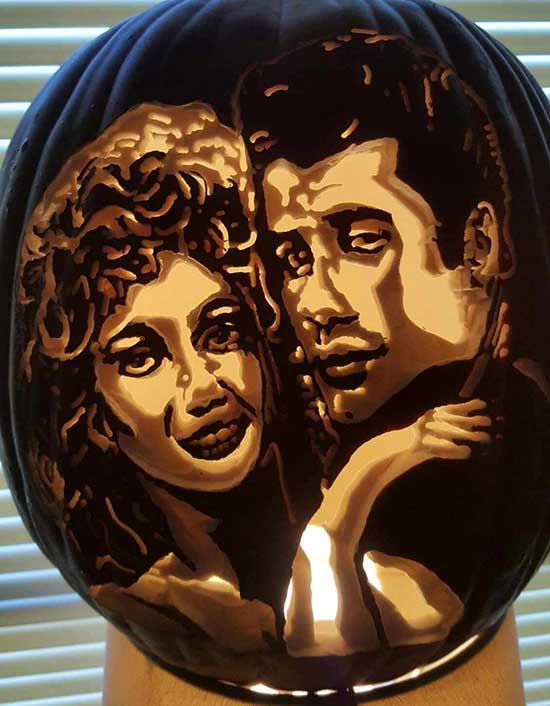 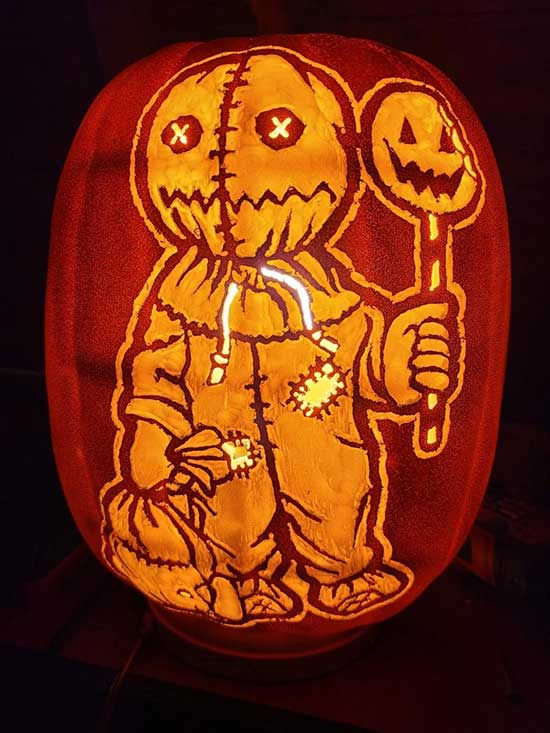 Jeff- As far as what goes through my mind when giving someone a pumpkin they want, it’s a combination of fear, and pride. Pride because, I’m proud of what I did, but fearful that for some reason they might not like it because it’s not what they had in mind or whatever the case may be.

Do you have any advice or words of wisdom?

Jeff- Advice? sure, it all boils down to. “You don’t know what you can do until you try” I’m always up for trying something new, especially creatively, I didn’t know I was good at carving pumpkins until I started to do it. I believe it was the comedian Bill Engvall who was talking one time about the county fair and how every year they have this huge butter sculpture, and his question was “how do you know you’re good at carving butter, I mean, you sit down at the table one day and say ‘I’m going to carve the Statue of Liberty into that stick of butter’?” Other people talk about having “a gift from God”, but how do you know you even have said gift unless you try it?

The only thing I can say is, have fun, if it’s work, it’s more difficult and the outcome usually isn’t as good. Every year I do at least one piece of art, like I’ve done the Mona Lisa, The Singing Butler, Fallen Angel by Luis Royo etc… 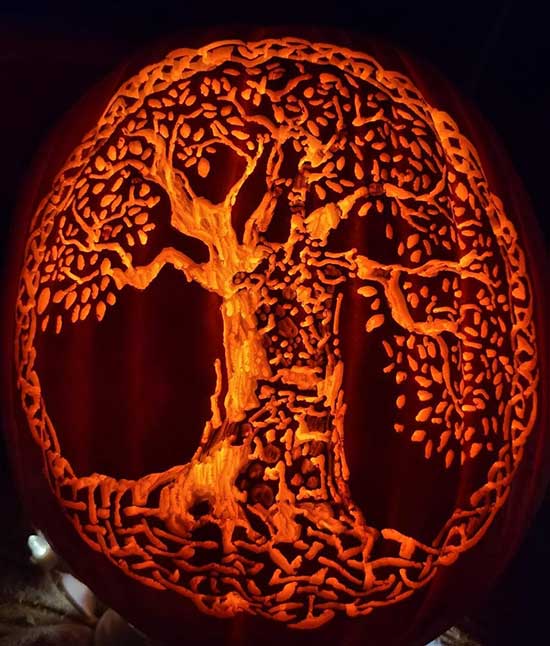 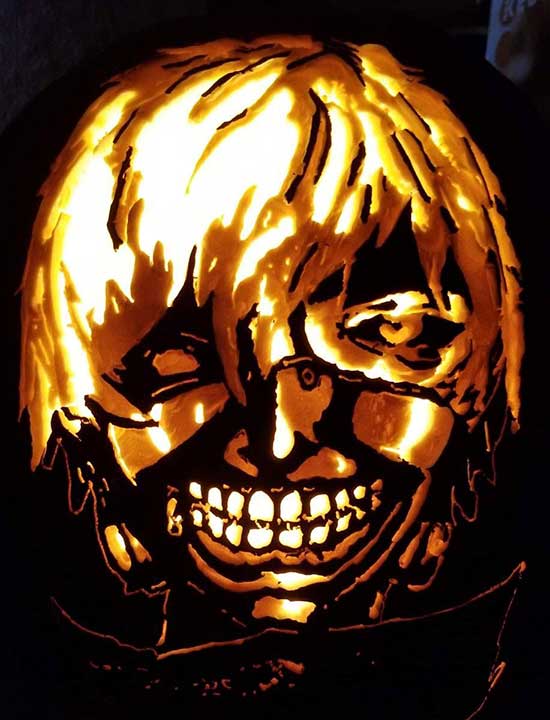 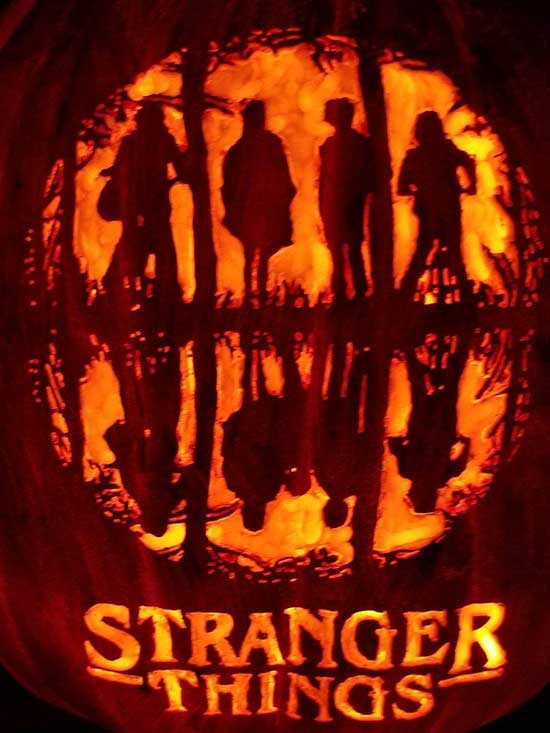 How did you get started with carving pumpkins?

Jeff- I used to carve jack-o-lanterns around Halloween. My daughter was born in 2004 and when she was around two or three, she loved to watch Blues Clues, so as a surprise to her, I found a pattern of blue from Blues Clues and I carved it into a pumpkin for her. After successfully doing that, I decided to try more difficult ones, and continued being successful, so I kept doing more difficult ones, and eventually I moved from Minnesota (where I could carve a pumpkin in September and it would last until April/May) to Pennsylvania where a carved real pumpkin would last eight days or so. So, I looked into carving artificial pumpkins, which of course are more costly, but have the ability to last forever if taken care of, or at least for around 10 years if exposed to the elements for 30+ days per year, and I have been doing so ever since…

What’s the best aspect of creating and carving pumpkins, and please tell us about the process you go through? Also, how can people order a pumpkin from you?

Jeff- People can go about ordering by messaging me through Facebook at www.facebook.com/JDPumpkinCarving or, if they have one of my cards, (which they can get from Gallows Hill Spirits, or if they happen to meet me somewhere) they can give me a call. as for the process, it’s pretty straightforward (for me anyway), first is deciding on what to carve, (be it a picture of a loved one, a horror icon, a music album cover, etc…) and using photoshop to create a pattern for it. (Or you can buy pre-made designs inexpensively from StoneyKins  you can get like 25 different patterns for only $5. Next is printing it to the size I need (sometimes that requires multiple sheets of paper which then have to be cut with scissors and taped together to get the pattern to the necessary size.) The next step a lot of artists debate about. some use diluted school glue to put the pattern on the pumpkin, some print the pattern on labels, personally, I just tape the pattern to the pumpkin. Next is the actual carving which involves (in my case) cutting a hole in the bottom for a light, placing a light in the pumpkin and then methodically cutting (with the use of a Dremel and very small drill bits (1/32, 1/64, etc…)) through the pattern and into the pumpkin. The different shades on the pattern tell you how deep to go. lastly is removing the remains of the pattern after you’re carved, cleaning up/smoothing out parts (such as shaded areas), and then cleaning up the remaining dust. (You can use an air compressor, or water to do this). For me, the best “aspect” of creating the pumpkin is 2-fold, 1, you can watch it evolve as you’re carving it. 2, (and for me, this is the more important one), it’s mindless work, I don’t really have to think about what to do, I just have to do it. Being a computer programmer and systems administrator full time, I am constantly thinking about the what’s and how’s. This allows me to get away from that for a while. 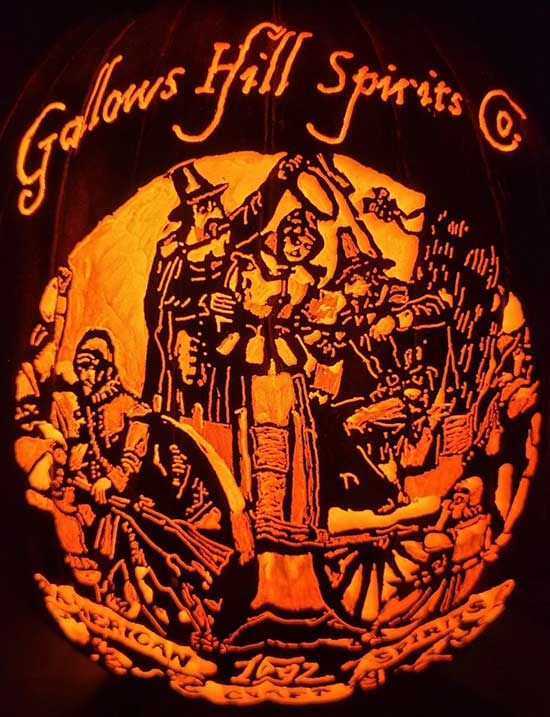 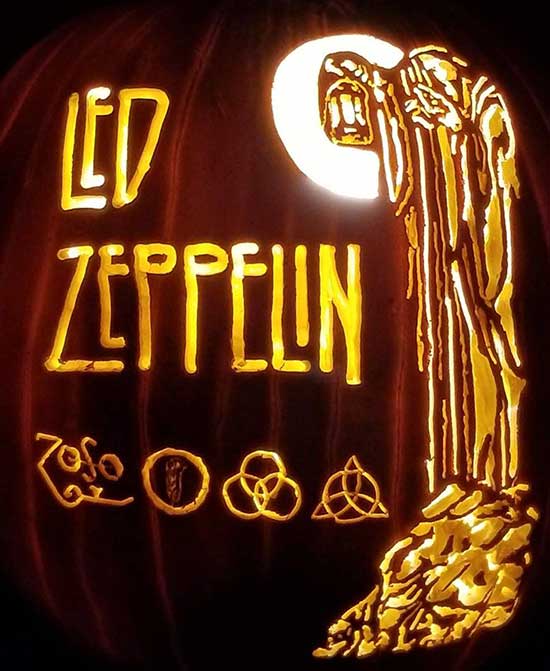 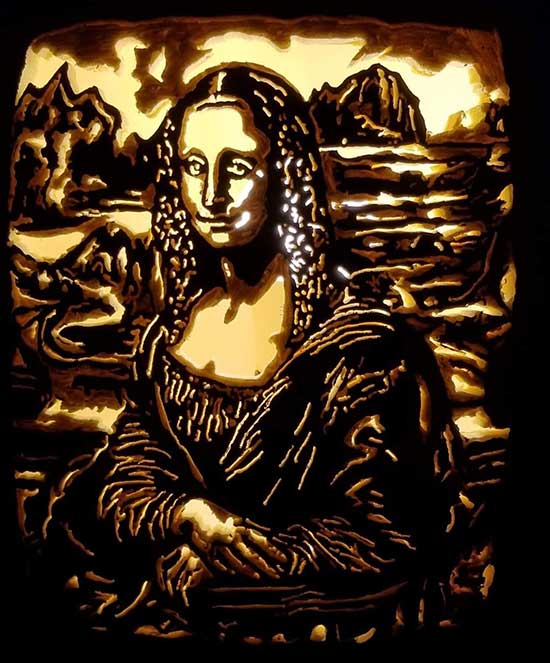 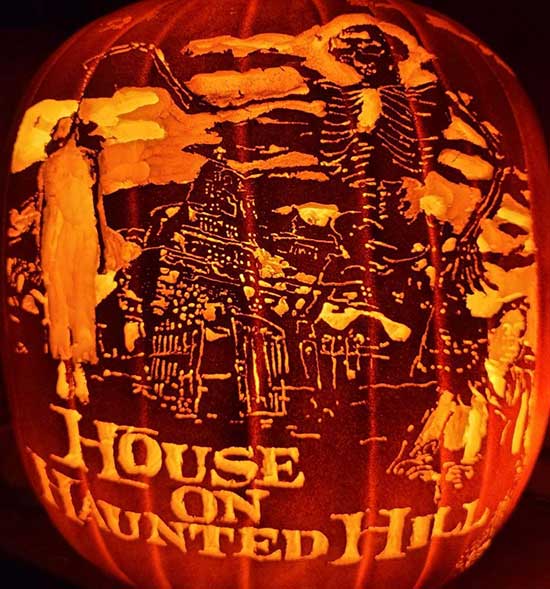 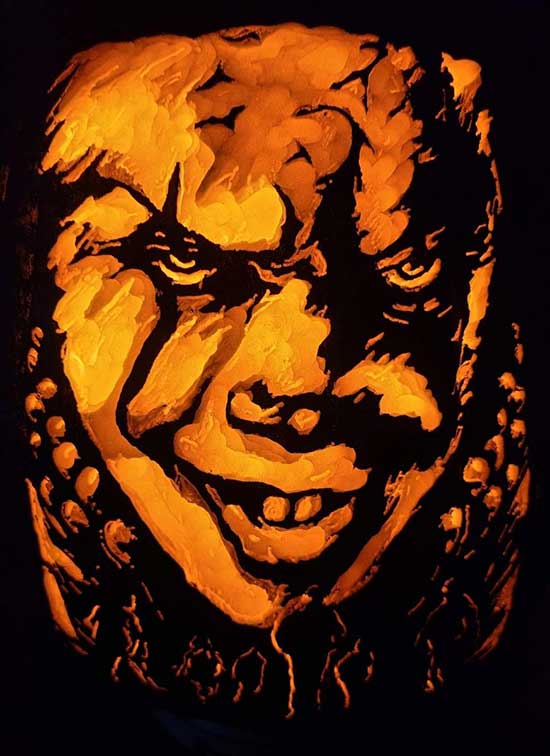 Do you have a favorite pumpkin so far that you have carved?

Jeff- I don’t actually have one favorite, I have three. One is the pumpkin I designed and carved for mine and my wife’s wedding. One is Barnabas Collins from Dark Shadows as that was the first carve, I did on an artificial pumpkin. and one is a design I created when a couple friends of ours were killed in a car accident leaving their 14-year-old daughter, it was kind of an homage to “missing mom”. That’s saying a lot considering I’ve probably carved a couple hundred pumpkins in the past 10 years or so

What has been the most challenging aspect of pumpkin carving for you?

Jeff- I personally think the most challenging part is the smoothing… trying to get the shaded areas so they are all the same thickness without having all kinds of weird lines running through them, etc… the intricacies are just a matter of paying attention to the pattern (a lot of my fellow carvers would probably disagree, but personally, the more difficult the carve is, the more satisfying it is when complete)