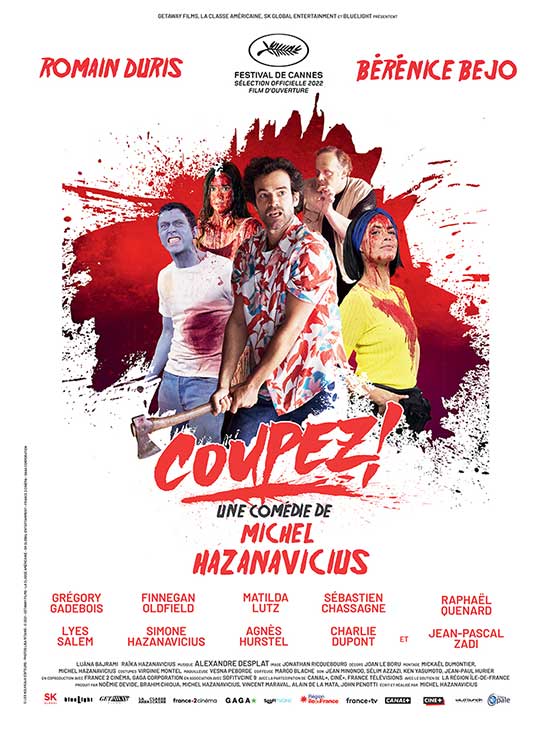 Things go badly for a small film crew shooting a low budget zombie movie when they are attacked by real zombies.

Michel Hazanavicius, writer and director of the multi-Academy Award winning film, “The Artist”, dips his feet into the vast pool that is the genre film to write and direct his first comedy-horror in “Coupez!” (“Final Cut”). It made its North American premiere at Montreal’s Fantasia International Film Festival. 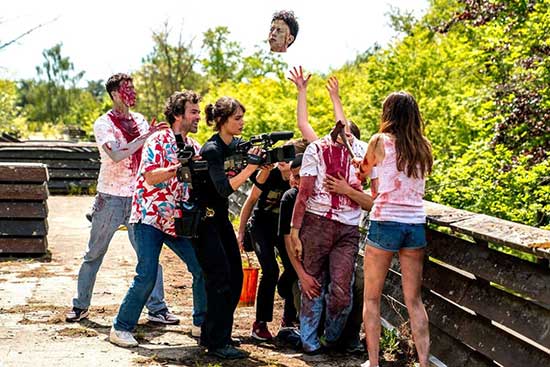 A director (Romain Duris) is filming a very low-budget zombie film when, in the midst of the shoot, a real zombie outbreak erupts, interrupting the planned screenplay. Disappointed with some of his cast’s performance, anyway, he decides to use their genuine fear and emotions to keep the cameras rolling to improvise a whole new script; all filmed in one 30-minute take. Once that’s complete, “Coupez!” backtracks and reveals the months leading up to this original project and how the director, surrounded by his small crew members who believe in him, put the pieces together, for better or worse, improving along the way, to make the entire project come to life.

Sound familiar? If you’ve seen the award-winning Japanese comedy-horror “One Cut of the Dead”, then that’s absolutely normal. “Coupez!” is a French remake of this same, brilliant film which also sent shock waves throughout the Fantasia audience when it made its Canadian premiere back in 2018. To his credit, Hazanavicius succeeds in reheating the delicious experience that was Shin’ichirô Ueda’s original film, yet adding lots of French flavors to it and, without spoiling anything, actually manages to integrate a succulent and surprising twist to it while avoiding unnecessary cheesiness and a downright copy of the original recipe (à-la-“Quarantine” in comparison to the far superior “REC”). Alright, enough with the culinary allusions. 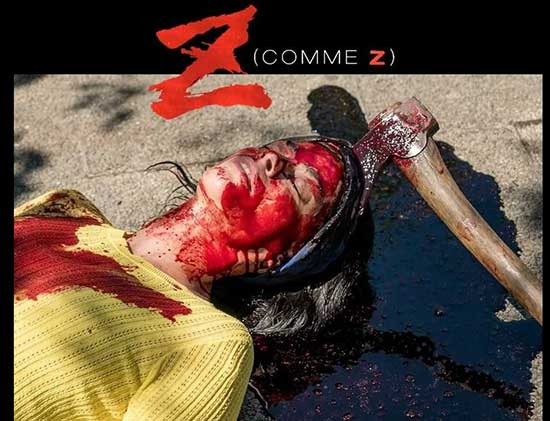 About 80% of “One Cut of the Dead” remains the same, almost scene-for-scene, dialogue included, in this version from France. For those who have seen the original, the hilarity of certain situations and questioning of “What’s going on here? Why is there a pause?” will already have been spoiled by the viewing of Ueda’s feature film. However, having seen it will also give those same people a little more understanding in the French twist of Hazanavicius’ remake. What’s also interesting is to observe how some characters from the original film possess the same importance within the remake, while some have less, others have more. As for those audience members who have never even heard of “One Cut of the Dead”; then jump right on in. You’re in for a hilarious ride. All in all, it’s a win-win situation for different reasons for every viewer. 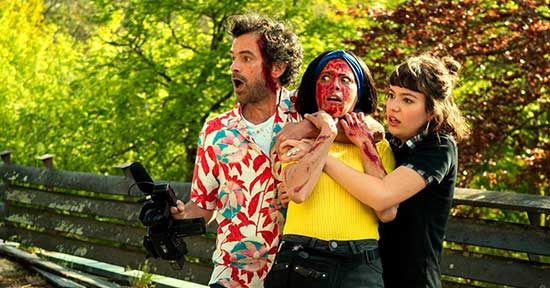 The cast chosen for “Coupez!” is nothing short of spectacular. While Romain Duris and Bérénice Bejo (who starred in “The Artist”) aren’t usually associated with the horror genre, they nonetheless each boast 60+ acting credits across their impressive careers and are incredibly authentic, emotional and hilarious onscreen. Matilda Anna Ingrid Lutz, equally as remarkable onscreen, does have experience in the horror world after having been the main star of “Revenge” and “Rings”, both from 2017. Special mentions go out to Finnegan Oldfield and Jean-Pascal Zadi who should rapidly become crowd favorites for their side-splitting parts. From main roles to the most secondary ones, the entire cast shines vividly for their entertaining performances.

We cannot ignore the sheer ingenuity of the original screenplay, which unfortunately dilutes the credit that can be given to Hazanavicius, since, as mentioned above, 80% of the script seemingly remains identical. That being said, his vision for appealing visual esthetics cannot be argued as the entertainment factor, whether in scenes of action or bodily fluids bursting before the audience, is definitely present. 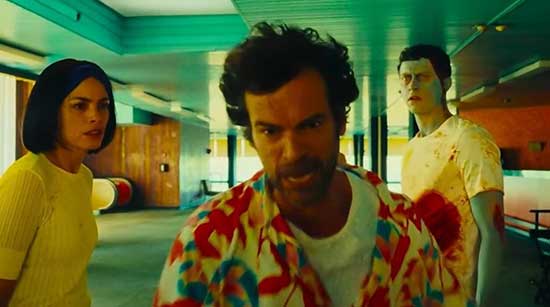 As much as Ueda’s “One Cut of the Dead” was an “inception” project of its own film, Hazanavicius’ “Coupez!” pushes it one degree further. Despite literally transposing most of the initial innovation into its latest reimagining, the film remains a hilarious comedy-horror to definitely be discovered by all lovers of the popular subgenre, receiving a final grade of 7/10.