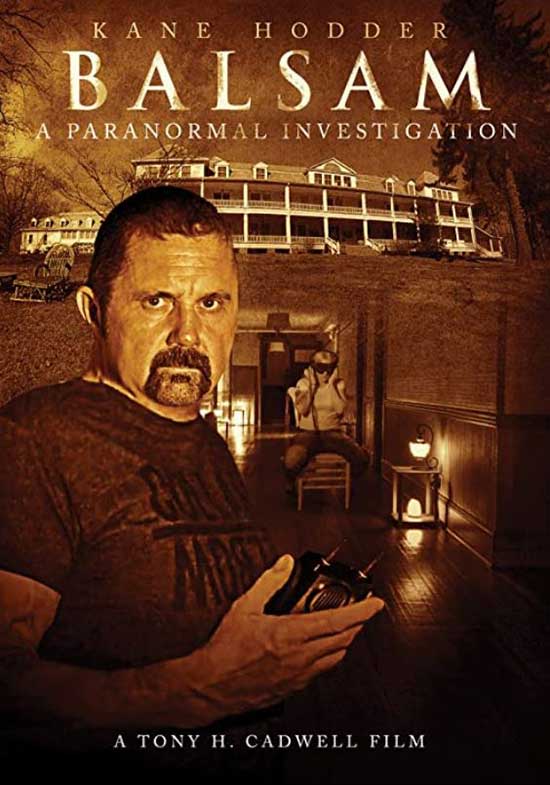 Horror Icon Kane Hodder (Friday the 13th VII, VIII, IX, X, Hatchet) leads a team of paranormal investigators as they investigate The Grand Old Lady Hotel in Balsam, North Carolina. The Grand Old Lady Hotel is a 112-year-old, 40,000 square foot hotel with a disturbing past. Nestled in the Appalachian Mountains of North Carolina, the hotel is referred to by locals as the south’s Stanley Hotel.

Directed and written by Tony Cadwell.

They take us to The Grand Old Lady Hotel, which is a 112-year-old, 40,000 square foot hotel in Balsam, North Carolina. It’s a small town and of course the land was taken from Native Americans. The real history of America should be acknowledged. The history of stolen land.

Balsam has a population of 49 people. Amanda Hannah is a paranormal investigator. She takes us on a deep-dive of The Grand Old Lady Hotel. She explains how it was built and she thinks it may not have had some of “the best energy anyway.” It makes sense.

The owner Marzena of the hotel is interviewed. She is a skeptic. This starts on February 29, 2020. They start with footage from inside The Grand Old Lady Hotel. They are using an ovilus is a device used in paranormal investigating. You can order them on Amazon but you may want to make sure you know what you’re doing.

Amanda meets with Kane and she goes over everything. I can only imagine what it’s like to stay in a place like this. One day, I’m going to just travel across the country and visit every place. They do manage to capture some activity.

I’ve had way too many experiences happen to me to not believe. I still remain a skeptic though. Now, they flash forward to August of 2020. Kane leads a team of investigators. If anybody forgot Kane was a part of the Hollywood Ghost Hunters which included Rick McCallum, R.A, Mihailoff.

He requests to do a walk through of the property which I was waiting for. Thank you, Mr. Hodder. Amanda gives Kane an ovilus to use. Balsam is steeped in history and I’m glad that they are sharing the history.

Paranormal investigating isn’t easy, I’m not an expert. But what I do know is when you are asking questions they shouldn’t be “provoking” if you will. If there are spirits that are here, tormenting them. So far Balsam is thought provoking, powerful, the information and history being shared is meaningful.

There is a “bullshit” vibe which I never have gotten from Kane Hodder. I have been able to attend quite a few paranormal investigations at old historic homes, prisons, small locations, larger locations. There is always a certain energy and feeling you come across.

Watching them do this and use the ovilus was fascinating. Kane Hodder also has a genuine fascination and interest in this which makes Balsam even more fascinating. You want to know what they see, what they hear, what movements, and feelings they have.

Mark notices the different crucifixes and Amanda explains some of the factors that go in to why they are there. I loved some of Kane’s theories and the thought-process he was going with in regards to Balsam not being hokey.

Kane is having conversations with the spirits/entities he’s trying to communicate with. It feels genuine. I know I keep reiterating this. Amanda also does this, she has conversations, she explains things. It’s not just, “is anybody here?” I think saying, “thank you” and “I appreciate it” is also showing a kindness towards the spirits.

Kane is drawn to one of the rooms. When you listen to recordings from paranormal investigations, it can hours of recordings, it can be moments of just a sound. They are about to go in another part of the hotel. Kane is trying to enter the room. 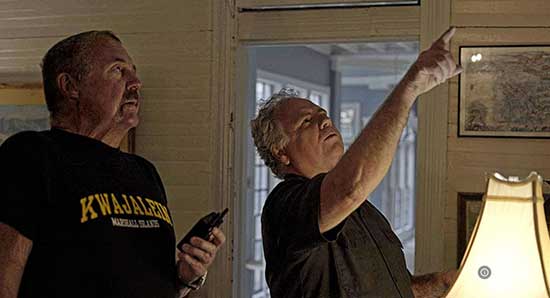 I love that Kane talks about his wife and family. Kane is granted the opportunity to go into the storage area. It’s eerie. I also think that if you go in the places that are the most uncomfortable (safe too, structure-wise) you may get different energy.

You have a chance to real quiet, to listen to what’s around you. Some places are low, cramped, stifling, claustrophobic, they have strange passage ways. It’s not always easy maneuvering around certain areas. I think sometimes people think if you go in and ambush the place, you will get the ultimate paranormal experience but it’s not that simple. A lot of times slow and steady seems to get the evidence.

A lot of fascinating things occurred during this investigation. They took time with everything and they were respectful, and Tony Cadwell did an excellent job. He put heart in this project.

Make sure to check out, BALSAM: A PARANORMAL INVESTIGATION.