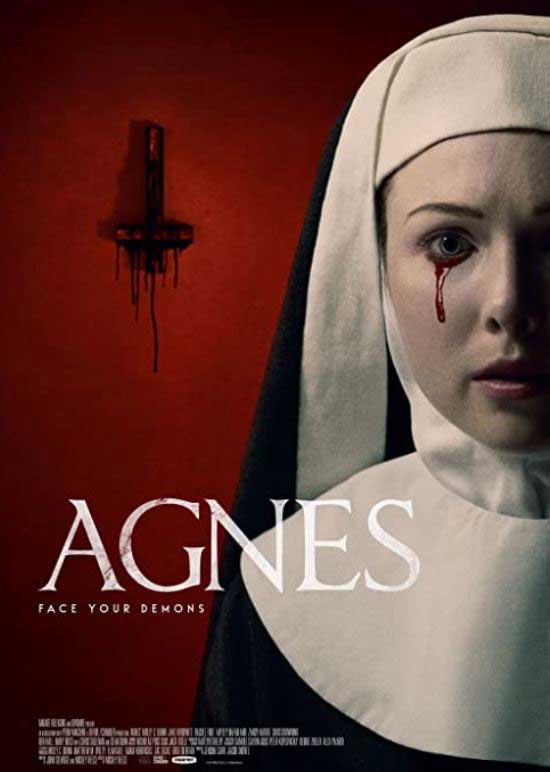 A nun’s disturbing behavior sparks rumors of demonic possession at a remote convent. When a priest-in-waiting hand his disillusioned mentor are sent to investigate, their methods backfire, leaving a wake of terror and trauma.

Agnes was directed and written by Mickey Reece and John Selvidge.

The last film Mickey Reece made was Climate of the Hunter. It was such a beautifully made film. I was anxious to see Agnes. Agnes opens with a group of nuns having cake, and well one of the nuns shows tell-tale signs of being possessed.

Father Donaghue (Ben Hall) and Benjamin (Jake Horowitz) are having a conversation, Benjamin has been sent to “fetch” Father Donaghue so he can handle this potential exorcism. They need the Father to see what is wrong with the nun, and if she is exorcism worthy. We also meet Father Cappa (Chris Freihofer).

Ben Hall is so great, he was also in Mickey Reece’s film, Climate of the Hunter.

Father Donaghue goes and meets with Mary (Molly C. Quinn). Possession movies are always fascinating to me. They have a way of terrifying you. There is this strange aspect of, is this real? Could this happen? I think having an open mind is helpful. But you certainly do not want to invite demons in.

The nuns are given a speech and told that the Father is coming to see them. Sister Mary is the youngest nun. Hayley McFarland portrays Sister Agnes. The nuns chatting about how cute Benjamin is, is the best thing ever. Sister Honey (Zandy Hartig) and Mother Superior portrayed by the amazingly talented Mary Buss. The amazing Rachel True portrays Sister Ruth.

Father Donaghue starts right away, he meets Sister Agnes and her demon that’s possessing her. So far Agnes is a great film. Father Donaghue is nonchalant about all of this. He also speaks to the sisters and them seem almost mesmerized by him and his words.

Father Donaghue talks about walking through the darkness to get to the light. It’s powerful when you think about it. Some people go through so much in life and yet they remain positive. Father Donaghue decides to have Sister Honey bring Sister Agnes to mass. This didn’t go too well.

Father Donaghue wants to call in reinforcements, they cut to Father Black (Chris Browning) being interviewed on TV. I always love the dining scenes in Mickey’s films, the random food and cake references. Father Black talks about living with his sister who was and may still be possessed?!

Mary seems comfortable with Agnes. Father Black is called in, and it gets extreme. Father Black thinks he’s got everything under control. This exorcism is just going south real fast.

Mary decides to go into another field in life. She is working at a store now. We meet Wanda (Ginger Gilmartin) and Mary’s boss, Curly (Chris Sullivan). I get complete creepy vibes from Curly but maybe that’s just me? Mary decides to meet with Sister Ruth and Sister Honey for lunch.

Mary has bigger problems now. I sort of expected this in a way but I didn’t expect it. Mary has to meet with Benjamin because, well, she bit Paul. Did she bite Paul or is she possessed? When I say bite, I don’t mean a love bite, she full-on drew blood. Mary shares more with Benjamin. Benjamin also shares with Mary. 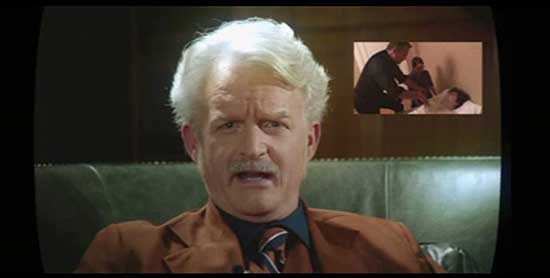 The movie asks a lot of questions. It proposes a lot of scenarios and what could happen. The cinematography was great, the effects were beautifully done. The actors are incredible.

I would recommend checking out Agnes.