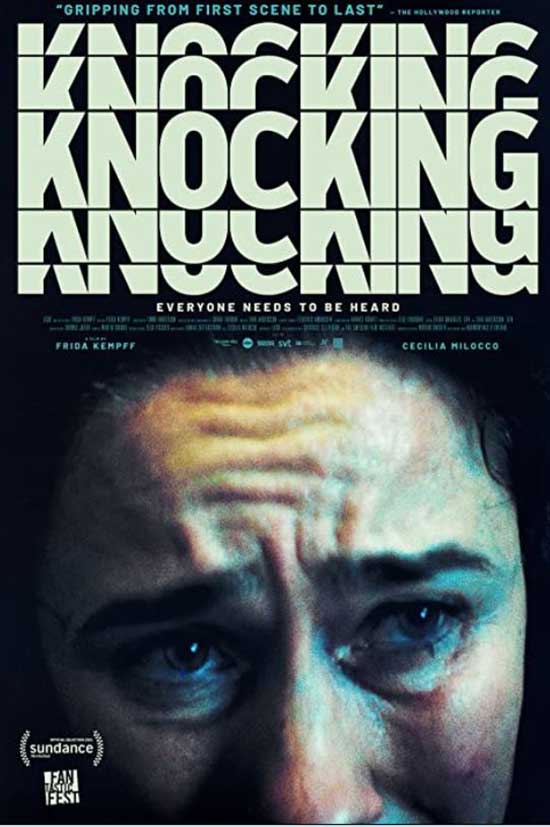 After suffering a traumatic incident, Molly (Cecilia Milocco) moves into a new apartment to begin her path to recovery, but it’s not long after her arrival that a series of persistent knocks and screams begin to wake her up at night. Molly’s new life begins to unravel as the screams intensify and no one else in the building believes or is willing to help her.

Over the years I talked to a lot of people that have heard noises or knocking sounds late at night or during the witching hour. Knocking was directed by Frida Kempff and written by Emma Brostrom and Johan Theorin.

The film opens with such a serene shot, pure peace. We meet Molly (Cecilia Milocco). Molly’s leaving the psychiatric facility and heading to an apartment. Molly meets the super named Peter (Krister Kern).

Molly is finally in her apartment, and she’s setting some of her stuff up. She’s reminiscing and she has that look of, I’m trying, I’m trying too just be okay. Knocking isn’t going a million miles an hour but it has an eerie mystery to it. The unknown is often the scariest. 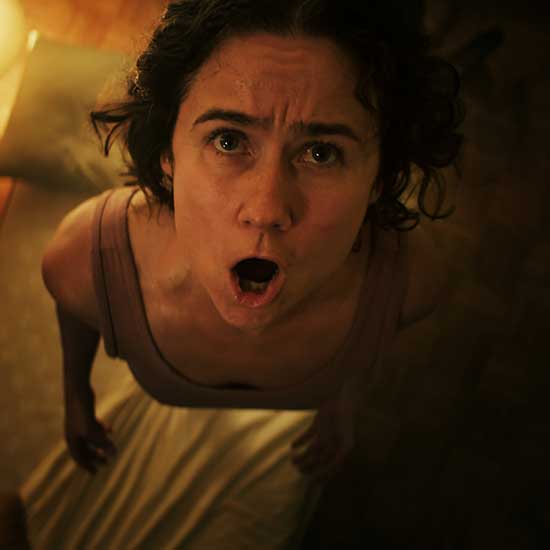 Molly keeps flashing back to memories, and she seems like she’s about to go to sleep and she starts hearing the knocking… Bad memories, ghosts, loud neighbors, a death knock? What could it be? Molly decides to visit her neighbor Kaj (Ville Virtanen) and she asks him about the knocking.

He isn’t doing the knocking. He suggests maybe someone is doing renovations… Okay, so maybe his guesses were less suspicious than mine. So, there is a heat wave now and Molly is trying to go to sleep again. There is more knocking. This knocking almost sounded like it was at her door, it wasn’t though.

It’s the next morning and Molly gets a call from the ward where she was staying. They are calling to check in on her, and he advises her to try and get back to what she was doing in life. She goes out and picks some stuff up, she spots Kaj, her semi-kind of creepy neighbor.

He may not be creepy but it seems that’s what he’s giving Molly looks. Maybe he thinks Molly is creepy? Maybe they don’t think anything about each other? Molly decides to get dressed up and listen to a beautifully bluesy version of Lesley Gore’s song, “You Don’t Own Me.” 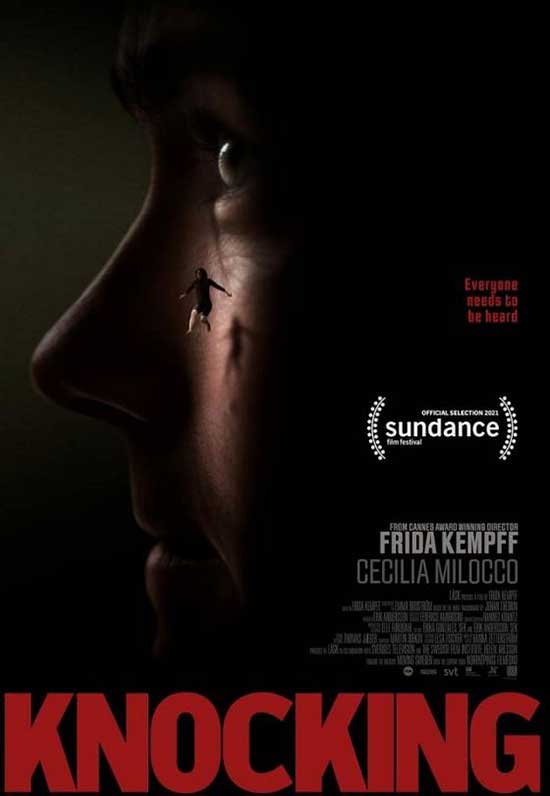 Molly’s dancing and trying to forget real life and boom, the knocking starts. She looks up Morse Code. She does some more investigating to find out where the knocking is coming from. Stuff like is insane because Molly has already had a traumatic event happen and now it’s as if, oh she’s just crazy.

Like, I said earlier I talked to a lot of people who have heard knocking, strange noises and things that go bump in the night. Molly becomes almost hyper-aware of things. Molly hears something, sees something, calls police, and well they treat her dismissive.

It’s really sad that NOW, in the world we live in now, people with mental health issues or even just problems, life problems are even semi-okay to talk about things now. It’s really sad and especially with everything going on in the world.

It’s also sad how dismissive people are of one another. But it also stems from lack of trust and how people were or are treated in life. The officer tells Molly to drink plenty of water because of the heat. Maybe the heat is adding on stress? I know, “it’s just a movie.” Molly has resorted to doing what a lot of people do in times of stress, she’s laying in bed staring at her phone.

The knocking continues and Molly’s sanity is being pressed. Who does one call when hearing “knocking”? The super of the building comes to tell Molly he’s finally putting her name on her apartment.

There is a stillness with this movie. Frida does an amazing job directing. The pace of the film moves a little more. Molly is just frazzled and they do try to lock her up again. Cecilia Milocco does a great job of portraying Molly. She gives her depth, compassion, and you can tell she was pushed to the brink playing this character.

She helps Molly conquer the demons. I would recommend checking out Knocking.