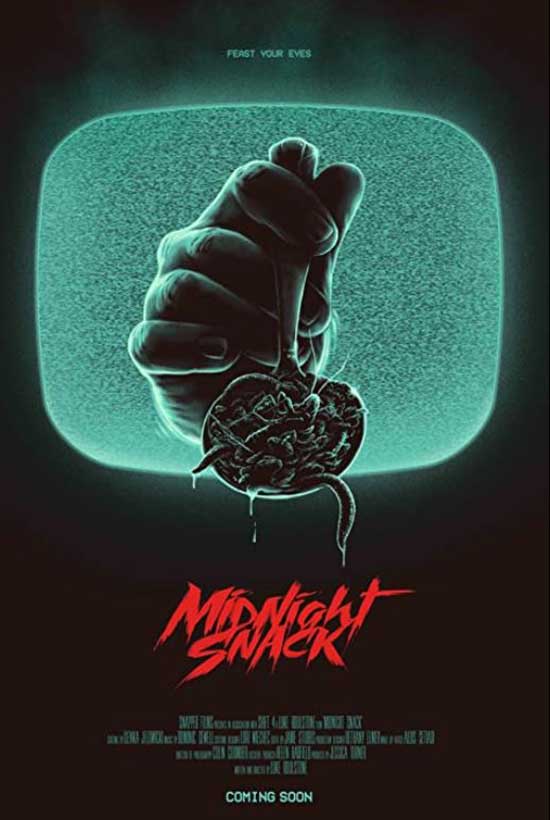 Sit down, relax, let the clock strike twelve, and allow your subconscious to become hypnotized by the Biblical droning of a possessed television. We promise to satisfy your hunger, your thirst and your sweet tooth.

The Horrible Imaginings Film Festival 2021 is one extraordinary film festival. The way the films are set up in certain title blocks to tell a story. The “Dangerous Knowledge” Short Film Showcase shows us three great films. My Religious Family, Santayana’s Passage, and Midnight Snack. 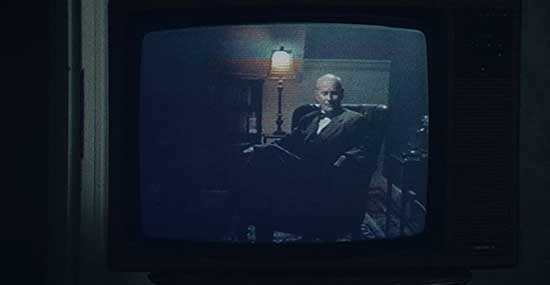 Midnight Snack might make you want to rethink grabbing a midnight snack. The films in this block make you question things. Why do people do the things that they do?

Directed and written by Luke Roulstone, Midnight Snack is a creepy reminder to maybe avoid those late-night snack cravings.

A Midnight Snack opens with Greta (Hannah Boyde) sleeping somewhat soundly. She gets up and goes for a midnight snack, that well… Let’s say, NO THANK YOU! Greta is having a nightmare maybe? She is sitting in her living room listening to a serious message from the creepy late-night TV presenter played by James Vaughan.

Jennifer Armour portrays the Cavernous Crunch star. Luke Roulstone does a good job with this film. It’s creepy, and makes you think.

Make sure to check out Midnight Snack