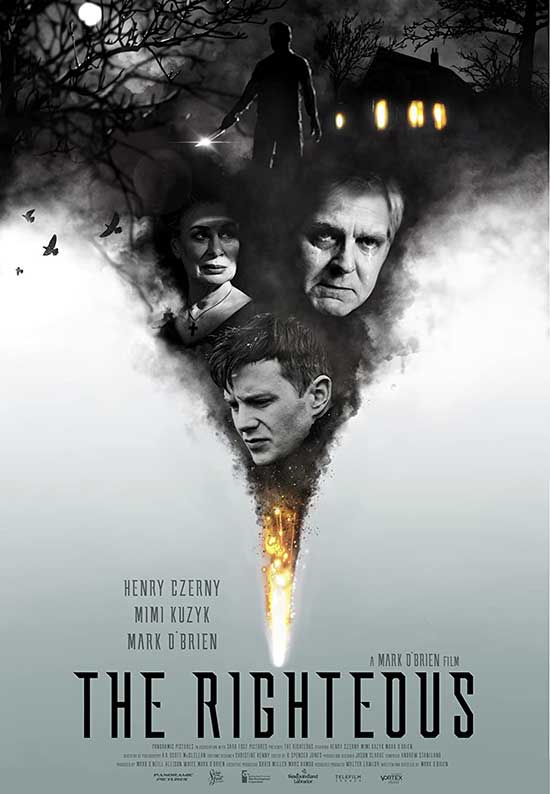 A somber tale of an unexpected visit flipping a couple’s lives upside down is at hand in “The Righteous”; written, directed and starring the up-and-coming Mark O’Brien in his feature film debut behind the camera. His newest project made its world premiere at Montreal’s Fantasia Festival.

Frederic Mason (Henry Czerny; “Ready or Not” and “Mission: Impossible”) is a former priest who has left the clergy, years ago, to start a family with his wife, Ethel (the excellent Mimi Kuzyk), in a modest little farmhouse. Tragically, they have lost their daughter and have never been the same again, understandably so. One night, an injured young man, Aaron (Mark O’Brien; also having starred in “Ready or Not”), stumbles onto their yard, asking for help. Frederic takes him in even though his spouse seems hesitant, but the next morning, the roles have changed. Surely enough, the elderly couple grow accustomed to Aaron’s presence as he seems to eerily fill the immense void in their lives, as the one night he was supposed to rest up in their home turns into much more of an extended stay. Aaron is asking more personal questions, intruding on Frederic’s hidden feelings and secrets, and is about to shatter their lives completely with one unaskable question. 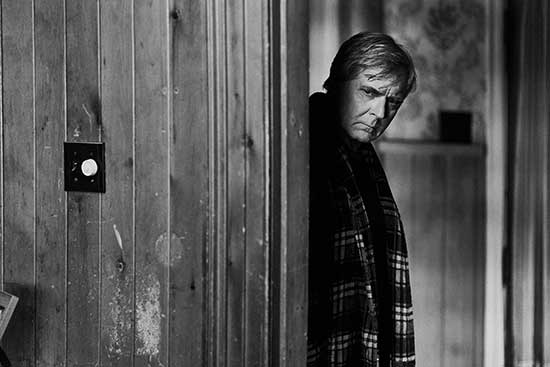 For a multi-tasking debut of writing and directing, in addition to leading the uneasy awkwardness onscreen, Mark O’Brien does a phenomenal job. His decision to present the entirety of the film in black and white adds so much more of a dark, depressive tone to the film, matching its actual atmosphere perfectly. The unsettling violin soundtrack often used throughout the movie will rock you to your core as it melts into the film’s mood in resonating fashion.

Mark O’Brien, and especially Henry Czerny, carry this film on their shoulders with some solid performances in their respective roles. The duo already had hit it out of the park with their father-son roles in 2019’s “Ready or Not”, but they go all-out in this one. O’Brien succeeds at seeming like a respectable, polite young man at times, while exhibiting some terrifying sociopathic ways as his character’s motives unfold. Czerny, for his part, delivers all the raw, emotionally devastated power that a grieving father would be feeling after the horrendous tragedy that has crushed his will to smile. “The Righteous” only relies on a cast of 6 individuals, which means that the few that are present must be able to transport this movie into success. Luckily, everyone is genuinely credible in their portrayal of their characters, but needless to say that Czerny and O’Brien truly stand out as the pillars of the emotion, discomfort and heartache of the tale.

Mark O’Brien’s film plays a lot on religion, obviously, dealing with an ex-priest. Despite having stayed away form the Church for quite some time, Frederic still goes to discuss his pain with a priest-turned-friend, sometimes. Ethel and he have kept some religious traditions as well throughout their home and daily routines. More importantly, without spoiling anything, the film revolves heavily on religious fate and the concept of good and evil. 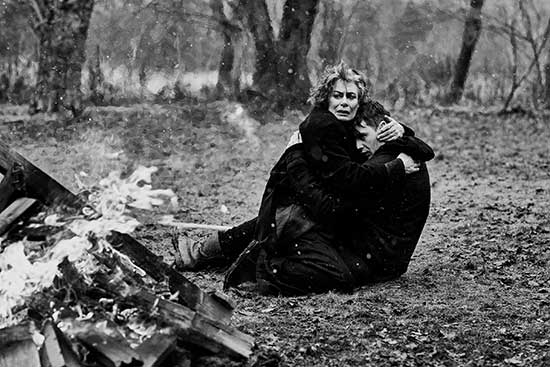 With some tragic twists throughout its storyline and an ending you’ll be thinking about long after the credits roll, O’Brien proves he knows how to write up a full-length movie. His directing skills are on point, just as every actor making “The Righteous” for what it is: a solid horror film leaning on its dramatic side, but with a shock factor you won’t see coming. Hopefully, Mark O’Brien continues on his behind-the-camera career (as well as in front, as he is a pure delight to take in) because he should definitely be on everyone’s cinematic radar. His first feature film receives a remarkable score of 8/10.