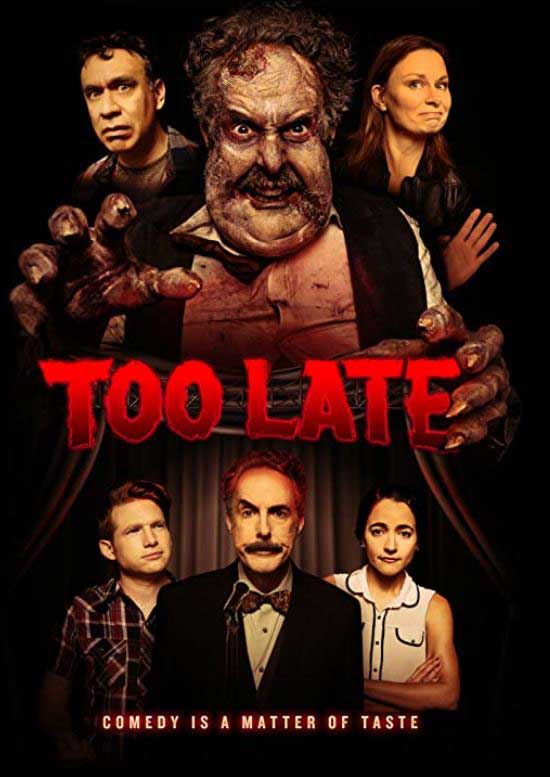 A lonely assistant finally finds love and must escape her monster of a boss before she and her new love become his next meal.

Balancing comedy and horror is a very fine tightrope to walk, and much harder to pull off properly than it would first seem; veer too hard towards the comedy and you end up with a skateboarding Freddy Krueger, and lean too much into the horror and the laughs pale in comparison with the blood-letting. The occasional gem like An American Werewolf in London gets the balancing act just right, but most attempts seem to end up being either watered-down horror played mainly for laughs (see the recent Werewolves Within) or overly dark horror with the occasional cheap laugh tacked on for appearances sake. That being said, when a comic horror knows exactly what it’s aiming for and stays true to its intended tone, the results can still be hugely entertaining – which side of the fence does the 2021 movie Too Late fall on?

Coming to us from writer Tom Becker, and directed by D. W. Thomas, Too Late clocks in at a brief hour and twenty minutes. The story centres around Violet Fields (Alyssa Limperis), long-suffering assistant to comedy club impresario Bob Devore (Ron Lynch). Violet acts as a ‘booker’ for Bob, scouting out local stand-up talent to appear at the titular Too Late comedy club; she’s also a frustrated comic in her own right, who we quickly realise is in thrall to the controlling – and more than a little odd – Bob.

Bob, as it turns out, has something of a dark secret; not much of a spoiler to reveal that he is in fact an ancient monster of an undisclosed nature, although he veers closer to being a vampire than anything else – you see Bob really likes to get to know his acts, basically by devouring (Devore – devour, I see what you did there!!) them whole. Violet is a reluctant and secret partner in Bob’s sordid lunch habits, and tries to only give him the douchier stand-ups to snack on – case in point the sleazy Dax Hanlan (Billy Breed), who attempts to use Violet’s connection to Bob to further his career, and whose idea of wooing a lady is to basically sexually assault her; as such Violet has no qualms in offering up these kind of lowlifes for Bob to munch on.

This dynamic is severely tested when Violet meets Jimmy Rhodes (Will Weldon), a charming and refreshingly self-effacing local comic; Jimmy’s lack of ego and humble outlook soon win Violet’s heart. Bob however, sees another side to Jimmy – one that would go well with ranch dressing and a nice side salad; obviously this isn’t going to end well for one side of this reluctant partnership.

Too Late plays its hand early on, with an amusing intro sequence from the point of view of local pooch Eli; it’s clear we’re not looking at Exorcist levels of soul-clutching fear here, but rather a laid-back comedy vibe – horror is taking a bit of a back seat here. But you know what – it really works! The cast are uniformly excellent – Lynch really sells Bob as the misanthropic but hilarious monster, and Limperis actually manages to mine some pathos and genuine emotion from Violet’s slightly sad story of unfulfilled potential. 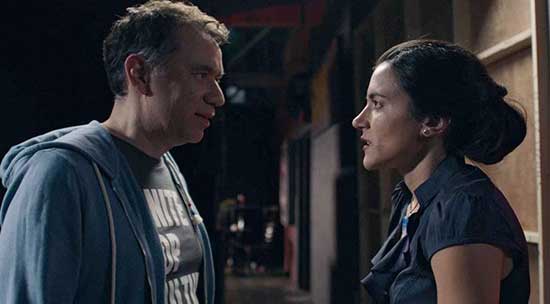 On top of that the writing and dialogue are top notch; the stand-up sequences feel natural and unforced, something that often feels off in movies centred around comedy performance. The metaphors at work here are really on the nose (fame is a voracious monster that literally eats and shits out those that seek it at the expense of all else), but that’s completely intentional and delivered with a knowing wink; it’s not subtle but it’s not trying to be, it’s trying to make you laugh – and Too Late really succeeds at that. 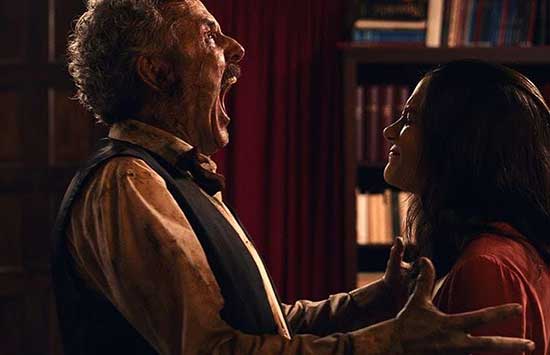 I personally could have stood for a bit more on the horror side (as someone who dislikes the August Underground series for not being extreme enough) but appreciate that the movie will appeal to a wider audience for avoiding mass bloodshed; there’s no sense of fear or menace to proceedings at all, but the dynamic works well as a whole. Overall, Too Late is a funny, charming and surprisingly warm little comic horror that’s really entertaining; even the end credits raise a chuckle, with a series of period photos and pictures of the ever-changing Bob from performances past. If you like comic horror with the emphasis on comic this is well worth your time.