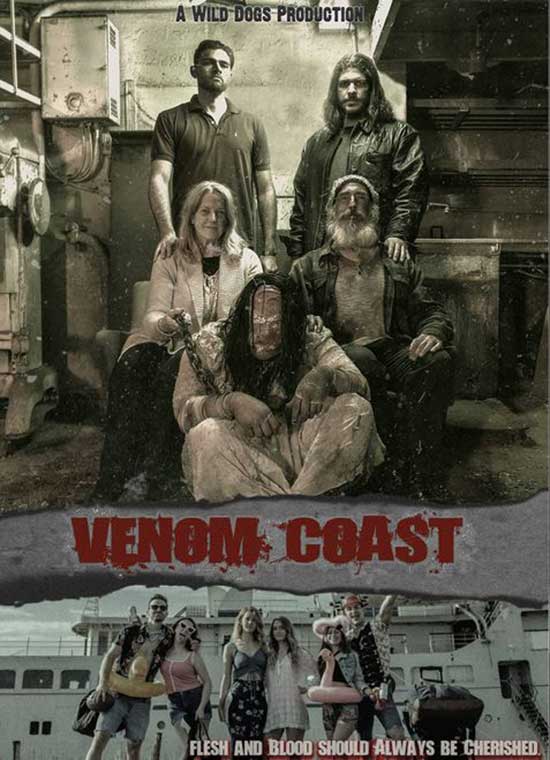 A group of friends are stalked by a family of killers on a vintage cruise ship.

Beware who invites you on a free cruise ship; it might be the last ride of your life. Sounds cheesy? Never as much as Michael Fredianelli’s “Venom Coast”.

A group of young adults about to leave on vacation are invited by a young man on his family’s cruise ship to get to their destination. The only thing that they don’t know is that the ship was stolen off the owner (who was murdered by the family) and that this crazed circle of blood is hellbent on picking off their guests one by one in the most violent of ways. 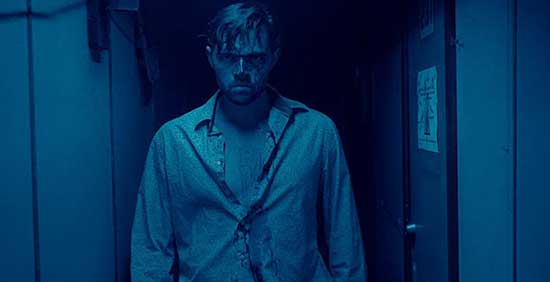 “Venom Coast” is a tedious experience from (almost) the beginning to the end. I specify “almost” because the one of the very few silver linings from the film is the minute or two of decent soundtrack during the opening credits, right after an amateurish first scene with below-average camera quality and sub-par acting skills. The rest of the movie is goes downhill right from there.

Fredianelli wrote and directed this small budget horror flick, putting minimal effort into the design of his characters. The protagonists are purposefully obnoxious and annoying (being young party animal douchebags, leaving on vacation), yet the audience will never get to root for any of them as none of them have any likability at all. At the other end of the spectrum, the family of antagonists seems like a very pale imitation to the ones seen in the classic “Texas Chainsaw Massacre”. They include young family members as the muscle, a long-haired, imposing, bizarre family member with bandages to cover his face, and even have a creepy grandpa in a wheelchair. Sadly, the main highlight of the family, Kirk (interpreted by Anthony Jan Potter), performs in a very mechanical, rehearsed and ungenuine manner, making it hard to enjoy his character or be intimidated by him.

When it was mentioned above that the soundtrack during the opening credits was appealing, things get quite peculiar with the ominous score as the group of hooligans approach the cruise ship. It oddly resembles (dare I say “copies”?) part of John Carpenter’s score of the original “Halloween” from 1978. Aspects from the script itself may bother you as well, where you’ll witness a weak character manage to overthrow much heavier corpses overboard and into the sea with ease, police officers making very doubtful decisions and poor executions skills, as well as motives for the murderous ways of the family remaining vague and unclear, despite them attempting to explain.

If those facets of Fredianelli’s movie don’t create much of an inconvenience for you, then perhaps the technical execution of some effects might. At times, the blood seems overly thick, while in other scenes, it has an orange-brownish color. When automatic rifles unload their clips on metal, rapidly disappearing CGI smoke appears onscreen, making sure you either laugh at its atrocity or roll your eyes in the back of your head. Finally, even though not every actor is horrible in their portrayal of their character, let’s just say that only a few of them are more genuine and credible than others. 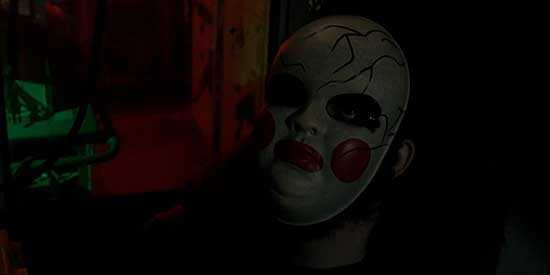 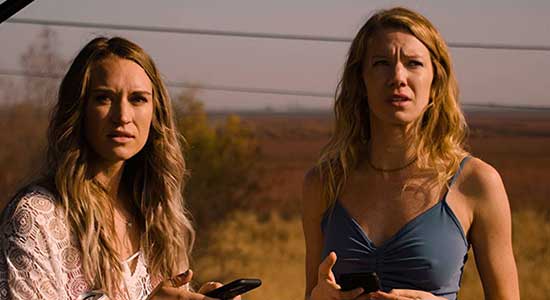 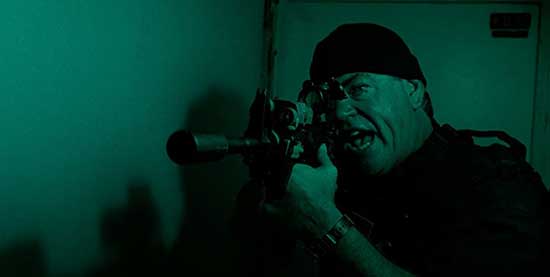 While “Venom Coast” may have a noble attempt at a surprising ending, the cheesiness in the scene leading up to it (paired with its cringe-inducing “emotional” score) will absolutely ruin it for you. Michael Fredianelli’s attempt at a tale of a violent clan seeking blood and violence could be described as a cheap rip-off of Tobe Hooper’s “The Texas Chainsaw Massacre” on the set of “Friday the 13th Part VIII: Jason Takes Manhattan”. A truly disappointing slasher film that ranks very low on the list of 2021 horror movies, receiving a mediocre grade of 4/10.