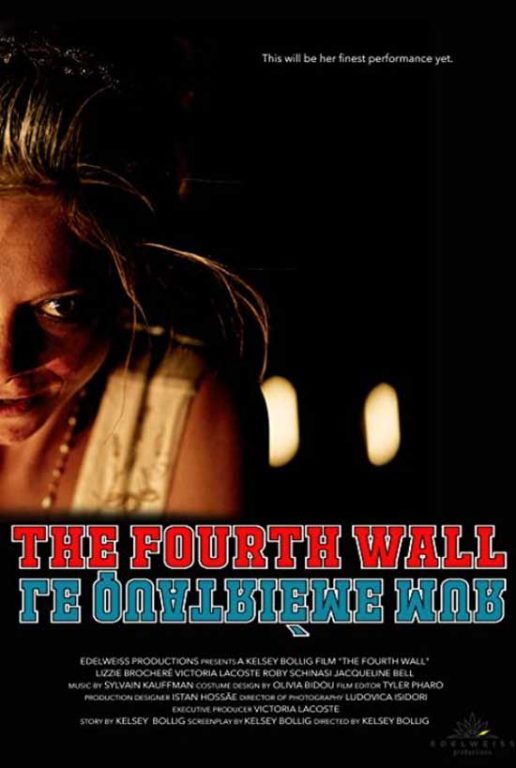 Chloé fights for her moment in the spotlight. How far will she go to upstage the annoying actors with whom she is forced to perform Shakespeare’s ‘A Midsummer Night’s Dream’?

The Etheria Film Festival 2021 features films all directed by women.

The Fourth Wall was directed and written by Kelsey Bollig (Asking for a Friend), The Fourth Wall is beautifully shot. It tells the story of Chloe (Lizzie Brochere). It’s a beautiful film. It gives you Gaspar Noe vibes with the tormented frazzle of The Black Swan.

Chloe (Lizzie Brochere) was performing and she seems to be flustered and losing her sh*t. 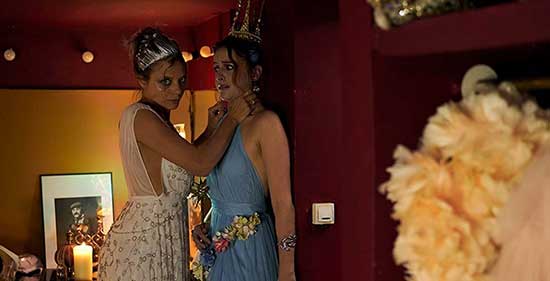 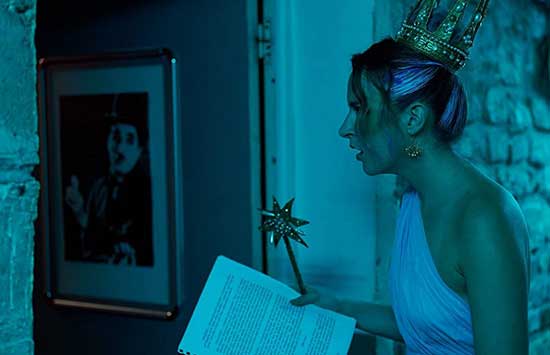 Chloe wants more, feels like she deserves more. Chloe is in this maddening stage. The different tones and colors that mix throughout the film match the mood. It matches everything from the determination, the rage, chaos, and anger.

Alice (Victoria Lacoste) has the part that Chloe wants. This monstrosity overtaking Chloe is too much for her. It’s Shakespeare and Macbeth with the festering wrath.

Chloe does what she came to do, takes her bow, and realizes maybe her insanity is sanity. This short film, I NEED TO SEE MORE! Bring it!

Make sure to check out The Fourth Wall