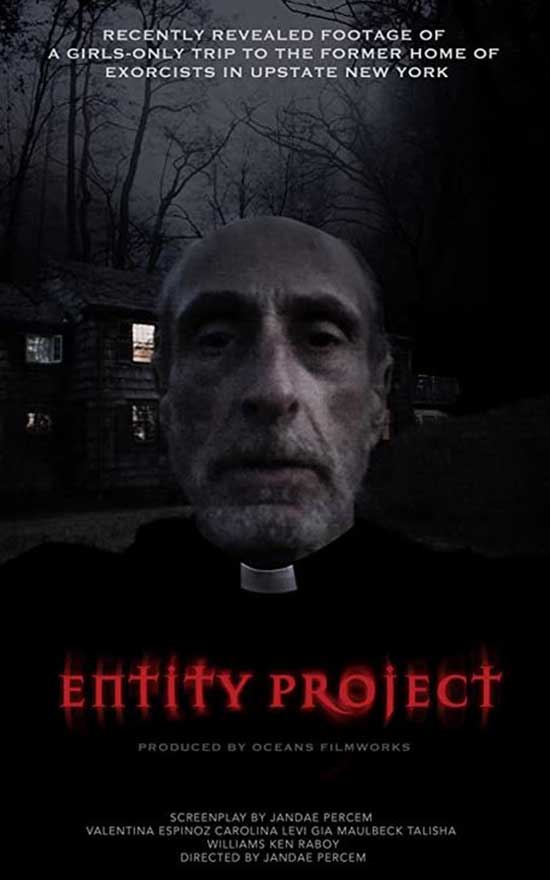 A director and her friends renting a haunted house to capture paranormal events in order to prove it and become popular.

Whether you love them, loathe them, or couldn’t care less about them, it’s hard to deny that ‘found footage’ movies have become a mainstay of horror over the past couple of decades. While the pioneering – if controversial – Cannibal Holocaust was arguably the first of its kind, these movies wouldn’t blow up in the mainstream until The Blair Witch Project in 1999. The appeal from a studio’s point of view is obvious – in BWP’s case spend $60,000 on a movie which involves little other than a few actors, usually unknowns who will work for a fraction of the pay cheque of a big star, and if the stars align sit back and watch the cash roll in to the tune of almost $250 million. And of course there’s Oren Peli’s Paranormal Activity juggernaut, which took $200 million off the back of a $15,000 budget – incredible numbers.

The trouble is, those kinds of returns are far from the norm with found footage movies. Whether that is down to viewer fatigue from seeing so many films take the exact same approach, or the fact that – let’s face it – many of them just aren’t particularly good, it’s fair to say that the odds of a studio getting lucky in a big way again with these films is ever diminishing. Which isn’t to say they won’t stop trying of course. A recent attempt to join the party is 2019’s Entity Project from Turkish-American writer and director Jandae Percem. Is it likely to set the cash registers ringing for Oceans Filmworks? Let’s find out….

Entity Project opens with a title card explaining for us the exorcism of Trischa Woods, which took place in 1998 – and also that the footage we are about to see was intended to be an amateur investigative documentary by the director and her friends. However the footage was later found, salvaged and reassembled by an ‘unknown entity’ to serve as a warning to the public. Spooky stuff….

We then jump to 2018, where we meet the six female protagonist friends of the events to come; Jandae (played by Percem herself), Gia, Stephanie, Talisha, Caro and Valentina. The found footage setup is in place from the outset, one of the girls filming the others as they investigate a creepy locked outbuilding in the gardens of an isolated house. There’s also a lone tree with a rope hanging from it, the implication being that it has been used in the past in sinister and possibly demonic events; it turns out you see that the house used to belong to a couple of demonologists named Joanne and Curtis Anderson.

Along with their priest pal they used to perform exorcisms in the house, on those unfortunate enough to have been possessed – as well as collecting and storing various ‘artefacts’ associated with each of the victims. The house is now rented out to people, Airbnb style, for those looking for some supernatural thrills; which is where our six friends come in, as they want to find out the truth or otherwise about the exorcisms for themselves.

If all of this sounds depressingly familiar so far, it’s because it is; Entity Project borrows from many different – and all better – horror movies, and before twenty of its admittedly short eighty seven minutes have passed you will realise there’s not going to be anything going on here you haven’t seen a dozen or more times before. The idea of a pair of demonologists collecting cursed items related to possessions is lifted wholesale from The Conjuring and Annabelle, and the old stalwarts mentioned above The Blair Witch Project and Paranormal Activity get a hefty round of ‘tributes’ as well, in the shape of the dormer’s ‘creepy still figure standing with back to camera, arms at sides’; and the latter’s now iconic green and black night vision camera footage. Here they even blag the speeded-up time sequence stamped on the image to hasten through footage where nothing is happening – and believe me there’s no shortage of that.

There’s even a scene lifted from Activity directly, wherein an ancillary character – in this case a priest – with knowledge of the house and its events knocks on the protagonist’s door to offer advice, before suddenly coming over with a feeling of dread and sickness and having to leave immediately. It worked in Oren Peli’s hit because the scene was well played, genuinely sinister in tone and most importantly, very brief; here it is dragged out for several interminable minutes and, like all the events that occur, the six friends then continue to talk about it amongst themselves endlessly.

If you haven’t gathered from all of this already, Entity Project is not a good movie. In fact it is absolutely terrible; sixty minutes in the most that has happened is the grand total of one girl throwing up, a few mild noises and one twitching bedroom curtain. The dialogue is awful, consisting of grating and inane valley girl-style conversations where the friends repeat themselves constantly, while using the word ‘like’ dozens of times (mainly about how they have to leave immediately, before they then proceed to stay another night in the house). Scenes are used several times over to no real effect, and worst of all literally not a single scary thing happens. There is some black face make-up and vomit, and a few demonic words spoken, but that is about your lot. Consider this to be one I’ve taken for the team so you don’t have to sit through it yourself. You’re welcome…..