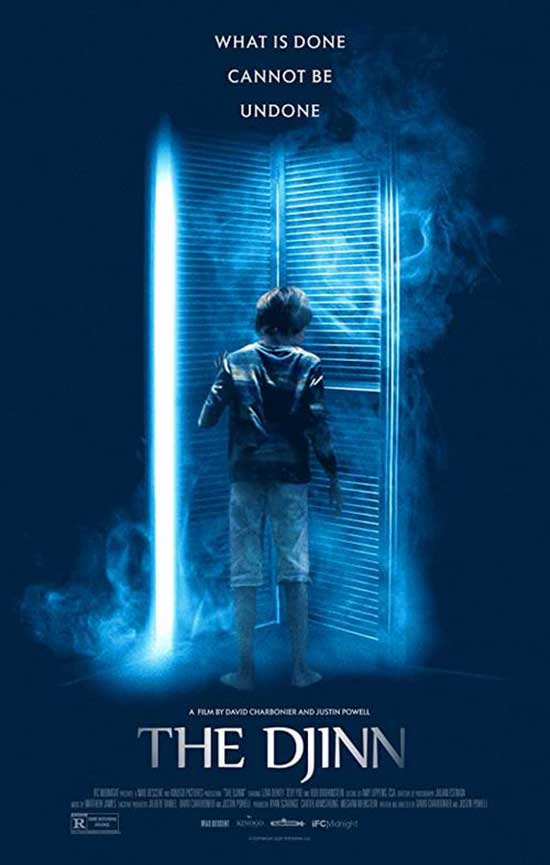 A mute boy is trapped in his apartment with a sinister monster when he makes a wish to fulfill his heart’s greatest desire.

The film starts off with a shot of Dylan (Ezra Dewey) and a quote, “A quiet summer night, 1989…”, isn’t that how it always is. A quiet, peaceful night, and a djinn, a demon, a killer, chaos… chooses violence. That old saying, “be careful what you wish for” applies here.

There is a slow and steady pace for this movie. Ezra is doing a good job as Dylan. When you move a lot in life, you get used to adapting and change fast.

They unpack, Dylan surveys the neighborhood, Michael reads to him. It was a peaceful moment in the movie.

I don’t want to say it’s predictable because after fifteen years of doing this and watching horror movies since I’m a kid. I’ve learned a lot about horror movies, the process, and what goes in to making a movie. The Djinn does deliver some great terror.

Dylan starts to investigate the apartment, he finds some things, an old mirror, a portrait, and a Book of Shadows. Oh, no… But doesn’t everyone want to find a mysterious, creepy book. Michael is raising Dylan by himself. If you are lucky enough and fortunate enough to have one good parent, one parent that puts up with you, one parent that loves you, be happy. Some people have no parents, they have no one.

Michael has to go to work and Dylan stays home. Dylan goes right for the book.

The synth music plays. (I miss my boombox, lol) Dylan reads the book and wants to make his wish. He gathers what he needs to do the wish. Dylan unpacks more stuff, cleans up a bit, and then gets right to his wish for the Djinn.

Watch the movie for Dylan’s wish. This moment was sad, I wanted him to get his happy wish and just be okay. Life doesn’t work like that. There are a few jump scares, a few moments I sort of expected. The candle Dylan lit for the summoning is still lit, and changing colors. There should be a djinn showing up soon.

The music is good. John Erikson portrays The Djinn, and he does a good job of being creepy. Dylan summoned this djinn; he also has asthma and he’s trying to find a way out of the bathroom he barricaded himself in, and Dylan needs his inhaler. This is stressing me out. The djinn is trying to get Dylan out of the bathroom. Dylan figured that would be a good place to hide.

That was a good move. Oh lord, help the kid. Maybe it’s not a good idea at all to summon a djinn. Nope, the djinn is not done yet. The djinn is making me dizzy looking for Dylan. Dylan is hiding. The phone throw… That was a smart move. 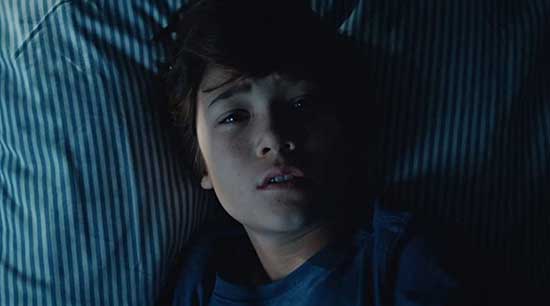 Back in the day when many people had landlines and then we got cordless phones. Well, you could walk around with the phone and sometimes you would lose the phone. You could press the button and it would beep to help you locate your lost phone. It’s strange seeing the new technology and then seeing what some of us had, “back in the day”.

Dylan is trying to outsmart the Djinn and he’s using various tools and objects, kitchen utensils. (Always read the fine print in oddity books people!) I knew that was coming. Just let Dylan catch a break. Make sure to watch the film and find out what happens.

The Djinn is a fun movie, you can watch it with some popcorn, turn off the lights or don’t, whatever works for you. Make sure to check out The Djinn.