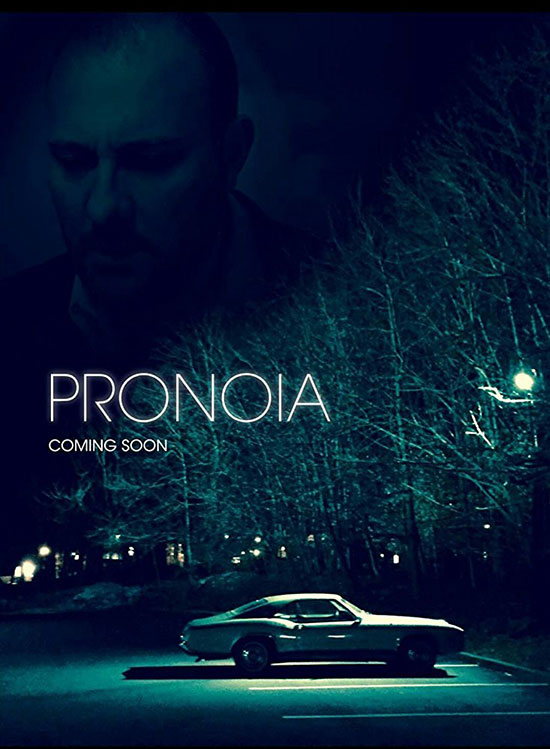 “In Pronoia, a man (Stelio Savante) and a woman (Hannah Jane McMurray) wait out a rainstorm in a hotel bar somewhere between ‘”here and nowhere.’ When the TV news reports the disappearance of a high-ranking Pentagon official, neither he nor she know of the ramifications it will have on their brief, seductive encounter.

According to the dictionary if anyone is curious… Pronoia is foresight; providence, divine will.

Pronoia was directed and written by Nick Efteriades (Astoria). 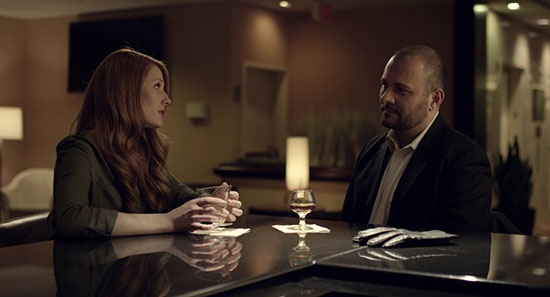 Pronoia opens with Jeff, he’s waiting out a rainstorm. He looks like he’s ready to leave the hotel room. He looks a little tense and stressed out. Jeff (Stelio Savante) notices the hotel cameras, and that sets him off. He takes off. Stelio Savante (My Super Ex-Girlfriend, Avalance) has a resume that is endless. He’s played such a variety of characters. He’s a brilliantly talented actor.

Jeff is having a conversation with Camille (Hannah Jane McMurray) now. Well, she’s doing most of the talking like a psychic or a person that’s reading Jeff’s body language and thoughts. 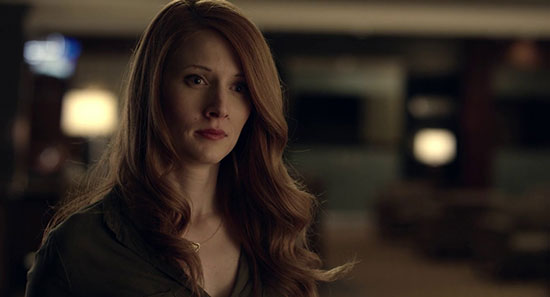 Oh, NOW it’s Jeff’s turn to read Camille. I have goosebumps. Oh my gosh. This is creepy, why isn’t it longer? Where is the feature? Mr. Efteriades, we need a feature.

Jeff continues this eerie conversation with Camille, she looks fascinated by his words. The two decide to have drinks. This is a beautifully show film. It can’t be this calm. Camille wants the TV turned up at the bar in the hotel. She’s intrigued by the news.

Conspiracies and strange things happening in the world. It does make you ask questions. This short film is eighteen minutes and two seconds, and I still have questions.

Jeff keeps having flashes or flashbacks or he’s hallucinating? It could be he’s seeing something or he has a stigmatism?

Jeff pulls to the side of the road. A cop stops and we meet Lou Mast playing a temperamental police officer.  It gets weird and creepy, what will be in the trunk. Uh-oh. NOOOOOO! Why, is it over?! I would recommend watching Pronoia. 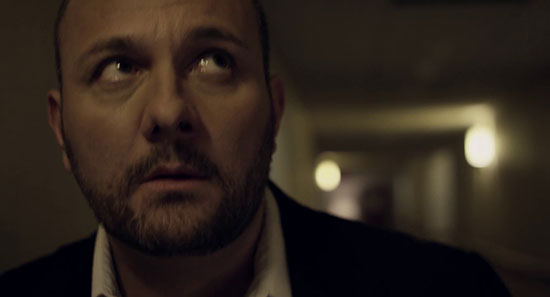