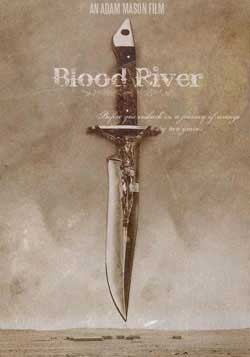 A psychological thriller following a successful young married couple on their way to visit family. After a blowout on a desolate stretch of highway in Nevada, they head to the next town only to discover it long abandoned. Here they meet a mysterious stranger who seems to know decidedly more than he is sharing. In aiding their survival, he gradually undermines some of their most comfortable assumptions, playing wife off against husband. As they struggle to co-operate with this plain-speaking itinerant without compromising their own trusted partnership, his behavior becomes more bizarre and accusatory. Surface reality starts to fragment, dark secrets threaten to emerge, and their secure lives start to unravel…

Directed By: Adam Mason
Written By: Adam Mason and Simon Boyes
Starring: Andrew Howard, Tess Panzer, Ian Duncan
Marriage life can be increasingly complicated with secrets from the past that test a couples’ trust in each other. Mix religious beliefs that harness repayment of sins, and the psychological stress can lead to a loss of sanity and ability to kill one another. This mix of psychological angst and religious stronghold is prevalent in Adam Mason’s Blood River.

Scenic shots of the desert and mountains lead into the story of young couple Clark(Ian Duncan) and Summer(Tess Panzer.) They are driving an older model red car, and see a man(Andrew Howard) in a black cowboy hat and black shirt. They pass the hitchhiker, not thinking much of it and stop at a hotel to rest. In the hotel room, Summer reveals that the couple are expecting their first child with bliss. While the couple is resting, the hitchhiker is shown torturing the hotel worker and proclaiming that he is the “lord’s messenger.” The hitchhiker uses his religious talk to convince the hotel worker that her life is full of sin, and the only way to relieve herself is to end it.

Summer and Clark resume their trek to Summer’s parent’s house, and some important back story elements come out through Clark’s fear of listening to his father-in-law complaining about Clark “manning-up” in the relationship. Summer is relaxed about the topic, and continues to be so until the car suddenly gets a flat tire and wrecks. Clark is covered in blood, and has difficulty getting around at first, while Summer worries about her baby without a mark on her. The car is stuck in the sand, and unfortunately the spare tire is gone. They get the map out of the car, and notice that the closest civilization is at Blood River. They take the five mile trek to the city, struggling to walk in the dry, hot weather. 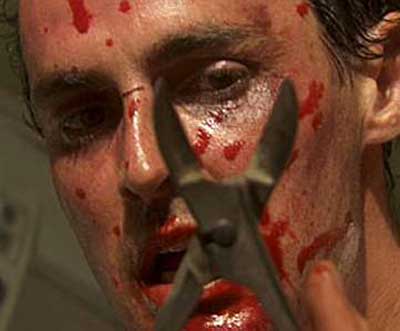 When they reach Blood River, the town is a complete ghost town. The only things to find are dead animal bones and abandoned cars with no help or water in sight. When all else fails, the see the hitchhiker come walking down the road. Their prayers seem to be answered, when they rejoice in the hitchhiker’s presence. The hitchhiker introduces himself as Joseph, and offers the couple water and alcohol. Summer refuses alcohol, but Clark takes a swig as he watches Joseph check his wife’s stomach to see if the baby is ok. Joseph successfully charms Summer, and convinces the couple to spend the night by reassuring that he will assist them in repairing the car.

Clark’s insecurities are further revealed through telling Joseph outside that he didn’t appreciate him touching his wife. Clark also makes Joseph known that he doesn’t want Summer to know that their chances of getting out alive are very slim. Joseph immediately goes to Summer about the matter, and Summer is hurt that Clark so easily wants to hide things from her. At night, Summer reveals to Joseph that she has a son from an earlier relationship named Ben. Joseph sees the picture, and goes on about how he is anti-authority and does whatever he wants. Summer is incredibly impressed, while Clark’s non-acceptance of Joseph grows stronger.

The next morning, Joseph and Clark get ready for their trek to the car, and convince Summer that she should stay back in the ghost town. Joseph pulls out a gun, and knowingly touches Summer to teach her how to use the gun. This causes Clark’s jealousy to rise even more, and causes more of a disagreement when walking to the car. Joseph easily picks out Clark’s imperfections, and goes on with a long speech about how Clark is a slave to society. This drives Clark crazy emotionally, and he feels exhausted on their way. While they make their way to the car, Summer starts hearing things, especially a radio broadcasting spiritual words. This starts the innuendo of Clark’s big secret, as Joseph hounds Clark to tell him what he is hiding. Joseph disappears, and Clark is revealed to a huge predicament that can devastate Summer. 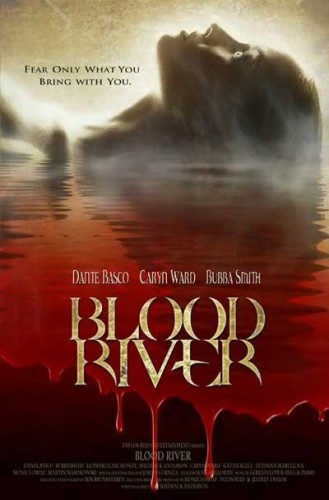 Joseph suddenly reappears to Summer, and he claims her child while preaching to her about all the sins that Clark and her hold. In a sudden adrenaline rush, Clark runs to the aide of Summer in an emotional sprint. Clark comes to Summer’s rescue, and tortures Joseph while Summer cries out in agony. Joseph finally agrees to take them to safety, but ends up teaching them a lesson in religious salvation for their seemingly perfect life.

Blood River is an emotional rollercoaster, as the characters suffer through starvation, heat, thirst, pain, and relationship imperfections. Andrew Howard plays the part of Joseph the Tim Mcgraw looking hitchhiker very well, and haunted the two main protagonists throughout the movie. Ian Duncan was very believable in his portrayal of a new father struggling to compensate for his imperfections and be a man for his wife. The only problem with Ian Duncan and Tess Panzer(Summer) was that they had an accent that struggled to come through in the deliverance of their lines. There was far less violence than dialogue throughout the movie, and could be a hassle for the viewer looking for lots of blood and violence to keep the flow of the movie at hand.

With beautiful scenic shots and strong emotional battles for sanity, Adam Mason’s Blood River is a mental trip through salvation from a life of sin. Even though we go through the motions of an everyday lifestyle, our deep down regrets can cause extreme angst that causes us to do things that are only a product of extreme anxiety and repentance of sins according to religious thought.