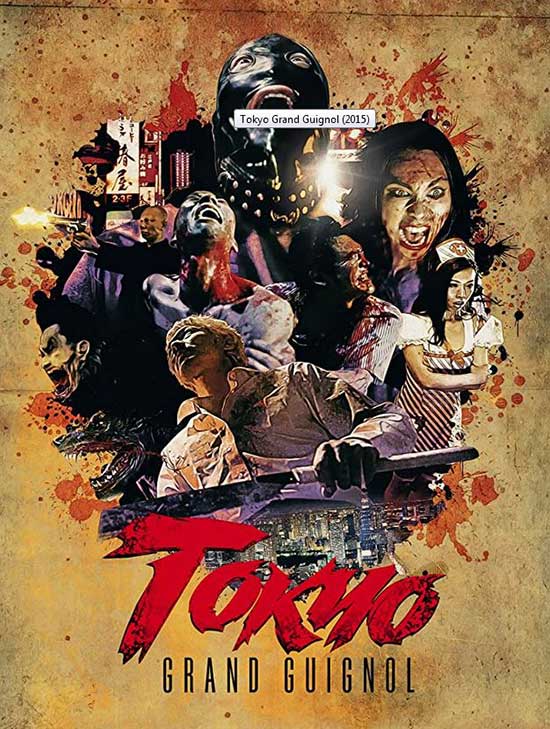 Stories about a man repeating a bloody day running from the Yakuza; a woman’s violent encounter with her mirror image; a woman and her laser gun fighting of a shadowy demon; and a man being cursed by the famous Hachi-statue to become a werewolf pining for a prostitute.

Tokyo Grand Guingnol gets its name from a legendary Parisian theatre Le Théâtre du Grand-Guignol (Theatre of the Great Puppet), which between opening in 1897 and closing down 1962 specialised in naturalistic horror shows where blood was not spared. The shows often consisted of five or six short plays, varying between comedy and horror, the latter of the two being the more popular one. 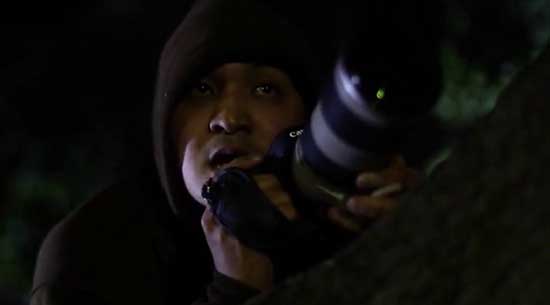 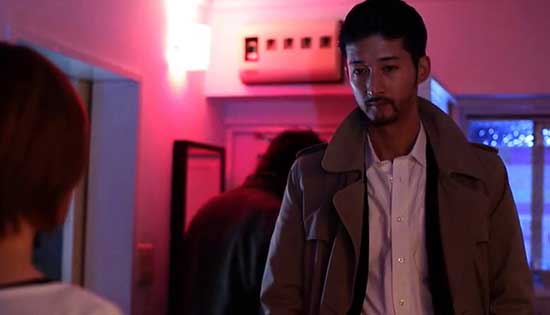 The tales of terror told on this stage were not of the supernatural but focusing more on real life horrors, such as insanity, hypnosis or sheer panic and the uncontrolled terrors that could happen under such influences. From the minds of four French directors, Nicolas Alberny, François Gaillard, Gilles Landucci and Yann Moreau, comes an anthology of such stories, all set in modern-day Tokyo.

In the first of the untitled segments, we meet a young man who after losing his wife finds himself stuck reliving the same day. After receiving some help from a mysterious source, he finds a way to move through time once more. However, there is a catch: he can only move backwards, and every move comes with a horrific price.

The second segment introduces us to a young woman, who after a particularly dissatisfying night out, finds herself to be haunted by her own image in the mirror. As the sinister doppelganger’s approaches escalate, her life and sanity soon spiral out of control.

In the last act we meet a man scorned by love and angry at the world. After assaulting a famous status of Hachiko, an Akita that patiently waited for his owner at Shibuya Station even after his death, he finds himself hopelessly obsessed with a local prostitute, wowing the wait for her till the end of time.

While the inspiration might come from the annals of French theatre, the feel of the stories is very Japanese. All the stories, except for the second one, air more on the side of strange and unusual, rather than straight up horror and as such slide quite nicely into the Japanese kaidan tradition: passing down of tales of the weird, strange or mysterious. While they usually feature tales of the supernatural, including ghosts, more often than not, they are simply stories of bizarre occurrences with a side order of light-hearted humour, and this of course is also true of the Tokyo Grand Guingnol. All of the stories could just as easily be part of a kaidan anthology, and I can only assume that this grand old story tradition has had its part in inspiring the film.

As is the case with any anthology ever, the quality of the stories varies. For me, the best of the bunch was the second tale which manages to amp up the admirably tense and eerie atmosphere with a suitably mysterious ending. The first of the foursome also offers a nice twist on the old Groundhog Day scenario and despite a seemingly sweet resolution, ends on quite a dark note. 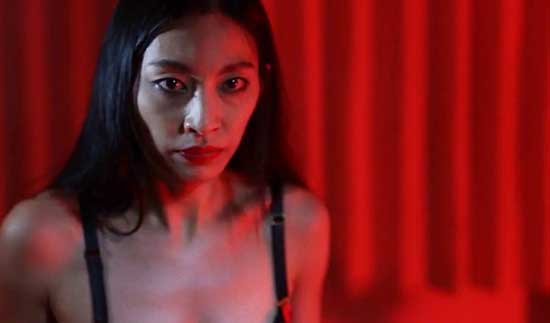 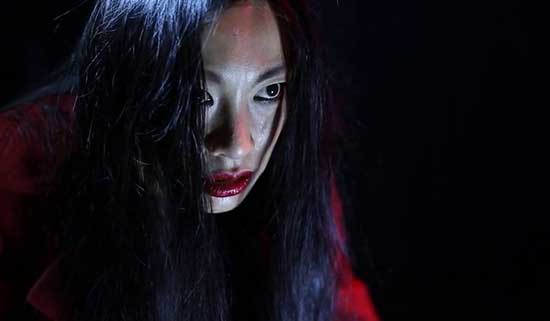 The last two I could take or leave, but if I had to choose, the last one of the lot might fare ever so slightly better in my estimate. Special effects range from delightful to clunky, best ones being seen in the second segment. Some of the poorer effects make for very frustrating viewing, as with only some small changes, they could have easily been a whole lot more effective. I would not go as far as to say that they ruin any of the segments, but definitely make some of them ever so slightly annoying to watch.

As a whole, Tokyo Grand Guingnol is a perfectly decent anthology. It offers nice bit of variation between the stories, all of which have their strong points. It may be more on the side of mystery/bizarro/sci-fi rather than horror, but still makes for an entertaining two hours. 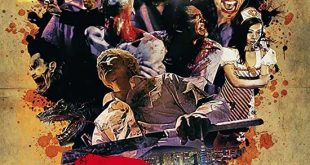