Event Review: History of the Paranormal: The Mobile Exhibit

History of the Paranormal: The Mobile Exhibit

Soooo… what are you doing tonight? Me: I’m in a cemetery in New Jersey with some friends. It’s not abnormal but it’s not “normal” per say to some. It was a brisk night with Fall (The first official day of Fall is September 22, 20202.) approaching and Halloween is just around the corner. So, what do you do during a pandemic? What can you do and stay safe at the same time? Brian J. Cano provided answers. The History of the Paranormal Exhibit & Ghost Hunt held at the Merchants and Drovers Tavern Museum, 1632 St. Georges Ave, Rahway, New Jersey. 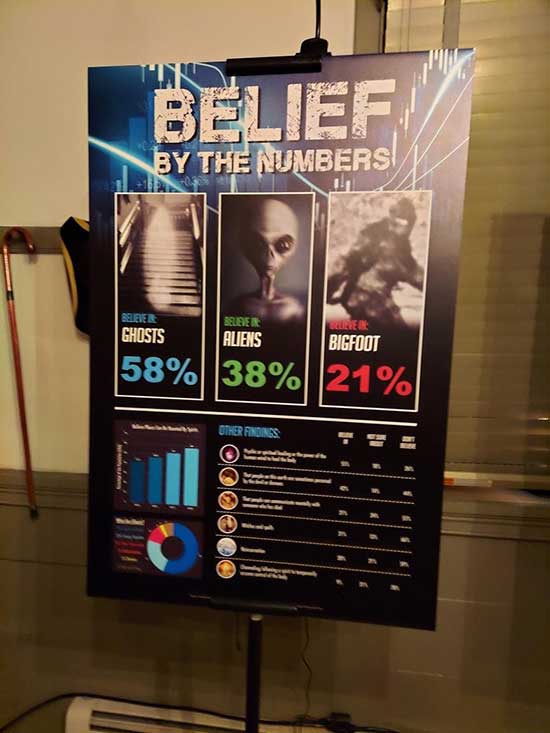 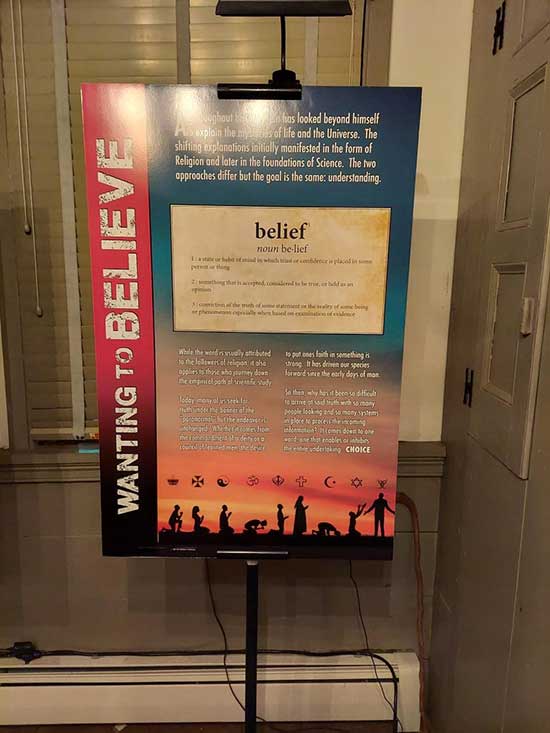 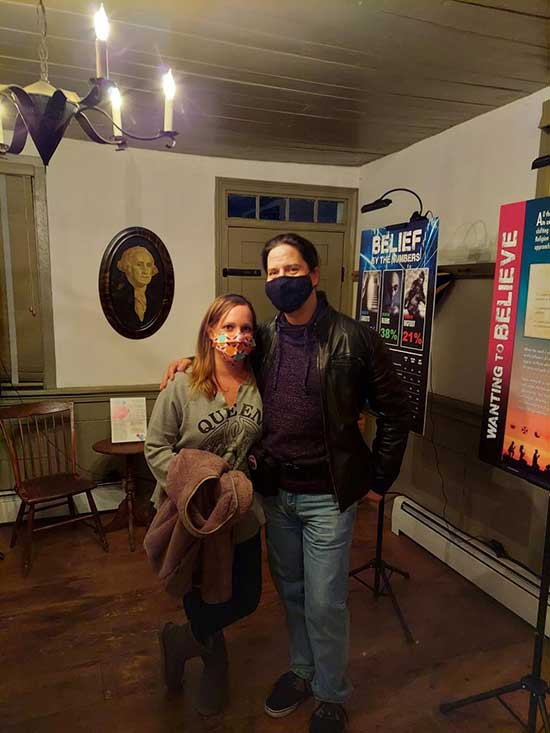 The Merchants’ and Drovers’ Tavern was built in 1773 and behind it, lurking in the back is a cemetery. In Colonial times, Merchants and Drivers was a connection between New Jersey and the surrounding cities. You could pull up in your stagecoach and grab a drink and some food. Now, it is a fascinating museum with tons of stories and creaking floors. It has four floors. The History of the Paranormal Exhibit is set up on the first floor. The History of the Paranormal Exhibit is overflowing with information, artifacts, investigation devices are on display. As always, Brian J. Cano is incredibly thorough. His knowledge overflows with extensive research and history.

Beth Ezzo of Haunted Collector joined him tonight. Brian split the group up into two teams, Team A and Team B. Team A started off with Brian in the cemetery for a session and then Team B which I was part of, joined Beth in the tavern. We were able to check out the second and third floor. It was a brisk night and the moon made an appearance and then disappeared into the darkness. 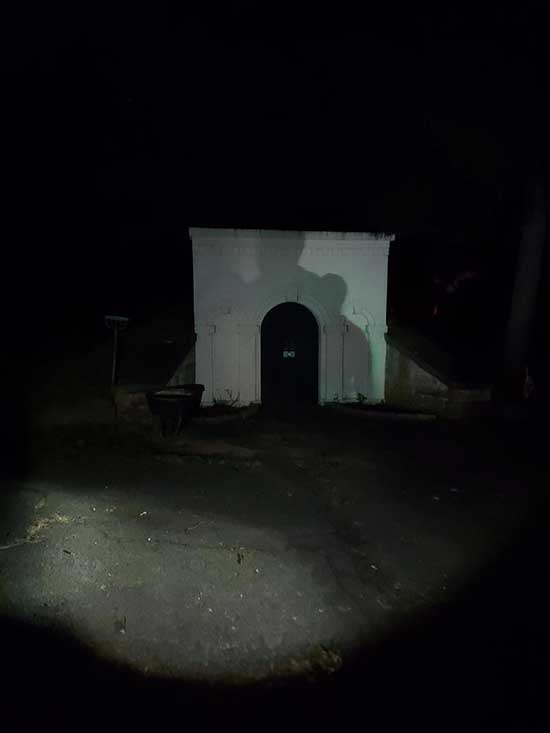 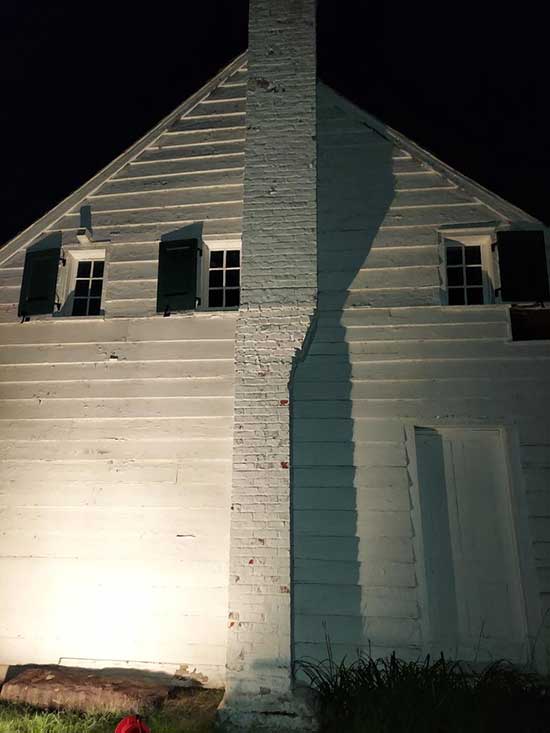 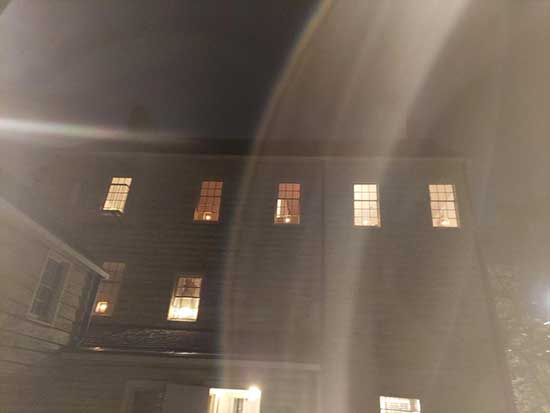 The tavern is filled with history, people who visited, stayed, came to drink and eat. Beth took us on our tour and some people brought their own equipment along, Brian often encourages everyone to ask questions and be open-minded yet skeptical. He considers himself a “skeptical believer.” I think those of us that have had experiences and have seen some things in life know that there is some “strange and unusual” stuff out there in the world. Beth was so much fun and she encouraged all of us to ask questions, participate and some people even shared some stories.

Investigating with face masks on took was fascinating. I’ve been to quite a few ghost hunt investigations. I’ve seen hokey and strange, I’ve seen legit stuff, I’ve seen wild stuff. I think keeping that skeptical thing going is smart. Brian explains everything and so did Beth. She went over different things and even used some different equipment. Team B was excited, nervous, some people were a little more curious and some were a little nervous. 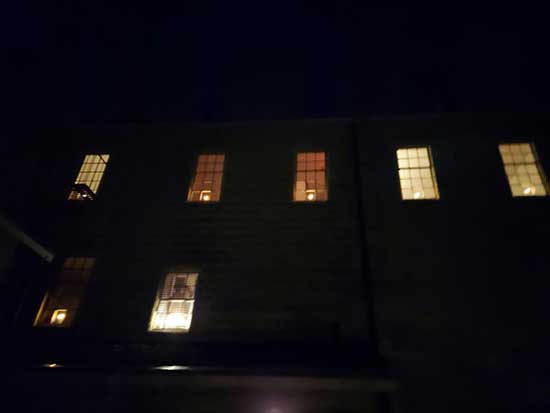 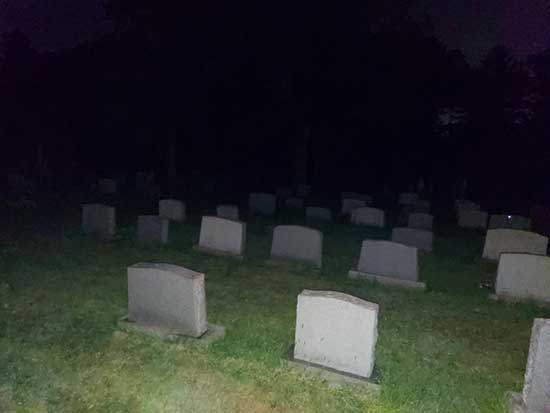 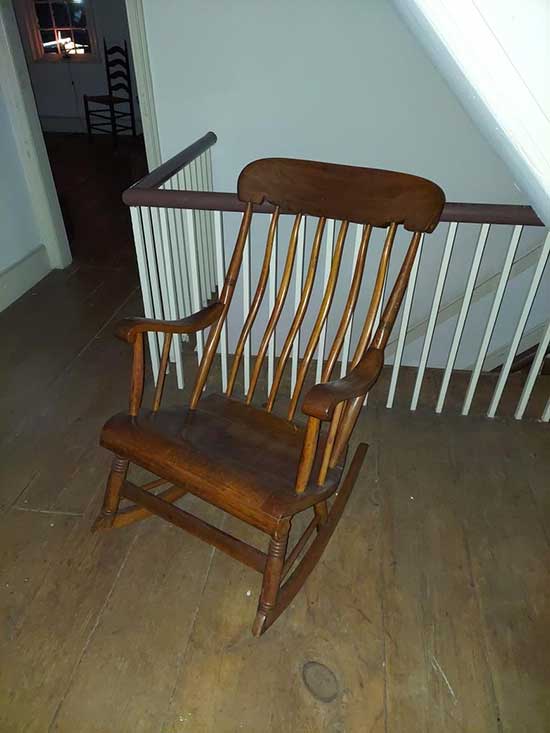 But everyone was having fun. (Even with face masks on.) As an hour seemed to fly by, it was time to switch. We all headed downstairs and outside. As, I was standing outside, I kept staring up at the windows of the tavern. I saw a figure in the window, I went in and asked if anyone was still upstairs? Beth said, she which window? So, I did. I showed her and she said, people were saying they kept seeing people in the windows after they would leave. It was fascinating. I was so drawn to the building and then the cemetery. I felt like I was there before.

Team B ASSEMBLE! We all switched and now it was time to investigate the cemetery and our Tavern tour Guide Lisa told us a few stories including the one about the “Unknown Woman” who may or may not be connected to Jack the Ripper. I followed Lisa and for some reason I stopped right at the “Unknown Woman’s” grave. Brian went over some information as usual and told everyone a little bit about the cemetery and talked about equipment and ghost hunting etiquette. It was a perfect evening.

I have a lot of respect for him because he never shouts out random things and some of said thank you after asking many questions and receiving some feedback on the equipment. Brian goes into great detail and he certainly knows what he is talking about. I don’t think some people would just follow anyone into a cemetery at nighttime. Some of us have done this before. (I’ve been to many cemetery investigation and cemetery exploring.) The stories Lisa shared were fascinating too. I would love to explore the entire cemetery. Again, we all had masks on, it was brisk but adrenaline and having something to focus on, distracted us from the cold. 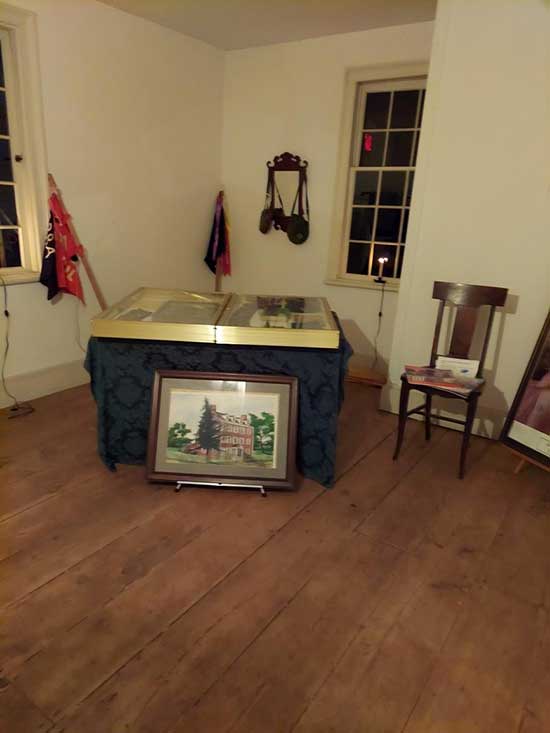 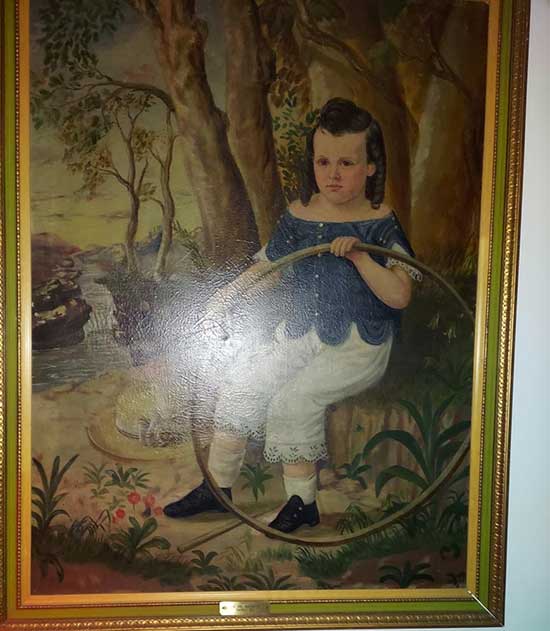 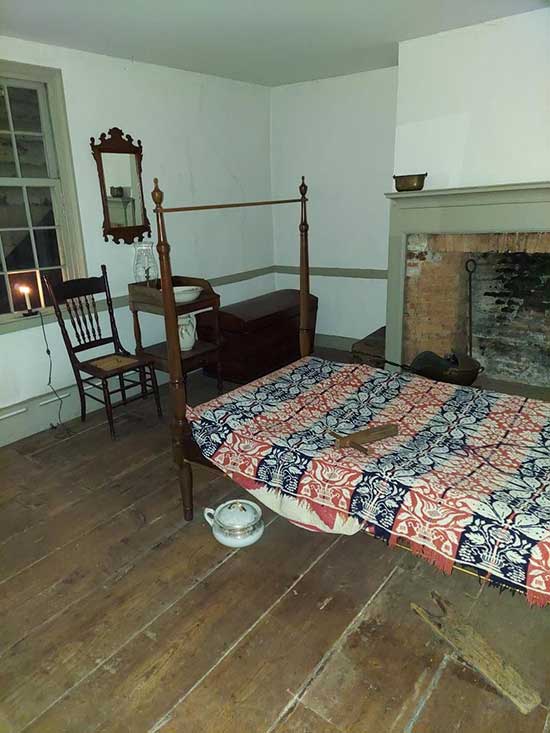 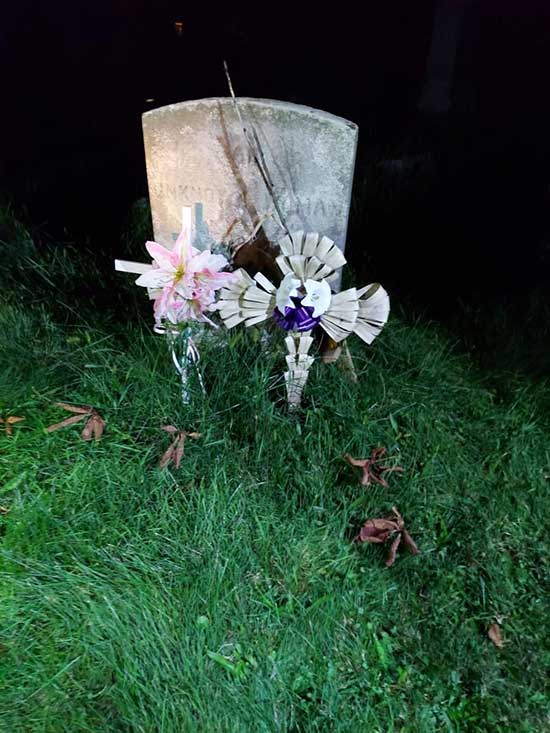 They also had another special guest. “Thor” the Impala was parked out front. “Thor” the Impala will be on-site for Saturday and Sunday, September 20, 2020. That great car we all know and love from Supernatural. This was a great experience. It was such a blast and it was well thought out and planned exceptionally. The exhibit is stunning. It is something you should most definitely see. If you love the paranormal, ghost hunting, investigations. GO SEE this excellent exhibit. Brian J. Cano definitely knows what he is doing. It is refreshing.

The next event will be The History of the Paranormal Exhibit at Selma Mansion. Ghost hunt and exhibit featuring Brian J. Cano. Selma Mansion, October 3, 2020 and October 4, 2020. To get tickets and read the event schedule,  events.ticketprinting.com/event/Selma-38368

KEEP UP WITH BRIAN’S EVENTS www.neverstopsearching.com/events