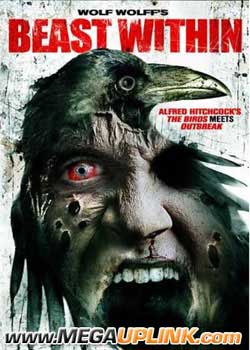 Terror catapults onto the screen as a new form of avian flu turns its unsuspecting victims into voracious zombies. Pleasure-seeking 20-somethings partying in a remote mansion must then battle the flesh-eating monsters and the infected birds. Armed with flamethrowers, brawn and scientific know-how, the friends barricade themselves against the horrors of the night, but will any of them live to see the morning light?

“Beast Within” is another entry into the infected zombie subgenre. Just like countless ones before it, there isn’t anything that really sets it apart from them. With a market that is saturated with these types of film, it is incredibly difficult to stand out. “Beast Within” aka “Virus Undead” is an entertaining film, at the same time, it is rather forgettable. After a strong opening scene, things sort of go south from there but the effects are pretty outstanding and during the films’ final moments, the action amps up and makes the film worth watching. You could do worse on a Saturday night with nothing to do.

An infection, much like a highly mutated version of the bird flu, is being transmitted by, well, birds that is causing a zombie-like outbreak in a small town. A young man and his two friends travel to the middle of nowhere to spend some time at his grandfather’s mansion after he has passed away.

Along the way they come across his ex-girlfriend as well as a couple of thugs who have it in for him. They invite the ex and her friend for dinner at the mansion and things begin to go wrong right away. They find themselves barricaded in the house and a growing army of the flesh eating undead growing around them. This group of medical students has only one choice, to fight!!! The first thing that threw me off was the fact that the director has two first names and it was hard to get Wolf Wolff out of my head. With that aside, “Beast Within” is a solid way to spend a boring evening.

You have to take into consideration that the film was shot in Germany with a predominately German cast trying to speak without an accent. For me, that was a mistake. Sometimes they do very well, then all of the sudden their accent is back and very strong. This was also supposed to be backwoods America, with hillbillies and a local sheriff, and to me it still felt like a foreign country. The setting was really irrelevant and could have taken place anywhere.

It was distracting but not a major issue. My main issue with the film was its pacing. After a strong opening sequence, there was a lag in getting the action going again. I started to lose interest at this point and almost tuned out. My only other real gripe is that for a huge outbreak, there really never seemed to be enough of them. When they attacked it was only a few, just felt like there should have been more.

The good? I really liked the look of the infected, they were mostly human looking but they ended up having lots of nasty boils on their arms, necks, and a few other spots that really looked kind of nasty. Then again, I am grossed out by nasty groups of boils. The excitement amps up near the end and that is when the film really shines. It was unfortunate it takes so long to get there but it was a cool sequence with some nice kills. The CGI birds, while you could tell it was computer generated, the look of them were interesting and worked well. And for the fellas, there is an awfully nice pair of breasts that show up in the films first forty minutes or so that will bug your eyes out.

“Beast Within” isn’t anything spectacular nor does it aspire to be. It is a decent time though when there isn’t anything on the tube. I’m not sure I agree with the films’ final edit, with a little tweaking it may have turned out to be a stronger film. It was fun at times and frustrating at others but Mr. Wolf Wolff is a talented director with an eye for the macabre and a future in the biz. Not a great film but it’s worth a view. Check it out. 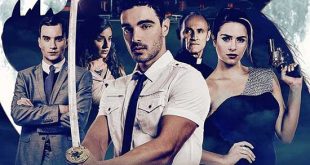