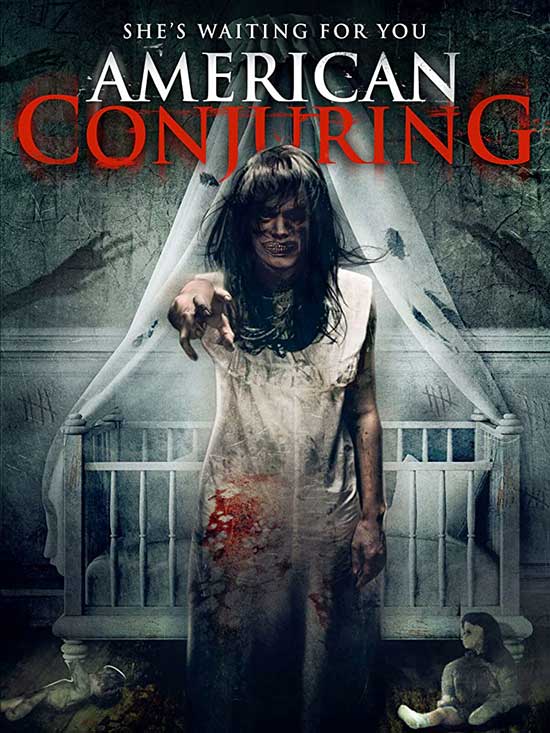 A family moves into an abandoned orphanage and they soon learn that their charming orphanage has a disturbing history and are convinced they aren’t alone.

American Conjuring, directed by Dan Walton and Dan Zachary, finds a family of four moving into a spooky, old orphanage with a sinister past.  It’s really not long before the past starts making itself known again, causing mania, paranoia and the spewing up of maggots. What really happened at Hester Corbett’s home for children?

Confusion abounds almost straight away, when a title card presents the word “Bind”.  Is the film to be progressed with pretentious chapter cards? Is “Bind” a cryptic clue, drip-feeding the viewer nuggets of information to help solve the mystery? Nope, it’s just the old name for the movie and the filmmakers weren’t pleased with the change. This is one of the first things that does not make sense and, although the story told in Bind… I mean, American Conjuring is pretty cohesive, the actions carried out by its cast are less easy to explain.

Bad acting used to be a true stereotype of low budget films and, while companies such as Syfy use this to their advantage, there’s less excuse when it’s not intentional. Alarm bells started ringing when the child’s birthday party in the movie’s prologue introduces four children with less than average acting skills who proceeded to completely out-act the first older actor that we meet… and that’s pretty much how the film pans out. The behaviour acted out by the main adults in the story is amazingly, badly realised to the point that I was back watching Tommy Wiseau’s The Room again or that the movie was, in fact, a collaboration between bipolar disorder sufferers. Either would have been fine compared to this mess.

I think it was due to this strange behaviour that I found myself disliking Ben (played by Darren Matheson) far earlier, I expect, than Walton and Zachary had planned on. Teenager Zoe (Mackenzie Mowat) and younger sister Alyssa (Eliza Faria) are far more ‘normal’ compared to their stepfather/father – who hammers his need to be called ‘dad’ or ‘daddy’ – and mother Carol (Lynn Csontos), who over-acts and over-reacts her frustrations regarding Zoe. The dialogue between the four main characters is both bad and bizarre, with the occasional bit of humour that I’m unable to ascertain as intentional or otherwise. My favourite line from the film is, by far, “Are you sending pictures of your private parts again?”

Special effects used in American Conjuring follow the trend lead by the script and acting with their inconsistency. A prompt attack leads to the gutting of a child, complete with entrails around the birthday table, while the continued sawing of a child’s arm with a knife brings forth black gunk best remedied with a rinse in the sink. I love a bit of the red stuff in my horror films but the effects in American Conjuring felt both tacked on and desperate to shock, which made them come across as cheap and unnecessary. 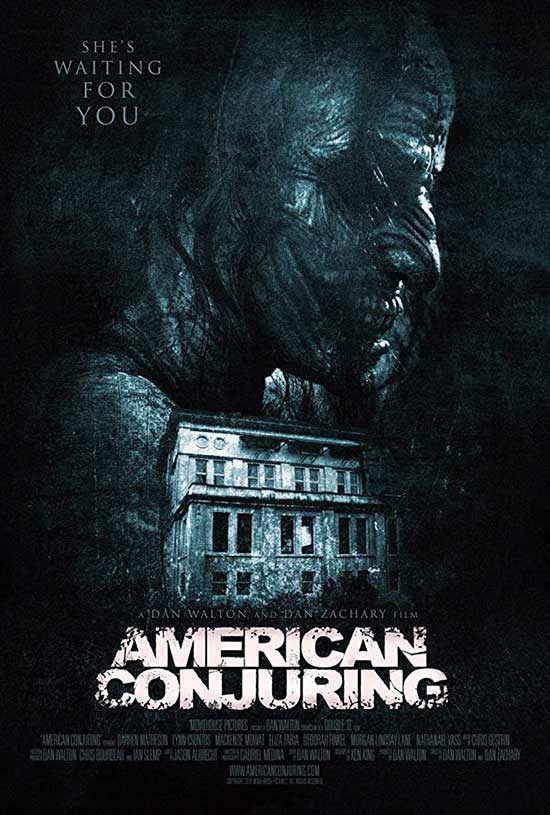 I suppose the phrase ‘cheap and unnecessary’ could be the tagline for American Conjuring as it is both of those things. I hate being harsh with low-budget films as I want new filmmakers to flourish and bring new things to the horror party, but I can’t recommend this one. It’s unoriginal, amateurish and a slog to watch, something I’m in no hurry to repeat.