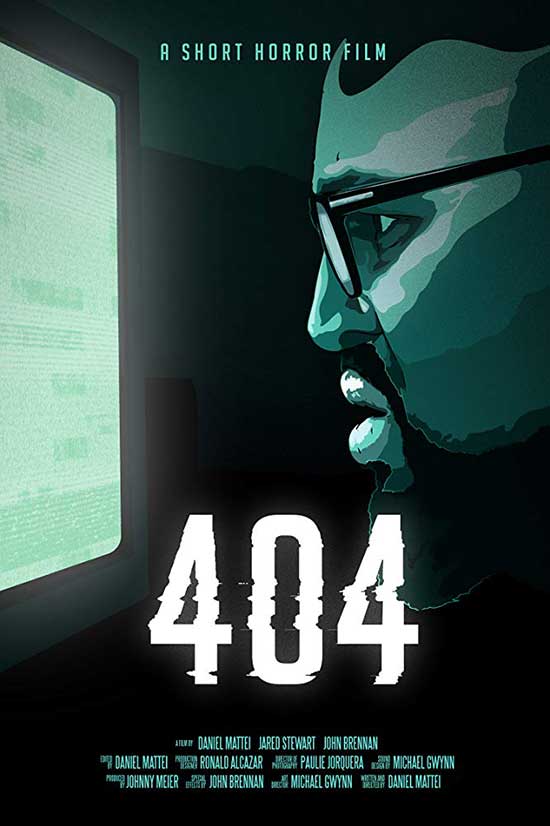 Alone at the office late at night, a computer error takes a scary turn.

Aside from a few creepy shots to establish how alone our main character is in a seemingly empty building, we start the film by seeing this man working alone in an office. This doesn’t exactly sound like the most compelling watch yet there is so much about this film to love. To begin with, the film is 4 minutes and 4 seconds, showing up in my videos as “4:04” which was immensely satisfying to me.

Also, there was a lovely use of props – we see a little flip-chart with a sad blue face and the word “listless” written on it which seemed subtle to me at first but on second viewing appears to be a blatant dig at an office environment. There is also a Pop! figure on his desk (if someone can tell me who it is I would be eternally grateful) along with a Bowser figure and a Rubik’s Cube, all of which make this character incredibly relatable without him having to say a word. 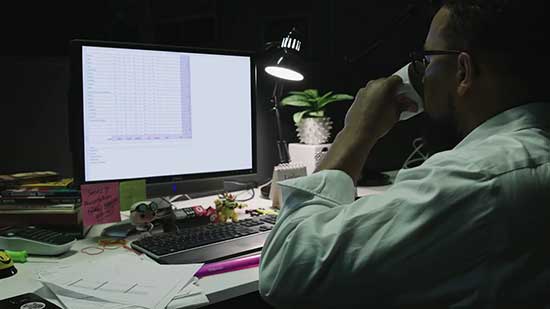 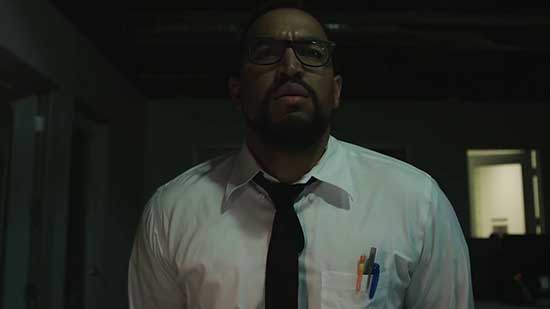 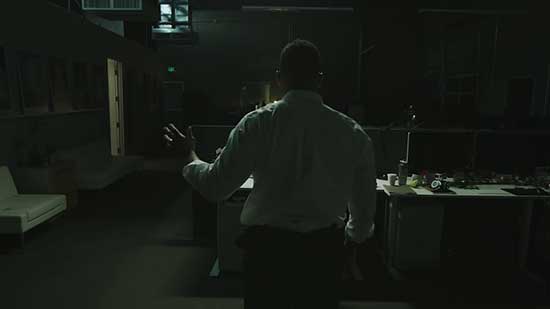 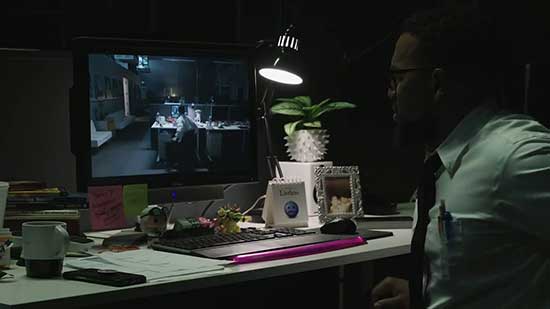 The camera work in this short is exceptional – a little way into the film, we see a shot of the man on the computer screen as if he is suddenly on CCTV – and the way we switch from close-ups to being as if we are the ones watching him is really disturbing. When we eventually get introduced to “the thing” (as it is called in the end credits), writer, director and editor Daniel Mattei somehow manages to build huge tension as it comes closer, despite the film being so short. This is of course in part to the movement of “the thing” as it enters the room, however that could have easily been cliche if the film wasn’t so brilliantly shot and edited. The ability to turn the mundane into the terrifying is quite an exceptional skill and Mattei has certainly achieved that and I am now really looking forward to seeing more of Daniel Mattei’s work.