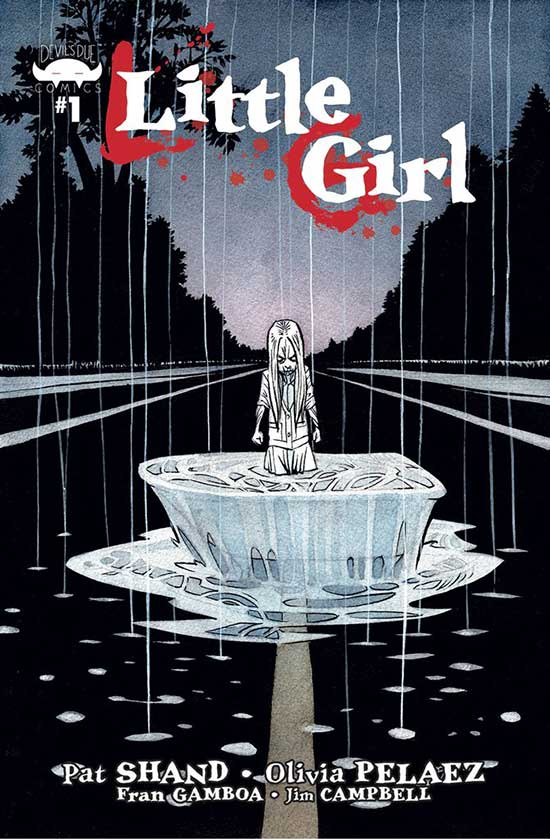 Children have long been perfect protagonists for horror. Their innate vulnerability is a perfect conduit through which to build that oh so important sense of dread. From Regan, to Danny Torrance and all the way up to the Stranger Things kids, we’ve become used to pre-pubescent horror heroes. Of recent times we’ve seen a different approach, where the kid is both the victim and the monster, in movies like Ringu and The Devil’s Backbone. Little Girl, written by novelist Pat Shand and drawn by Olivia Pelaez tells the story of Abby May, the ghost of a child intent on vengeance for her murder.

The book begins with a discarded cuddly penguin on the side of rain soaked road. A beautiful first page, and while the idea of a child’s toy essentially drowning on the tar mac is enough to give you the willy’s, like all good cursed toys, you gotta pay it forward. This first issue revolves around a couple who are trying to cling on to their relationship; an effort somewhat hampered by their mutual infidelities and the lengths they go to conceal them… that and the haunted penguin. Sarah begins to have nightmares about someone being murdered in a bath tub, she senses she is not alone and fears for her safety. And she’s right to, as Abby May, the eponymous little girl, is stalking her.

As first issues go this has the perfect blend of mystery, ambiguity and intrigue. We aren’t sure why Abby May is after Sarah, or if she even knows herself. Is Sarah just unlucky to own the penguin or was she involved in her death? The script by Pat Shand does a terrific job of playing with these anxieties by making the characters so duplicitous that they are already on edge before little Abby May has left a single sodden footprint in their hallway. It plays on the fears of repercussion to truly awful behaviour, but just how deep does that go?

Olivia Pelaez realises the characters fears with nuance and subtlety, adding to the idea that this a book about people with secrets. Abby May herself is genuinely creepy to look at. The decision to render her as virtually black and white has a strong impact, with her continuously wet hair and pruned, almost skeletal lips. Water seems central to this book and Pelaez has found a way to make it a supporting character in its own right, enhancing each panel and reflecting the emotion within. 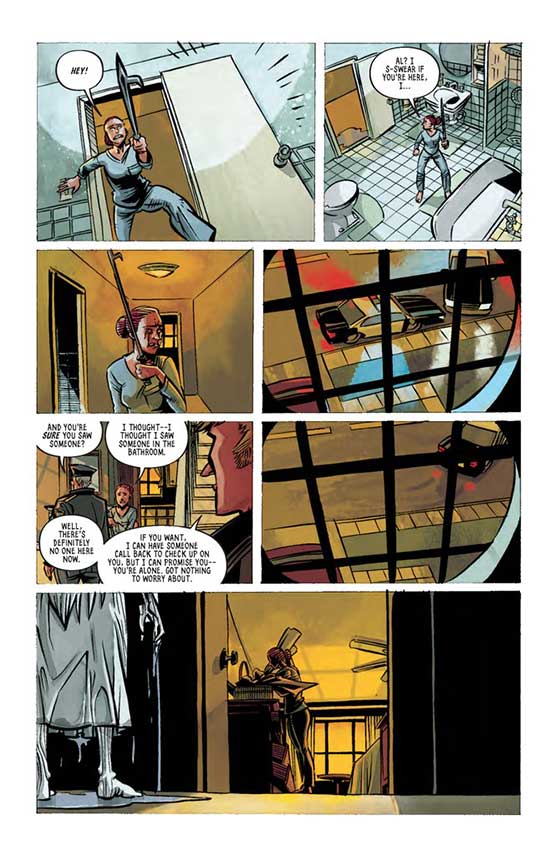 Using a child as a means to empathise with the antagonist is easier said than done. Little Girl #1 does so very well despite only feeding you a tiny piece of the larger story, like a great opening fifteen minutes to a movie that you really dig even though you aren’t quite sure where it’s going. And when horror works, that uncertainty is one of the best things about it. Read this book under low light just before bed, and if you must hold on to something, definitely not the penguin.

PUBLISHED BY DEVIL’S DUE COMICS 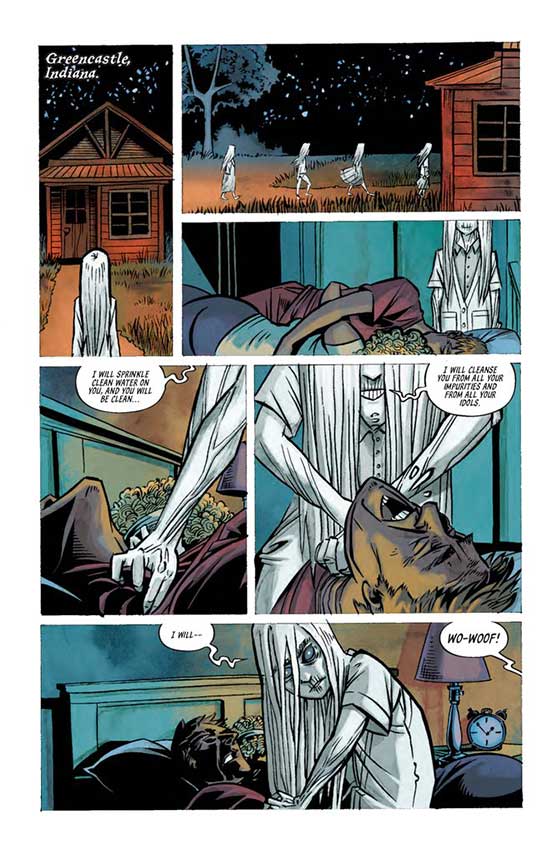