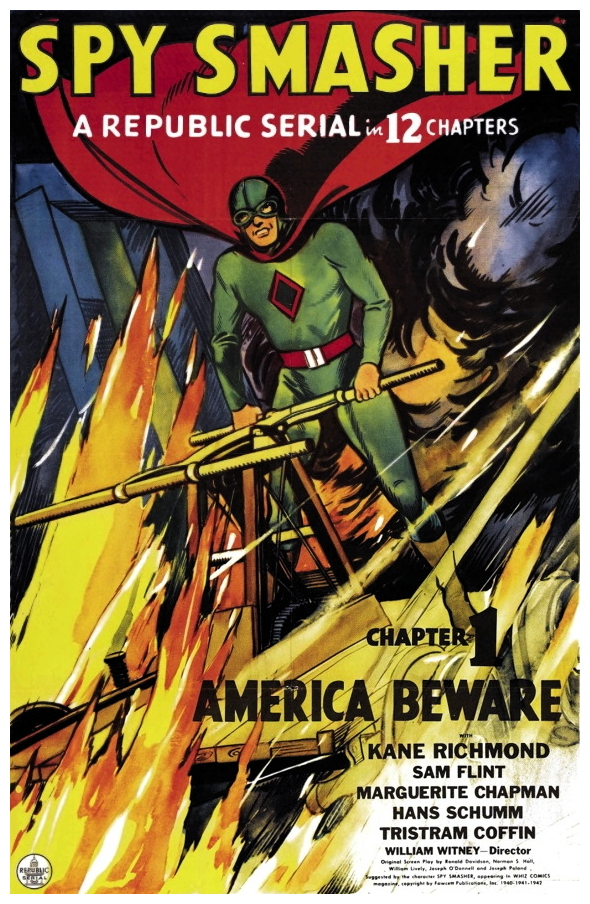 “Alan Armstrong as the Spy Smasher is a costumed vigilante and freelance agent, not associated with the US government as the country has not yet joined its allies in World War Two. After discovering information about Nazi activities in occupied France, he is captured and ordered to be executed. However, with the help of Pierre Durand, he escapes back to the United States, meeting with his twin brother Jack. Jack is incorrectly recognised and attacked by a Nazi agent on American soil codenamed the Mask, who operates from a U-Boat near the coast. The Mask’s attacks on the United States begin with an attempt to flood the country with forged money and destroy the economy. When this is defeated, he continues with other attacks including destroying aircraft, oil and munitions intended for Britain. Constant defeats at the hands of Spy Smasher, with support from Jack Armstrong and Admiral Corby, also leads the villain to take the fight back to the masked hero. In the end, the villain is killed aboard his own U-Boat in a sea of flaming oil.” (courtesy Wikipedia)

Created by Bill Parker and C.C. Beck, Spy Smasher was yet another flag-waving patriotic comic book that came out in the forties that showed our superheroes were ready to take the fight to the fascist forces of Germany, Italy and Japan, and win. Like Batman, Green Arrow and the Crimson Avenger, Alan Armstrong’s superpower is he’s rich, masquerading as a wealthy carefree billionaire during the day, and fight crime as the masked avenger known as Spy Smasher at night. He first took up the good fight when his girlfriend Eve Corby’s father, an admiral in Naval Intelligence, told him that spies and saboteurs were responsible for a series of recent, seemingly random accidents. Armstrong made up his mind to go after these enemies himself, and built a Gyrosub (a submarine that could transform into a helicopter or a car) to give him an edge in his battle. Then, with a red cape, brown military fatigues and goggles (instead of a mask) to hide his identity, he smashed his first spies in Whiz Comics #2 published in February 1940. 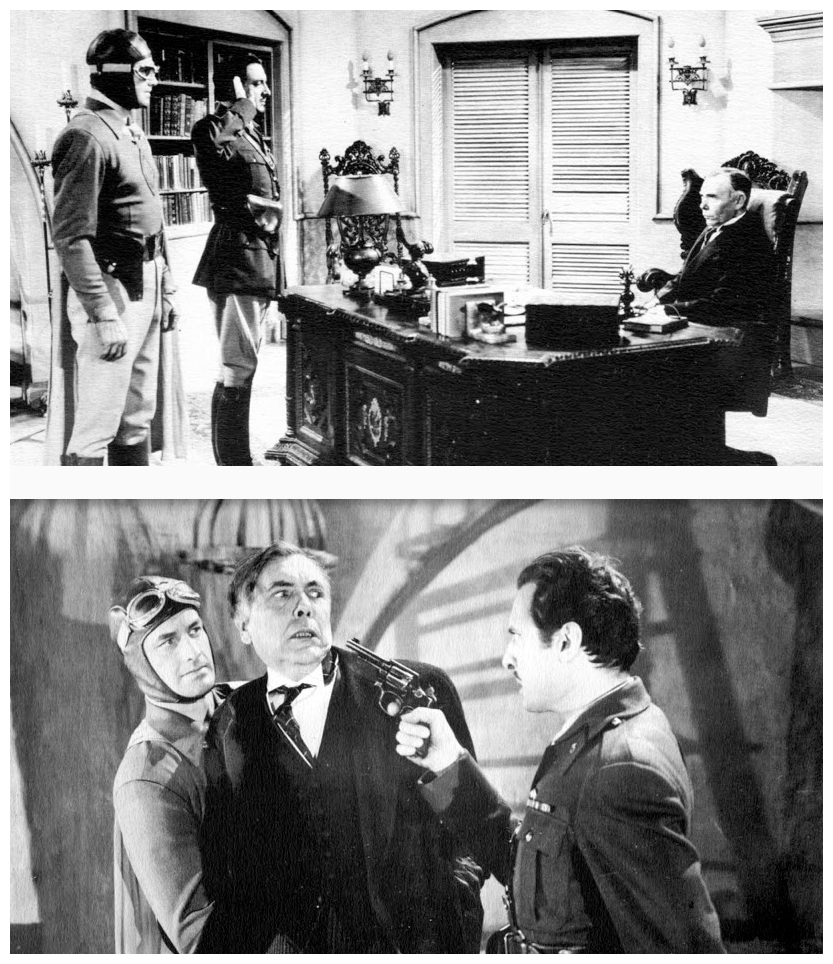 Only his girlfriend knew that he and Spy Smasher were one and the same. Spy Smasher was introduced in the same Fawcett Comics title that carried Captain Marvel, and together they were their most popular characters. He later got his own comic book title and traded his rather dull costume for a spiffier one featuring a gold diamond on his chest. Kane Richmond played Alan Armstrong in the 1942 serial and, when the re-edited serial was screened as a feature film in 1966, Spy Smasher reached an entirely new generation of fans. During the early days of World War Two, Alan Armstrong (Kane Richmond) battles Nazi spies and saboteurs in occupied France. After his plane crashes, he lets everyone think that he’s dead, so that he can continue fighting the fascist forces as Spy Smasher. 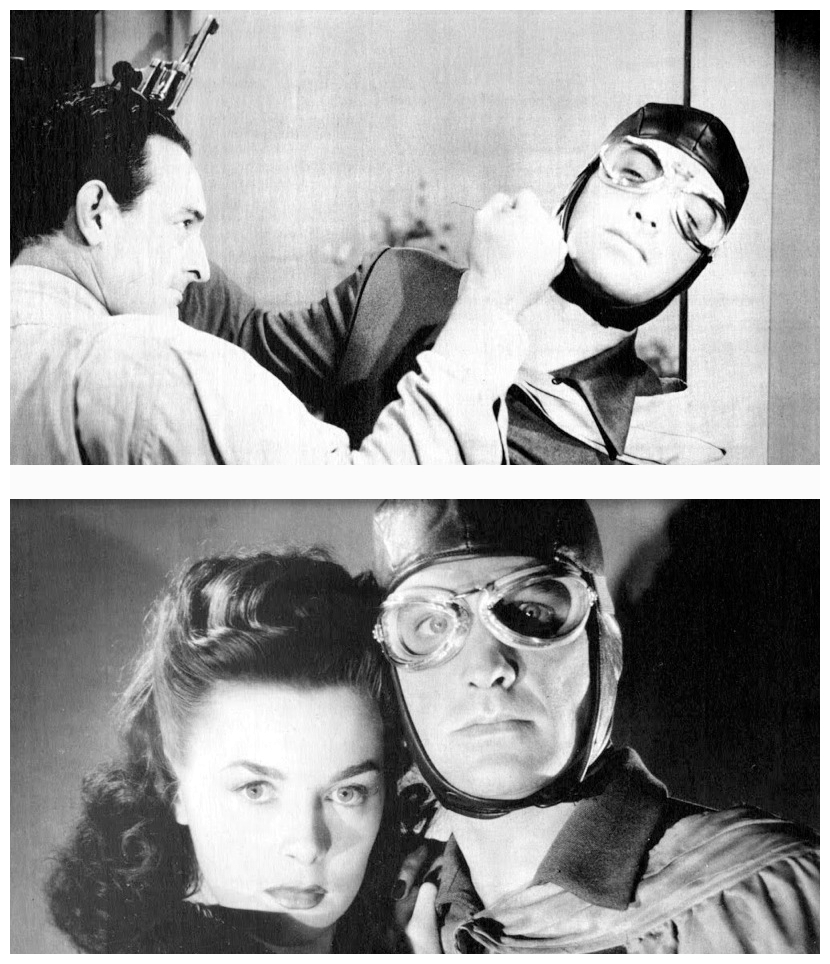 He manages to rescue his brother Jack (also Kane Richmond) from a Nazi spy, and shows Jack the ring he is wearing – it matches the one that Jack is also wearing. Jack Armstrong is elated that his brother didn’t die in the plane crash, and together they return to American soil. When he learns from Admiral Corby (Sam Flint) that a German master-spy known as the Mask (Hans Schumm) plans to launch an all-out offensive with saboteurs spreading terror and destruction across the United States, Spy Smasher decides to fight spies at home. Spy Smasher is considered by many to be the best serial ever produced by Republic Pictures. Kane Richmond is superb in his dual role of Alan and Jack, and Marguerite Chapman makes his imperilled girlfriend Eve Corby more like a real player in the drama than a typical damsel-in-distress. The Mask was the longest-running foe of Spy Smasher and had already been killed off in the comics, but he still made an effective villain in the serial. The Mask was one of the few comic villains to be portrayed in the movie serials (others include Ming the Merciless and Lex Luthor). 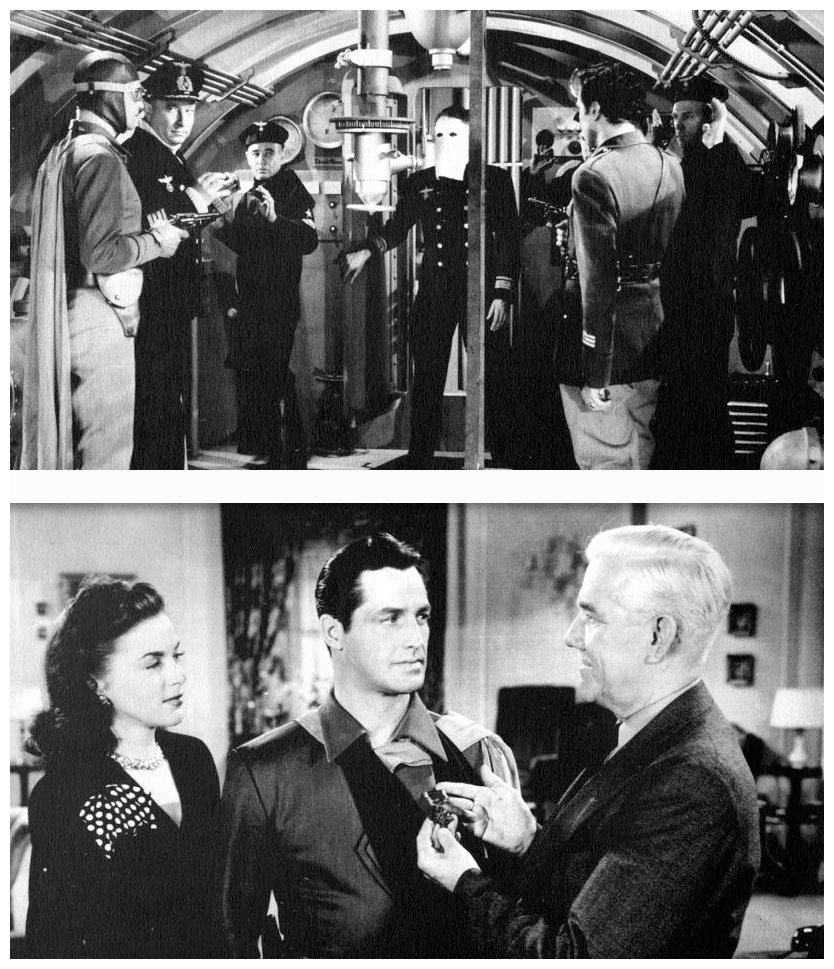 The twelve-part Republic serial was already in production when the United States entered World War Two, which is why Spy Smasher is identified as an ‘independent agent’ fighting the Nazis in occupied Europe. Spy Smasher’s aircraft from the comic, the Gyrosub, was changed for the serial to be a secret Nazi aircraft called the Bat Plane, and there was a distinct ‘V’ motif throughout, not only the title of the final chapter, but also the music by Mort Glickman which uses the Victory theme from Beethoven’s 5th symphony, which also happens to include the Morse code for the letter ‘V’. The serial was budgeted at US$153,682 and went about US$3,000 over-budget, making it the most expensive Republic serial of the year, but it was worth every penny. Spy Smasher is widely recognised as the best serial in terms of special effects and stunts, and one of the best in general. The script is consistently logical and well constructed with credible dialogue and decent characterisation. 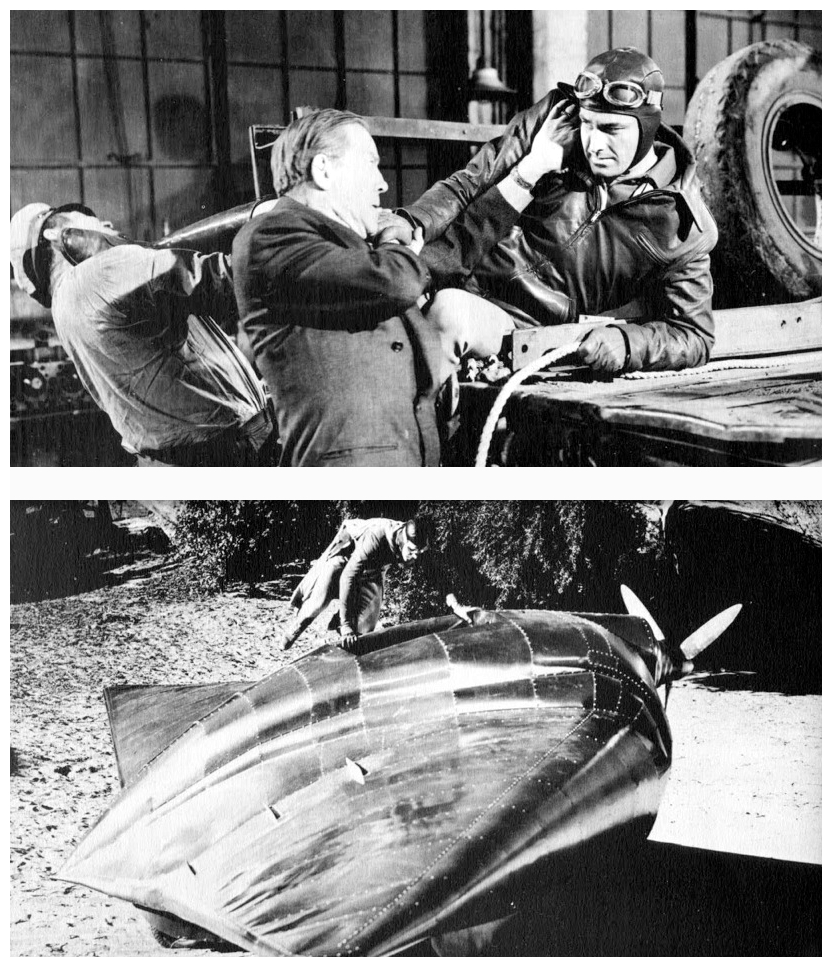 The cinematography is atmospheric and often artistic, with a tight and innovative screenplay. Chapter eleven has one of the most unique cliffhanger endings ever: Spy Smasher is gunned down by enemy agents at point blank range and falls from the top of an office building to crash into the pavement below. In the resolution, the audience discover that Jack, Spy Smasher’s brother, has knocked him out and stolen his costume. The real Spy Smasher turns up too late to save his twin brother. This is notable because in nearly every other chapter ending ever produced the person in danger manages to somehow survive. Film historian Donald F. Glut stated: “Although lacking the beauty and imagination that appeals to a kind of racial unconscious in the Jungian sense that is found in Flash Gordon, Spy Smasher emerges in a class by itself, the foremost cliffhanger example of a whole school of Hollywood filmmaking in the forties that gloried in matchless pure entertainment.” 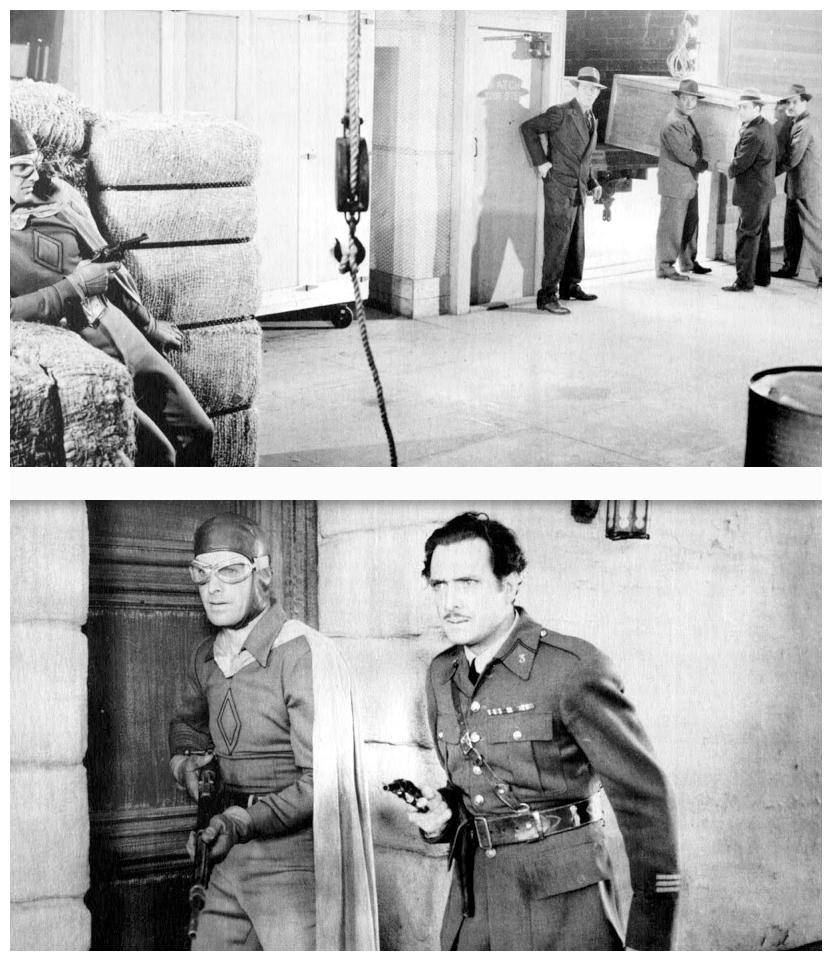 So popular was the serial, when Columbia Pictures released their own version of Spy Smasher later that year – entitled The Secret Code (1942) – it was promoted with catchphrases like ‘Smash Spies With The Secret Service’ and ‘Thrill Again To Spy Smasher’s Biggest Chase’. The Secret Code features a masked hero known as the Black Commando (Paul Kelly) up against more Nazi saboteurs. Each chapter ended with a quick lesson in cryptography and a brief patriotic admonishment given by Major Henry Barton (Selmer Jackson). This was regarded by many as propaganda in its most basic form, delivered by a respected authority figure played by one of Hollywood’s most credible actors, but that’s another story for another time. Hold that thought between your knees for the next seven days, and I’ll politely ask you to please join me again next week to discover if Hollywood has yielded up another work of substance, or a nonsensical bit of fluff for…Horror News! Toodles! 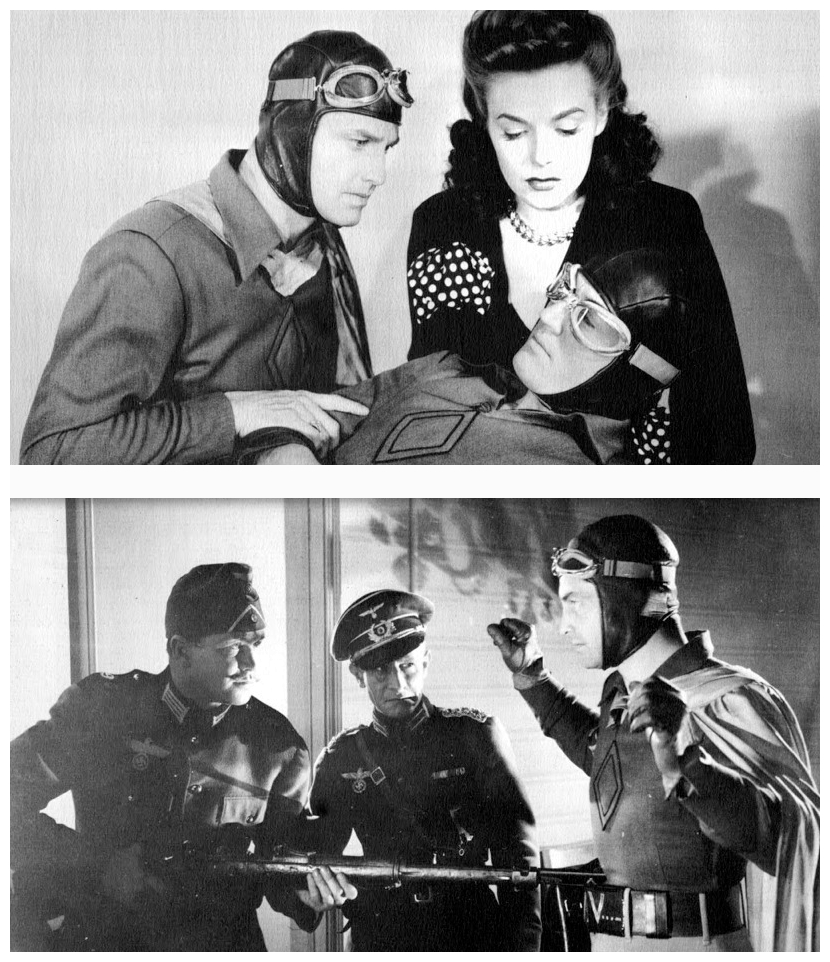