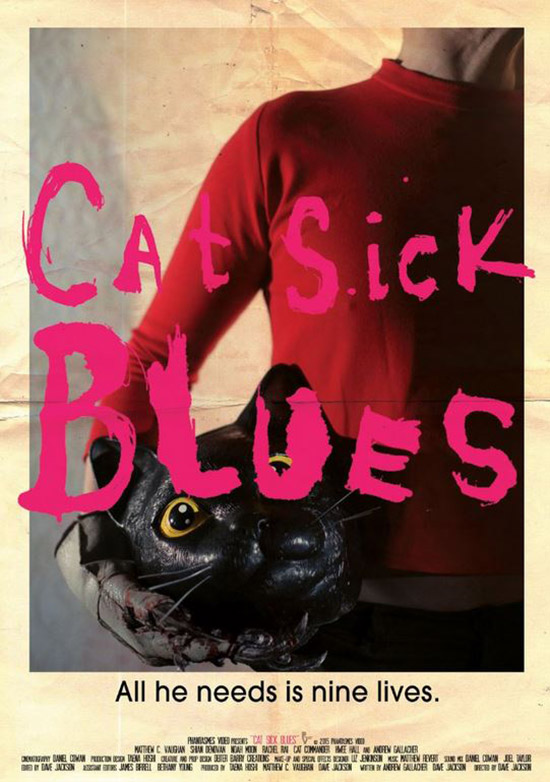 When Ted’s beloved cat dies, the trauma triggers a mental breakdown. His broken brain prompts him to bring his feline friend back – all he needs is nine human lives.

Before I watched this film, I had hopes that it would be something like that youtube video that went viral last year of the guy wearing the huge cat head and scaring his cats (if it was a horror movie), which I thought was hilarious, but also pretty weird.  No such luck. This film is the farthest thing from that youtube video that you could possibly imagine, if you were able to imagine what this film is actually about.  Ted’s (Matthew C. Vaughan) cat Patrick dies and this causes him to become so upset that he starts dressing and acting like a cat and raping and murdering women.  I do find it hard to believe that Ted wasn’t already unhinged before his cat died. When he’s not killing people, Ted spends his time watching an online porn star, who wears cat ears, until he decides to murder her, too. Ted wears a giant cat head , makes strange cat noises (so often in the film, that I wondered a few times if my cats were actually fighting), wears gloves with giant cat claws attached, and goes so far as to have himself a giant cat penis made, complete with barbs. If you know anything about cats, you know that cats do in fact have barbed penises. 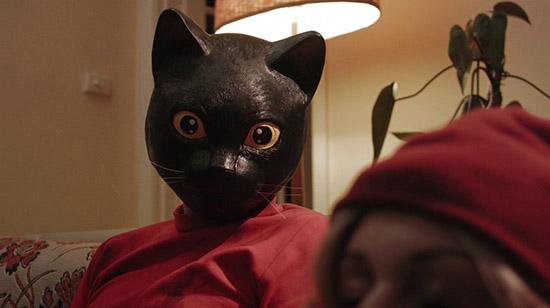 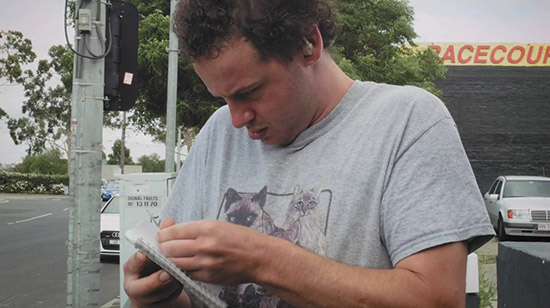 Claire Ellis (Shian Denovan) makes cute cat videos of her cat Imelda. One day a fan of Claire’s, who has been stalking her, shows up at her house, kills her cat, and then rapes her. The rape is filmed and ends up online. Ted discovers the video of Claire’s rape and decides he wants to meet her, so he joins the same support group she is in for pet owners who have lost a pet. He then hooks up with Claire, which shocked me, because Ted is pretty weird and unappealing, even when he’s not raping women dressed as a cat. Surprisingly enough, Ted doesn’t kill Claire. Maybe it’s because she’s also a cat person? Who knows.  This movie has zero plot and certainly should not be labeled as a horror film, unless murder and blood automatically qualify a film as horror.  In fact, the giant cat penis alone would have been comical, if I hadn’t been completely consumed with disgust at the fact that this film was even made. 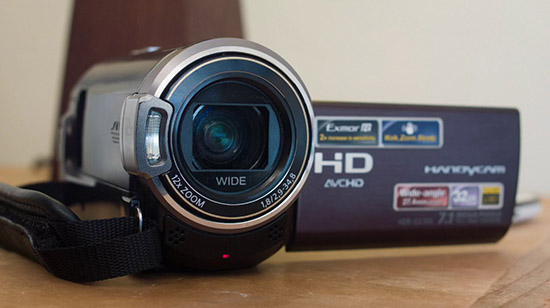 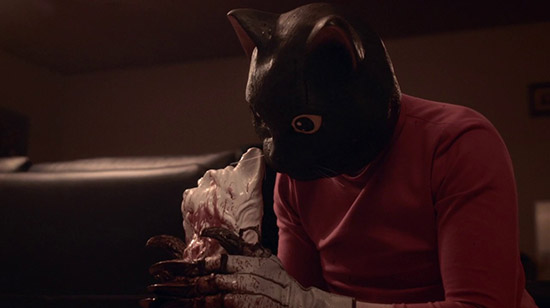 Apparently, Ted has convinced himself that he can bring his cat Patrick back from the dead if he acquires nine lives, by killing nine women.  So, he breaks into women’s houses, rapes and murders them, and keeps their blood in large containers.  He breaks into one house where several women live and proceeds to rape and murder them in front of each other, in his giant cat head, wearing his giant cat penis.  Finally, he kills a prostitute he picks up and realizes he has taken nine lives and actually believes he can finally bring his cat Patrick back.

Claire continues dating Ted, and has begun seeing reports on the news about bodies of women that are being found.  Just when she realizes that she is pregnant, she starts to suspect that Ted is the killer she’s been hearing about.  When Ted finds out that Claire is pregnant, he becomes enraged, because he thinks that owning a pet is better than having babies, and all he cares about is bringing Patrick back.  Here the film gets even weirder than it already has been ,as hard as that is to believe,  and I could only imagine that this must be what a truly awful acid trip would be like. 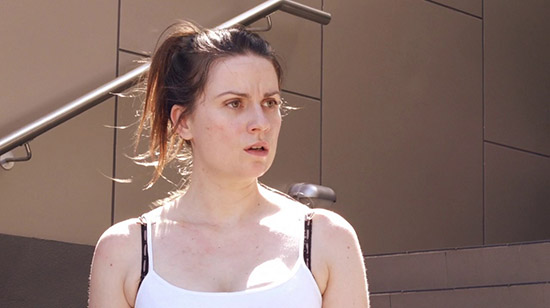 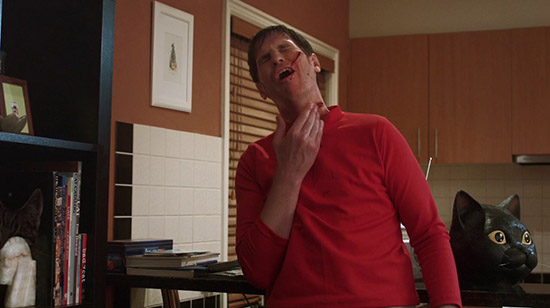 I love finding a really great horror film that scares me, (horror films that are actually scary have become somewhat rare these days) but I don’t even mind a bad horror movie. Usually I can find something likeable even in, what I would consider, a bad horror movie.  What I can’t comprehend are films like this one, that not only somehow ended up under “horror”, but that even exist in the first place. 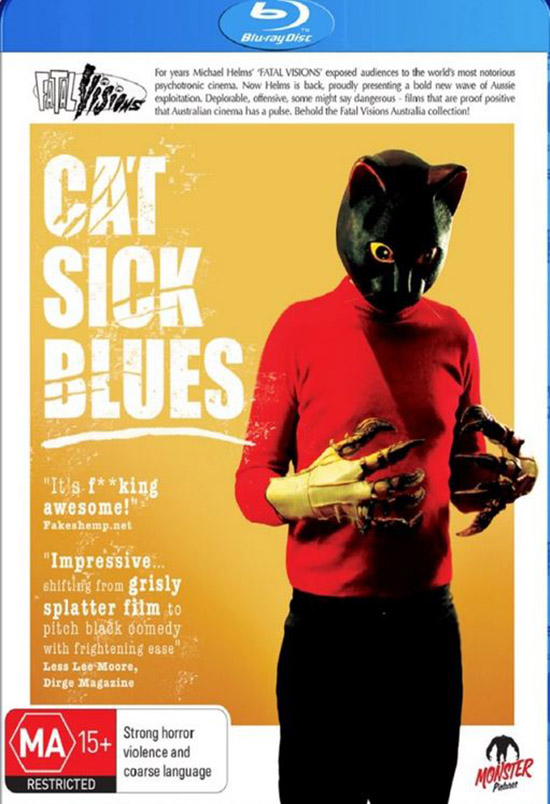 Outside of the actual sub-genre of torture porn, that doesn’t even apply to this film, what is it about torturing, raping and murdering women that is so entertaining, and why do films like this one keep getting put under the horror genre?  This film isn’t about a guy who is so devastated by his cat’s death that he rapes and murders women in order to bring him back, or he would have killed at least one man. It’s about a sick individual who rapes and murders women for the sheer fun of it.  Instead of horror, this movie deserves to be under fetish, on the bottom rack of a back room of an old VHS store. 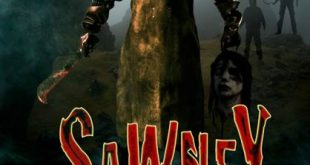 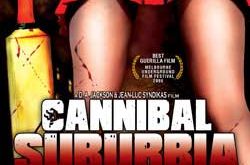