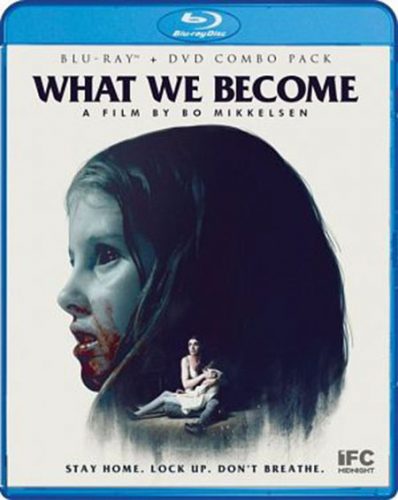 After being quarantined in their house due to what everyone is told is a serious flu outbreak, a family slowly becomes suspicious of the official explanation when communication with the outside begins to break down and odd things begin to happen.

What We Become is a Danish zombie horror film with an American accent; in the role of obligatory dysfunctional group we have the typical generic modern movie family made up of Troels Lyby as the ineffective, happy-go-lucky family patriarch, Dino, and his wife, Pernille (Mille Dinesen), who is more than willing to let him know exactly how ineffective he actually is; Benjamin Engell stars as Gustav, their churlish, teenage son with the temperament of an unlicked cub and the libido of Bob Crane; Ella Solgaard appears peripherally as Maj, the exaggeratedly innocent youngest child who’s attention is squarely focused on her pet rabbit, Ninus; and Marie Hammer Boda, who struts sluggishly through her scenes as Sonja, the daughter of their next door neighbors and the focus of Gustav’s manufactured, and distinctly artificial, obsession.

The real meat of the narrative starts off right after the opening credits with compulsory shots of small town domesticity right out of a middle-American Norman Rockwell painting, surprisingly enough; predictably, these scenes are replaced relatively quickly with moments of mounting mild discord within the family and the local community which are supposed to show the cracks beneath the sedate veneer of this quiet, unassuming neighborhood. Now, Gustav is rebellious, mouthy, and a peeping Tom rather than simply being a love-sick teenager; Pernille is more of a clinging, buttock-and-tongue nag than a companion and partner in marriage; Dino is a distant and inattentive father; Sonja is the sly little coquette next door who’s primary purpose is to bring tension into Gustav’s life; and Casper (Mikael Birkkjaer), the neighborhoods resident he-man hunter is there to emphasize Dino’s inadequacies. 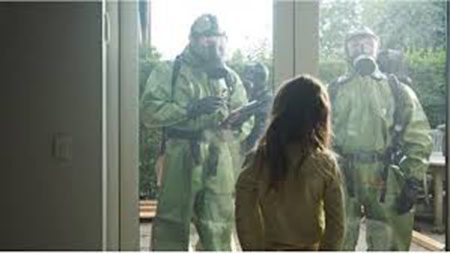 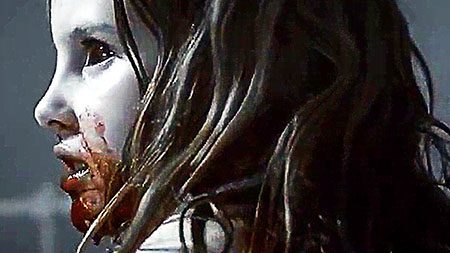 Bo Mikkelsen’s script is passible for this kind of film; although of Danish origin, it follows the typical story arcs of most contemporary Hollywood horror movies, thus delivering nothing original or surprising. Obviously, he’s seen, and been inspired by, Romero’s Night of the Living Dead and any number of other low budget direct to video/streaming endeavors from the last handful of years. What he lacks in freshness and imagination, he makes up for in his direction; he does a commendable job of keeping the story relatively realistic and interesting; his command of profluence is solid, and he’s able to pull out believable performances from the actors, even from little Ella Solgaard as the supremely innocent Maj; unfortunately, he accentuates her lambishness to the point of heavily signaling her experiences later on in the film.

Although not inspired or ground breaking, the acting by everyone involved is sufficient and, especially in the cases of Troels Lyby, Mille Dinesen, and Mikael Birkkjaer, at times above the standard called for in horror films. Troels is very nicely laid-back, empathetic, and compassionate, something not often seen in end-of-the-world scenarios; Mille is at turns warm, vaguely waspish, and completely broken; Mikael’s Casper adds a softer edge and a gentle nudging to what would be an otherwise hyper-masculine machismo in an equivalent American zombie apocalypse film. Benjamin Engell’s Gustav is a direct lift right out of Hollywood’s mediocre stock character bag of cheap tricks, which is primarily a shortcoming of the script. And Marie Boda’s Sonja is pretty much a gratuitous somnambulist throughout the film. Still, the acting follows through on what’s needed to keep things buoyant.

Strangely enough, while being a relatively new film, it actually feels rather old hat. Pulling on strings from numerous other films, which in turn, pulled on strings from even older and better films, this one creaks quite a bit. The viewer can see everything coming from a mile away and isn’t even remotely surprised by the fizzle of an ending which Mikkelsen apparently thought would be a real shocker to the horror world; that couldn’t be further from the truth, especially if you’ve seen the original Night of the Living Dead or its already numerous bromidic rip offs. 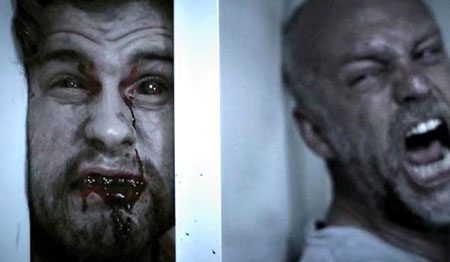 And, really, who hasn’t by this time? Even sweet, old grandmothers have already seen that thing without flinching; despite being a gritty classic, by today’s youth-obsessed standards, Night of the Living Dead is considered little more than a cozy little promenade through moth-eaten indie filmmaking history, shamefully enough. Watch What We Become if you’re looking for a pleasant, yet predictable, experience, but don’t be surprised when you’re not surprised.

What we Become is now available on bluray from Shout Factory 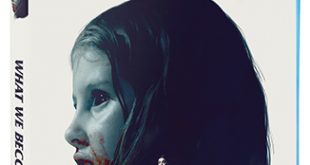