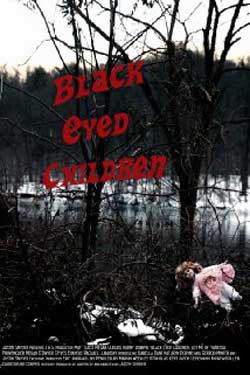 An aspiring film-maker embarks on a journey investigating the nightmarish and haunting stories behind the Black Eyed Children phenomenon.

I think it’s very easy to try and compare any and all found footage films to ‘classics’ like UFO Abduction (1989) and The Blair Witch Project (1999) – in fact, I’ve mentioned the latter a number of times in past reviews. In terms of its presentation, Black Eyed Children is very similar to the aforementioned: the film details the investigation of an urban legend, the so-called black-eyed children, in the area surrounding Huntsman Lake. It’s never explicitly mentioned, but I assume that it’s the same Huntsman Lake that is located in Springfield, Virginia.

Just a note, before I get into the actual details of the film – since (at the time of writing) it hasn’t actually been released, there isn’t much information available online regarding the cast and crew of Black Eyed Children. As a result, many of the names in this review have been taken from the credits of the film itself (which definitely contains some spelling mistakes), so I apologise in advance if some of the cast are credited incorrectly. 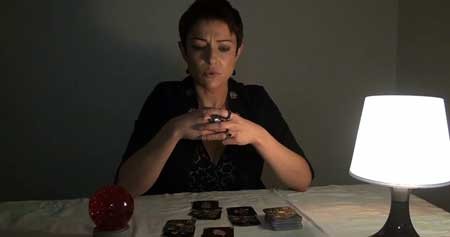 The film opens with a few clips of the film maker (Snyder) interviewing ‘strangers’ on the street – he asks them some typical questions, which are presumably being used to clarify the basics of the urban legend for those who have never heard of it.

Most of the backstory of the black-eyed children and the various theories surrounding their existence is explained this way – the film-maker seeks out people who have had experiences with the black-eyed children, first hand or otherwise, and they tell their stories. Unfortunately, the acting from most of the interviewees isn’t fantastic, so these retellings lack the suspense and fearfulness that would have otherwise made them interesting. It’s hard to tell whether it’s the script or the actors themselves that really takes away from these scenes, but I’m going to assume that it’s a combination of the two.

What’s more, some of the character designs were just bizarre. I have no idea what they were going for Professor Madden’s (Candice Johnson) overall look – I couldn’t stop laughing during the entire scene. Snyder is clearly playing footage of her using Windows Media Player, rather than hosting a live video call (as we are led to believe), and she appears to be reading her lines from the papers she is holding. The magic of film. 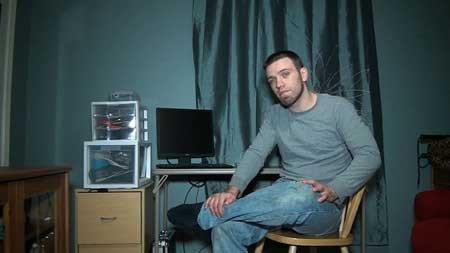 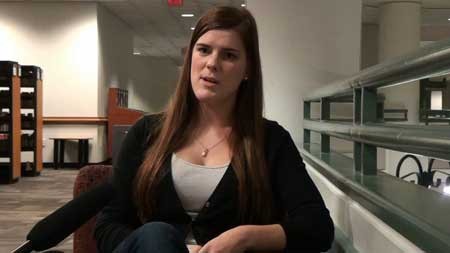 As well as the interviews, there is also footage of the film maker, often alone and in the dark, recounting what he’s discovered and offering his own thoughts on the urban legend. Over time, it’s apparent that he too is being watched, in one way or another, by the black-eyed children. There’s the usual crap with weird-looking, broken baby dolls being scattered around the forest. Spooky. Footage of a group of young people (who, I assume, having watched the rest of the film, are supposed to be the friends or housemates of the film maker) and the visit they receive from two strange children in the middle of the night is also included. As you can imagine, it doesn’t end well.

Aside from that, there’s not much to say. The ultimate scenes of the film aren’t great. While it’s obvious that Snyder was trying to explain the black-eyed children as something else, perhaps more sinister – both djinn and wendigoes are mentioned throughout the second half of the film. Coupled with a load of scientific jargon from supposed ‘experts’, which doesn’t really help to clarify anything, the whole thing feels loose, as if it’s been jumbled together at the last minute. It comes across more as Snyder just throwing in other creatures or concepts in order to flesh out the legend than him trying to offer some more insight into who or what the black-eyed children might actually be.

The film’s creator, Justin Snyder (who also stars in the film as the maker of the documentary) funded the film through a Kickstarter campaign, far exceeding his original goal of $350. A self-proclaimed advocate for practical special effects over CGI, much of his budget was spent on creating some fairly gory scenes featuring the black-eyed children themselves (though I don’t think these received enough screen time, given all of the effort that Snyder, along with Mark Wenger the other members of Original Sin F/X, had obviously put forward). 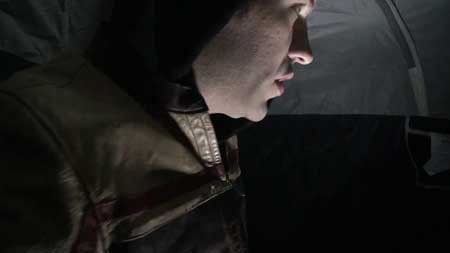 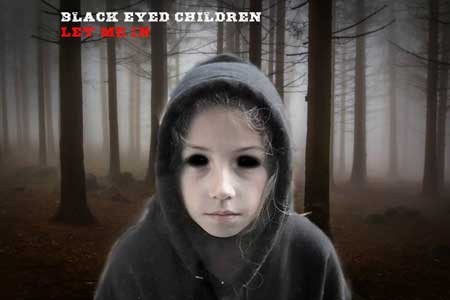 I don’t feel that Black Eyed Children lived up to its full potential, which is a shame. Given that the film was (as far as I can tell) almost entirely crowdfunded, it’s clear that many people were excited to see what Snyder would produce – while I don’t doubt that many people will still enjoy the film, I found that the lack of quality really showed. Then again, given it was created on such a low budget, it’s not surprising, so perhaps I’m just being harsh.

The concept of the film overall was quite interesting, and I enjoyed the mockumentary-style formatting. While I don’t find the urban legend of the black-eyed children particularly frightening, plenty of people do – which is understandable, given that infants are typically touted as paragons of innocence. The idea of a child committing acts of evil, regardless of the reason, is something which has been exploited by a great many horror films in recent years. It’s a relatively creepy idea which, with a better budget and production, could have made a great horror flick. There’s just something missing from Black Eyed Children in its current state. Perhaps, with a little more polishing, this could be a really shiny turd.

NB: Witty remarks aside, I wish Justin Snyder all the best in future directing gigs. You’ll be able to watch Black Eyed Children: Let Me In online and some local television networks from the 1st September.