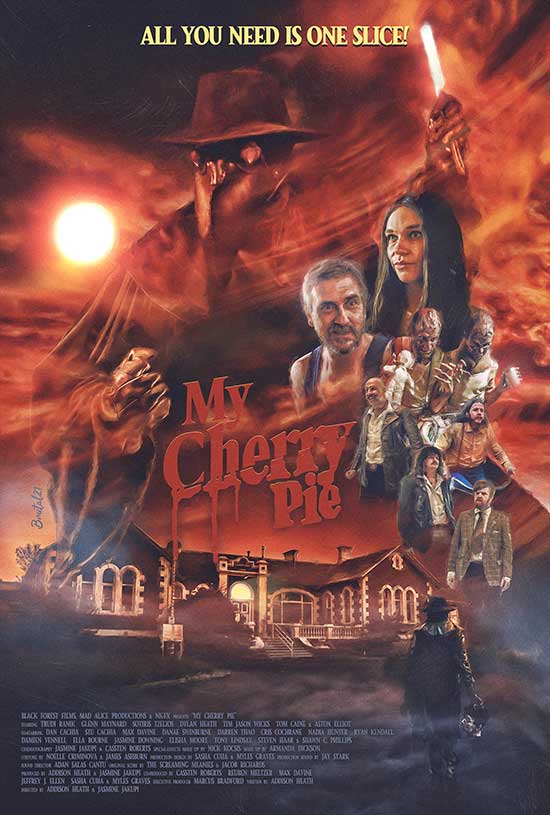 Here is a brief synopsis…
On the day of his prison release, Freddy (Sotiris Tzelios) joins his right-hand men Jack (Dylan Heath) and Green (Tim Jason Wicks). Together they embark on a violent crime spree across Melbourne. When things go from bad to worse, the gang finds themselves on the run. After car troubles and a chance meeting with Edwin Crow (Glenn Maynard), they are offered a place to stay at the historical Pleasant Creek Hospital. It is here they meet the shy but friendly Cherry (Trudi Ranik). When day turns to night a fight for survival begins as this old building happens to be the hunting ground for a masked killer.

My Cherry Pie is the sixth feature by Black Forest Films. The poster is their second collaboration with Chris Barnes of Brutal Posters. The film will begin its festival run in mid-2021 with an intended release for early 2022.