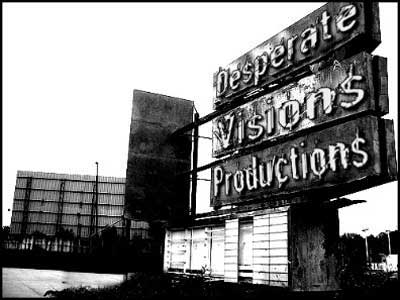 The Crest Theater in Sacramento, California, will host the World Premiere of “DESPERATE VISIONS” on Friday October 8th, 2010 at 11pm. A Second screening will follow on Saturday Oct 9th, 2010 at 11 pm. The Crest theater is Located at 1013 K street, Sacramento,CA

“Desperate Visions” is the latest production from the Sacramento based Desperate Visions Productions and VChi studios. This is the 3rd film produced from D.V.P. that has played at the historic Crest Theater.

Desperate Visions is a movie within a movie consisting of the films “Lady M.” and “Chump Change” and it is unlike anything that you have ever seen before. Written and Directed by California underground filmmaker Jason Rudy, This is film done in the drive-in / cult movie tradition, which has been the case with his previous films. All seats are 10 dollars and tickets are available at the Crest Box Office or Tickets.com