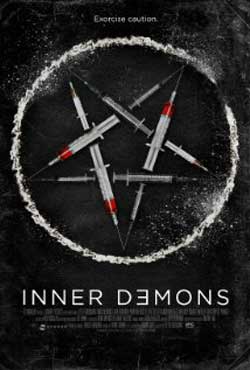 Carson is your typical Catholic teenaged girl, straight A student. When her family notices a gradual decline in grades, social activity and demeanor they enlist in the help of Step Inside Recovery, an addictions counselling facility. A documentary film crew shoots the entire process from intervention to counselling and recovery. Carson’s parents, friends, fellow patients and film crew are in for an awful shock when they realize her behaviour originates from something much darker than addiction.

I must confess when the initial credits began to roll for Inner Demons my eyes involuntarily rolled and a sign of defeat was unleashed. An inner voice told me if I had to watch yet another found footage or demonic possession knock off, I’d likely quit watching horror altogether.

I’m pleased that my preconceived notions about this production couldn’t be further from the truth. 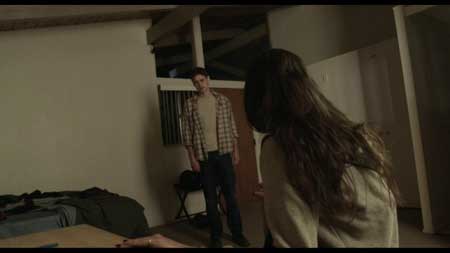 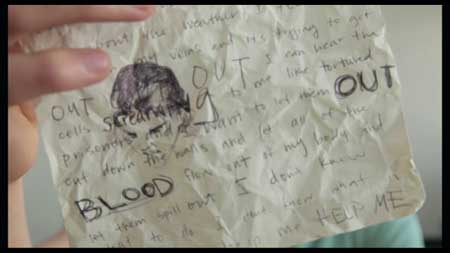 We’re introduced to Jason (Morgan McClelland), Suzanne (Kate Whitney) and Tim (Brian Flaherty), the film crew aspiring to shoot the footage for troubled teen Carson’s heroin addiction. Their initial dialogue and interaction flows naturally and casually. The audience is treated to some humor at their prospective project and instantly the subconscious guard is let down allowing for the turmoil to commence.

Footage of the interviews with Carson’s parents, priest and friends exudes a feel of authenticity. We question not the integrity of the formatting and the overall presentation could have been easily lifted from any number of reality television shows. Photo montage, along with heartfelt music, further enhances the realism of an addiction documentary. The premise of the recovery process is highly imaginative and compels a large audience. Many viewers tired of the demonic possession plot being over saturated will likely pursue this film further, intrigued by its original concept.

The presence of Catholicism sets up a powerful segue into a classic good versus evil conflict. Submissions of family videos accompanied by a foreboding, ominous sound track into the documentary, provides the viewership a glimpse into the unholy terror about to ensue. 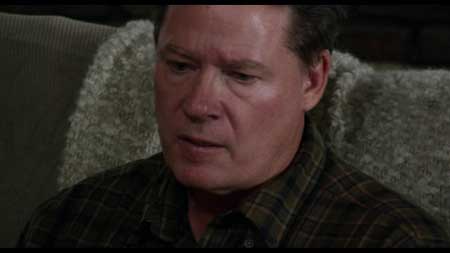 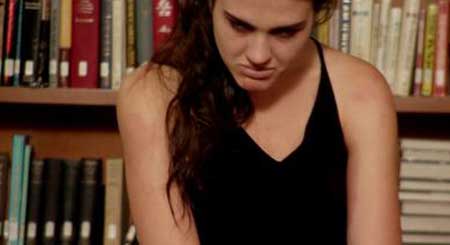 Character development is conveyed with top notch performances from each of the cast all around. From the father Steve, the mother Beth, Carson (Lara Vosburgh), the camera crew and therapist Dr. Prentice we buy into their portrayal. Many similar productions will make the average viewer wince in disdain over the lack lustre performance. Each of the actors and actresses, even though relatively unknown provide award winning caliber scenes. Some of the excerpts involving Carson are skin crawling, jump out of your seat terror most actresses would die of envy over.

The editing team best harnesses their limited funding and resources to provide an eerie atmosphere. Through the intervention sequence the mood embodies each of the senses with dramatic, steadily rising music, the hollow eyes in our lead protagonist, terrified expressions in her confronters. We not only witness the scene but feel lured directly into the center of the fray. It’s rare to experience such a powerful scene, especially for hardened cynics of the genre such as myself. The distortion of video, unearthly voices and violent tendencies provide plenty of unease while the lapse time is well under twenty minutes. 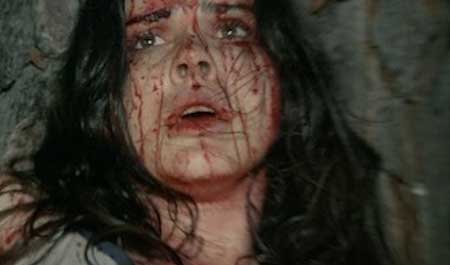 Some red flags or indicators provide additional foreshadow that something catastrophic will be unleashed. Suzanne (Kate Whitney’s) ridicule and mockery over Carson’s demonic peril is a testament that one should not provoke what is truly misunderstood.

In hindsight there was really only one moment that interrupted the unholy façade. When Dr. Prentice reaction to Carson’s claim is taped, it comes across as unprofessional and difficult to buy into. It dramatically tarnishes his credibility and many of the audience will swiftly dismiss any of the counsellor’s intentions.

The real momentum builds as the treatment is chronologically listed day by day. We witness Carson come undone at a progressive rate. Some noteworthy dialogue is executed from patient to patient that shock and disturb many.

While the lapsed time begins to unravel the audience is privy to additional indicators something very evil lurks within the soul of Carson. A holy water experiment goes dreadfully awry that will induce a pulse pounding frenzy from even the most jaded of cynics. The reoccurring interruption in slumber, at precisely 3:20 each morning provides a fantastic pang scene that had yours truly squeal like school girl and consider turning off the film. The nurse’s talisman and superstitions suspends further mystique as we cannot wait to see what happens next. 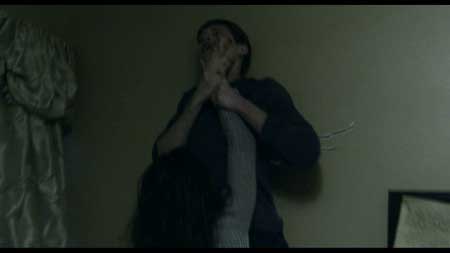 Carson’s attraction to Jason and vice versa eludes to a stereotypical ending. But fear not scream fans the final act sheds light into the Carson’s conundrum and its origin unveiling a climax twist we could never see coming.