In Suri Krishnamma’s The Grief Tourist, a tortured, disturbed, and troubled man named Jim Tahana retraces the footsteps of serial killers who fascinate him as his hobby. His dark obsession with past killers soon becomes his reality and leads viewers on a menacing and horrific journey inside his twisted mind.

Vision Entertainment Group has partnered with Suzanne De Laurentiis Productions to produce while the script was written by Frank John Hughes and Michael Cudlitz and Bryan Cranston will star. Would you risk your life for the thrill? 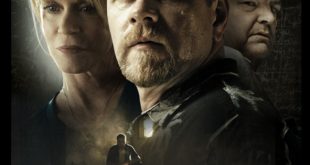