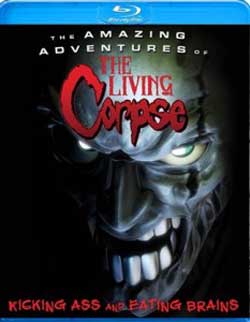 A somewhat self-aware zombie takes it upon himself to keep the rest of the walking dead at bay.

It was only a matter of time before someone was savvy enough to bring us a comic book zombie hero.  In this humble opinion, James O’Barr had already accomplished that exact artistic feat when he created The Crow over twenty years ago, but that’s neither here nor there.  Besides, Eric Draven never once had a hankering for brains, so I’m certain there are those who would disqualify him. 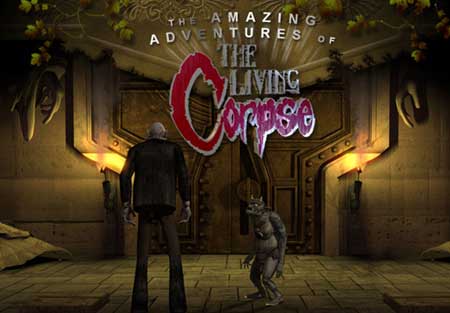 Based upon the series by Ken Haeser and Buz Hasson, I ventured into the computer animated “Living Corpse” (I doubt you’ll read the full title once within the body of this review) with no prior knowledge of the source comic save a quick Bing Images glance at the artwork.  Since discovering girls, I only invest time in a story told in panels if it appears in a newspaper, or I enjoyed the film it inspired.  Though brimming with original concepts (betrayed by the sometimes woeful digital rendering) and sharp wit (similarly stabbed in the back by dispassionate vocal performances), there’s a strong chance “The Living Corpse” will not make my summer reading list. 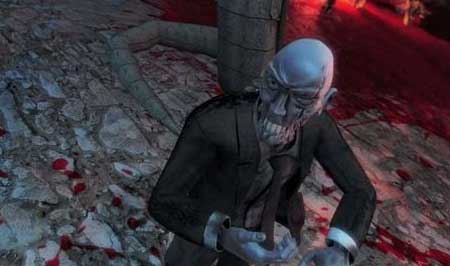 A classic sequence of the undead climbing from their cemetery graves (nobody ever begins zombie movies like this anymore) thrusts us instantly into the fray.  Across the street, a feisty mother wards off the intruders in an effort to protect her young son and daughter.  As her defenses fall short, she and the girl become midnight snacks as the boy watches on.  Just before meeting the same fate, he calls out to his father, who happens to be present and accounted for as one of the bloodthirsty horde.  This causes John Romero (subtle touch) to regain a conscience, and he saves the child from his rotting brethren. 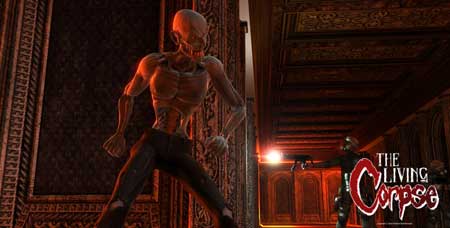 This would be a gripping opening sequence if what exactly the hell is going on was explained at any point.  The sense of exclusion continues throughout, as young Taylor Romero (the survivor and voice of Emrys Wright) is sent to an orphanage that specializes in victims of supernatural forces.  After fleeing the authorities, John (Michael Villar) finds himself in The Wretched, where he is befriended by demon Asteroth, voiced by Marshal Hilton of “The Bunnyman Massacre” in such a low growl, I had to constantly adjust the volume in order to keep myself from making up dialogue for him in “Mystery Science Theater 3000” vein. 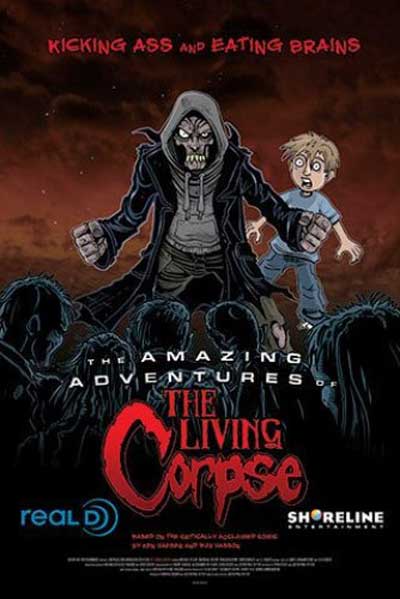 As you have most likely surmised, friends, “The Wretched” is Hell and “Asteroth” is Old Scratch himself, who takes a fascinated shine to the zombie with a soul.  Occasionally accompanied by imp Worthless Merk (Ryan McGivern), John is able to travel between both worlds to keep watch over Taylor.  However, he is constantly pursued by the towering Rope Claw and his pack of. . . things.  The creatures, prevalent throughout, move similar to the Xenomorph of “Alien 3,” yet look like Pumpkinhead with a bit of the “Horror at Party Beach” monster thrown in for good measure.  Initially frightening, they soon lose impact once they are easily felled by children with slingshots. 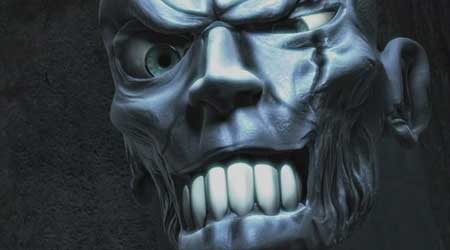 An awkward shift fifteen years forward rounds out the convoluted final third, which is even more of a mess than the barely cohesive hour of empty eye candy that preceded it.  “Corpse” has three enormous strikes against it, and the first is the script by director Justin Paul Ritter (the unique torture P*rno “Katiebird *Certifiable Crazy Person”) and Ryan Plato.  Every moment feels as if the writers were determined to include the moments that would look coolest onscreen, with no thought given to connecting them.  The entire affair plays like an elaborate fan film created only for those in the loop.  Every other potential ass in a seat is alienated. 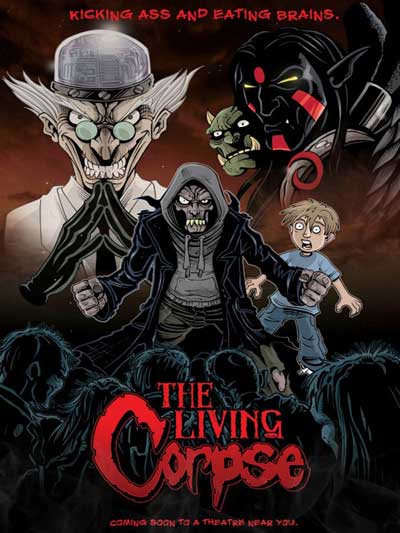 Which brings me to the second swing-and-a-miss, the baffling question of who this film is intended for.  The violence against people is bloodless and less gratuitous than “Hotel Transylvania,” but the countless sequences of John taking out any of the underworld’s creations are shown in bone-crunching glory.  From what I’ve seen of the comic art, Haeser and Hasson certainly have no issue with detailing human viscera.  In this version, clean brains are provided for John by Merk with barely a hint at the butchery that obtaining them entailed.  It’s a nutless affair that pretends it isn’t.

Fully aware that animating an entire motion picture in any given style is a meticulous labor of love and should be applauded, I still feel I cannot finish this review in good faith without warning again about the computer graphics at play here.  Resembling better-than-average (but not exemplary) video game exposition, you may find yourself pushing an imagined “B” button to skip to the game play.  Either that, or hunting for the remote, wondering who turned on “Jimmy Neutron: Boy Genius” when you weren’t paying attention.

As “The Amazing Adventures of the Living Corpse” (there, I did it once) breaks its bat over its knee in frustration and takes the walk of shame back to the dugout, it should be pointed out that there are more than enough novel ideas here to hold the interest.  You may just end up wishing that your interest was being held by anything else.