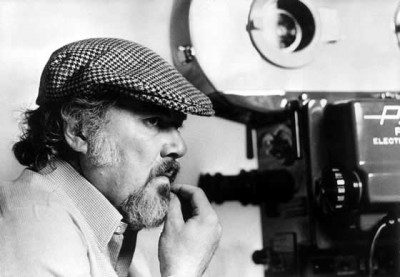 Robert Altman, the director of M*A*S*H (1970), Nashville (1975) and Gosford Park (2001), is not an easy artist to summarise. He has always been a fiercely unpredictable ‘lone wolf’ (like many of his heroes) in the film business. But surprisingly, the one category in relation to his work is seldom discussed is the fantastic. Yet at least five of Bob’s films are indubitably fantasy, and he himself once told me “All these films of mine are science fiction.” 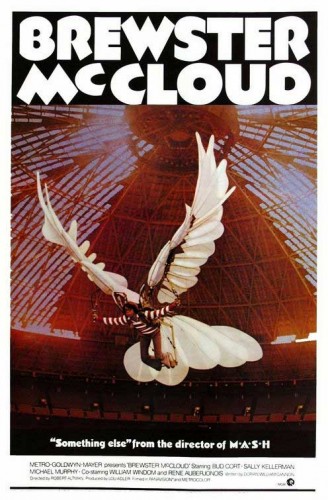 The first of Bob’s really fantastic films – not including Countdown (1968), a melodrama about astronauts – was Brewster McCloud (1970). This features Bud Cort as the owlish Texas kid who has trouble coping with work, sex and life in general, and becomes preoccupied with building a set of wings instead. The poor earthbound boy yearns to fly. His path keeps crossing that of the enigmatic Sally Kellerman, who appears to be a de-winged angel of rather lustful tendencies. She has some connection with a series of homicides that take place where ever he goes, always connected with birds or bird-droppings. It is a very birdish, feathery film all round. Ultimately Bud Cort does fly, triumphantly circling the inside of the Houston Astrodome, before crashing like some exhausted Icarus to the ground. The film is funny, bizarre inconsequential in its development, and usually inventive. The theme of obsessives following their dreams was to be one of the few constants in Bob Altman’s subsequent career.

A connecting theme for Bob, the relation of truth and illusion, was probed altogether too artily in the next of his fantasies, Images (1972). Suzannah York plays the writer of children’s books suffering from advanced schizophrenia. Her hallucinations are given the same visual weight as the ‘reality’ of the film, and since she has a lot of them, and since they involve basic plot points such as homicide, the audience becomes understandably confused. 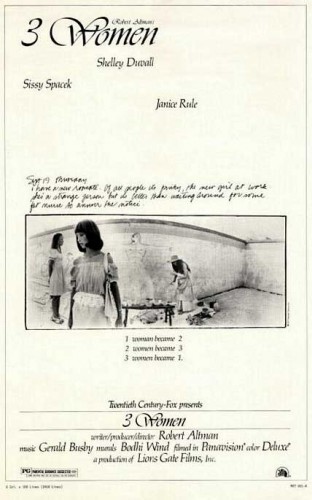 A less intense but more disturbing film is Three Women (1977). Fantasy fans may best remember Sissy Spacek as Carrie (1976) and Shelley Duvall as the terrified wife in The Shining (1980). In Three Women, Sissy plays a shy, clumsy girl who latches onto the apparently more sophisticated woman played by Shelley, and moves into her apartment. Both work in the wholly unreal surroundings of a geriatric clinic. Shelley gives a memorably lurid hateful/sad performance as the woman wholly definable (so it seems) by her possessions: Her clothes, her neat, fussy flat. She yearns for a boyfriend who might equally appear to have stepped straight from a television commercial, but when it comes down to it is prepared to have sweaty down-market sex with the local adulterer. Sissy attempts suicide, suffers severe concussion and is hospitalised. So far no fantasy, except for the haunting third of the three women, played by Janice Rule, who drifts around aimlessly preoccupied with painting mythological, erotic murals whose scaly, serpentine femaleness pervades the entire film. But when Sissy recovers, the fantasy starts. She begins to take on Shelley’s personality, developing confidence, poise, and hard brittleness. Shelley, appalled but unable to resist, becomes at the same time drained of personality, first waif-like and later (metaphorically) invisible. This apparent psychic vampirism is a disturbing tour-de-force. As a fantasy of the mutability of personality, Three Women is as startling in its way as, say, the overt science fiction of Invasion Of The Body Snatchers (1978).

Bob’s next fantasy was, in fact, real science fiction: Quintet (1979). It is a cold, remote and unapproachable film in many ways. Yet it is purer science fiction than many a genre piece such as Star Wars IV: A New Hope (1977). In the future (time unspecified), seal-hunter Essex (Paul Newman) tramps through desolate landscape of snow with his pregnant wife (Brigitte Fossey) towards a derelict but still inhabited city. Maybe some catastrophe had taken place (a new Ice Age seems to have begun), or maybe humanity is dying out through sheer apathy (Fossey’s unborn baby will be the first child in many years). The people of the city, dressed in furs (technology too has frozen) and appearing medieval rather than futuristic, are all obsessed by a board-game called Quintet. A ‘real’ version of the game exists, a tournament where players lose because they are killed in actuality. During one such move, Essex’s wife is inadvertently killed. Events become complicated after that, but in the end Essex (after killing several players himself, including a woman that seems to love him) walks northward into the snow. He has the romantic and unlikely notion that there might be a better place elsewhere, symbolised by a goose in flight, a recurring image in the film. He will almost certainly die. The film seems to say that Essex, an uncorrupt man in touch with nature, has to leave the city because society there is decadent and death-obsessed. Underneath, one wonders if Essex’s romanticism is not just as sterile in its way as the city, where at least the game provides a simulacrum of warm passionate life, even if death is its object. Indeed, the game is life. There are so few films that give a three-dimensional plausibility to a future society, but this one does – Blade Runner (1982) is another.

This fleshing-out of an alternate culture (a kind of creativity that is at the heart of science fiction) surfaced again the next year in a very unexpected context. Popeye (1980) came as a complete surprise. A Disney-financed musical based on a cartoon character, and directed by Robert Altman? It seemed impossible, yet in many ways it was a triumph. 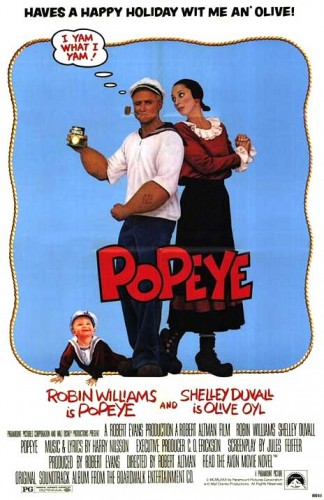 In the opening, Popeye (battling through heavy seas in a row boat) arrives at a small fishing village of spindly, precarious houses. All is not well in Sweethaven, which is being lorded over by the brutal Bluto (Paul Smith), but the place is full of life – a clumsy, accident-prone life, it’s true. From the outset, Popeye seems more ‘human’ and less of a cartoon stereotype than the Sweethaven inhabitants, but as the story progresses he is somehow drawn into this bizarre world and comes to stand as its emblem – jutting jaw, swiveling pipe, grotesquely muscled forearms and a sweet temperament. It’s a performance of genius from Robin Williams, who manages to subdue his own powerful personality and allow the semi-coherent Popeye to take on an air of reality. The paradox of the film is the way in which human actors playing cartoon figures come to seem as deeply real as ‘real’ people. 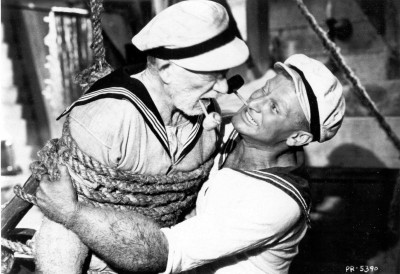 Bob’s films have always been known for their sense of bustling life, abundant, muddled, almost spilling over the edge of the screen. Many people dislike his work because the soundtrack can become confusing, with background noises and snatches of seemingly irrelevant conversation competing for our attention against the main action. The result is a boundless vitality exactly right for this fantastic fairy-tale about a sailor searching for his long-lost Pappy, finding him (he turns out to be a villain) and also finding a baby named Sweet Pea. 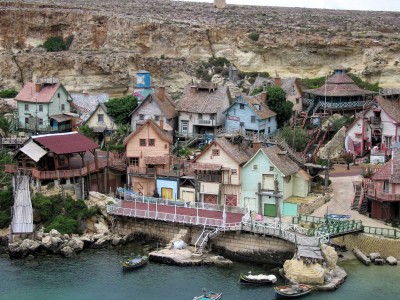 The old Robert Altman themes, which have sometimes seemed over-intellectualised previously (as in Quintet), emerge quite naturally in this far-from-intellectual film. Dreams and obsessions, truth and illusion, sweetness and savagery, and the adjustment of one’s self to things as they are. Shelley Duvall, who plays Olive Oyl, is an absurdly close replica of the original cartoon character. She has the film’s most touching moments: Her wispy little song about Bluto (to whom she is engaged), purporting to praise him but feebly coming down to his only possible recommendations (“He’s large” and “He’s mine”), and the moment when, while scolding Popeye, her lips manage with a coquettish precision ‘accidentally’ to brush his. Bob’s baby grandson, Wesley Ivan Hurt, plays wide-eyed Sweet Pea with all the confidence of an experienced trouper. Harry Nilsson‘s cleverly naive-seeming songs would not work very well on their own, but are just right for the story, as is Jules Feiffer‘s vinegary screenplay.

Despite life’s sour moments in Sweethaven, it is nonetheless a Haven, not just for Popeye, but in a curiously touching way for many of the fantasies of the great American dream. Perhaps Sweethaven is the place that Essex is forlornly seeking at the end of Quintet. And it’s on that note I’ll wrap-up this week’s Vintage Screams, and respectfully request your presence next week, when your leg will be crudely humped by another cinematic dog from Hollywood for…Horror News! Toodles! 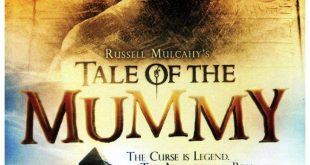 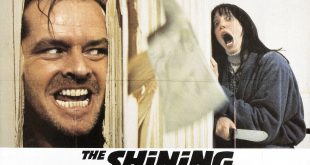 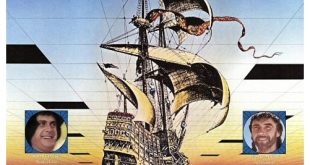