Knights of Badassdom (2014) from director Joe Lynch is a film with a troubled past, surviving struggles and hardships on its journey to VOD and DVD release. Despite its languishing release date, the film remains in the minds of fan anticipating its release. The HNR grue-crew tackle Knights to see if the film was worth the wait, to see if it lives up to the hype and the suspense.

Thomas continues the theme with the Top Horror Comedies of the week talking about Gremlins, a comedic Leatherface and the always brilliant Tom Atkins. Doc steps in to discuss the premiere showing of a low budget independent feature from North Carolina director Brett Mullen called Bombshell Bloodbath. Dave ends the show with the Horror News of the Week with information about Godzilla, Guardians of the Galaxy and a loving tribute to Harold Ramis.

00:02:32 – Knights of Badassdom
Director Joe Lynch teams up with writers Kevin Dreyfuss and Matt Wall to film a horror comedy about LARPing. What? Yup. LARPing. The film, Knights of Badassdom, centers around a band of live action role-players who stumble across a long-lost tomb from the Middle Ages with spells that raise a killer, blood-thirsty succubus. The films stars fan favorites Ryan (True Blood) Kwanten, Steve (Diary of a Wimpy Kid) Zahn, Peter (Game of Thrones) Dinklage, Summer (Serenity/Firefly) Glau and Jimmi (White House Down / House of Cards) Simpson. 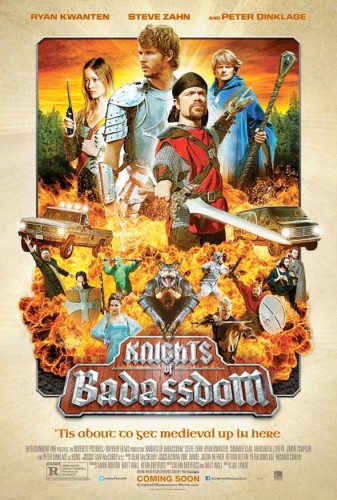 00:50:25 – What Have You Been Watching – Bombshell Bloodbath
Doc is thrilled to share his experience at the Greensboro, North Carolina premiere of Brett Mullen’s Bombshell Bloodbath, a promising independent film. The film has a heavy Italian cinema influence from the story structure to the cinematography to the music from Umberto. The film is full of zombie gore and zany antics and Doc sings high praises for the film and the director.

01:00:25 – Horror News of the Week for 02/24/2014
Dave Dreher starts off the Horror News of the Week with sad news relating the death of comic legend Harold Ramis, most famously known as Dr. Egon Spengler in Ghostbusters (1984). The gang shares their fond memories of seeing his many films over the years. Dave can barely contain Doc’s excitement as Thomas begins to talk about the Guardians of the Galaxy trailer from Marvel Entertainment and James (Slither) Gunn. Not to be one-and-done, Dave follows this up with news about Godzilla, the full shot is finally out there, the roar is now fully realized and the trailer is coming (it’s here!). Bates Motel on A&E is getting its own “after-show” much like The Talking Dead. Dave is thoroughly creeped out by the icky, spider-y chills in the poster released for Utero. Yuck! 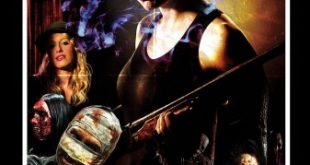