Thomas continues the theme with the Top 5 of the Week bringing his Top 5 Homicidal Women in Horror featuring films like Fatal Attraction, The Devil’s Rejects and the underrated, under-appreciated Orphan.

Co-hosts Doc Rotten, Santos (The Black Saint) Ellin Jr., Dave Dreher and Thomas Mariani also tackle the “What You Have Been Watching” segment for this week discussing the hit animated film, The Lego Movie. Dave closes the show with the Horror News of the Week with updates on The Walking Dead, Bates Motel and Zombeavers. Wait. What? Zombeavers? Oh, yeah!

00:02:22 – Nurse 3D
Can the HNR crew really take Nurse 3D seriously? Is it the Showgirls of horror? High camp or pure garbage? The grew crew are here to answers those questions and much, much more. Bwah-hah-hah. Nurse 3D is a goofy, satirical horror slasher film with an outrageous (and somewhat frustrating) lead performance from its uber-hot star, Paz de la Huerta. 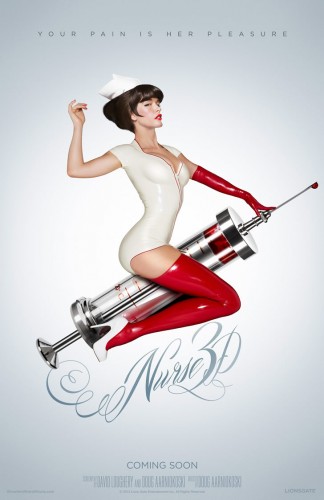 00:39:35 – What Have You Been Watching – The Lego Movie
Thomas, Santos and Doc love The Lego Movie far too much to let its release go totally unnoticed. The HNR gang share their thoughts of and appreciation for this delightful, imaginative film.

00:49:01 – Horror News of the Week for 02/10/2014
Dave Dreher starts off the Horror News of the Week with the return of AMC’s The Walking Dead. The whole gang chimes in on what they thought of the hit zombie TV’s shows first show of its second half of season 4. IFC Midnight is releasing a found footage film called The Den. The trailer has caught Dave’s imagination. Stephen King shows up a lot in HNR News and this week it is all about The Cell. Horror is terrorizing TV across the dials, Dave spotlights the full trailer for season 2 of Bates Motel. Then Doc cannot believe his ears, there is a movie called Zombeavers? Woot! 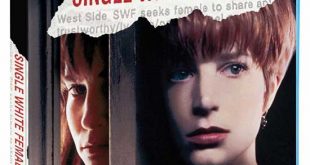