Big Bad Wolves is a film worthy of being on anyone’s top 10 list. The film is a unique twist on the revenge film where an Israeli police officer struggles to get a confession out of a suspected child killer and resorts to horrendous, torturous methods. But nothing once the father of one of the victims steps in to extract the location of his daughter’s missing head from the suspect and frame the cop for his impending murder. The film is rich in dialog and character, much like the films of Quentin Tarantino, the maverick director who put the film on his best of 2013 list.

Speaking of lists, Thomas continues the theme with the Top 5 of the Week bringing an eclectic group of films comprising the Top 5 Unconventional Revenge Films. He casts asides classics like Deathwish, Kill Bill and I Spit on Your Grave for obscure but incredible films like The Skin I Live In and Takashi Miike’s Audition. Oh,  my, you know this is going to be good!

00:02:22 – Big Bad Wolves
From Israel comes a vicious little film called Big Bad Wolves that is a real attention getter, for certain. “Bring me the blow torch!” Chills, baby, chills. This film is heavy on the Quentin Tarantino influence which caught the director’s notice prompting him to place the film on his top 10 films of 2013 list. Santos worries that Mr. Tarantino may be blowing smoke in our faces; he is thankful that QT is not and loves the film! In fact so do Thomas, Doc and Vixen. Intense, gruesome and surprisingly funny, Big Bad Wolves is a big hit with the grue-crew.

00:25:53 – Top 5: Unconventional Revenge Films
Thomas bring with him an incredible list of films this week banking off the revenge angle found in tonight’s main feature, Big Bad Wolves. He not only takes a look at revenge flick from the past few decades, but he also singles out the most Unconventional Revenge Films from the list. The list includes a film from the Japanese maverick, Takshi Miike, the humbling Audition. It also contains an early film from The Dark Knight and Inception director, Christopher Nolan, the mind altering Memento. Santos slides in one of his favorites from the Eighties, Ms. 45 and Doc questions if The Crow should be included. But it is Thomas’ favorite, The Skin I Live In, that has everyone talking.

00:48:01 – Horror News of the Week for 02/03/2014
Dave Dreher wraps up the show with another titillating round of Horror News of the Week. Sadly, the news starts off with the shocking news of the sudden death of acclaimed actor Phillip Seymour Hoffman. It is an incredibly sad loss which has the HNR crew fondly remember many of the actors past accomplishments in film. Peyton Manning and the Browns continue to put Doc in stitches while Dave shares all the horror icons that appeared in the Radio Shack super bowl commercial. David S. Goyer is returning to horror with the cinematic adaptation of The Breach. In remake news, a modern revision of the Aussie hit, Patrick, is finally coming to the States. And, last but not least, the El Ray network have released a trailer and promotional materials for their TV show, From Dusk Till Dawn, that have definitely caught David’s eye. Woot! 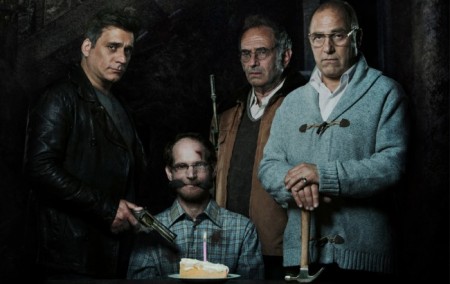 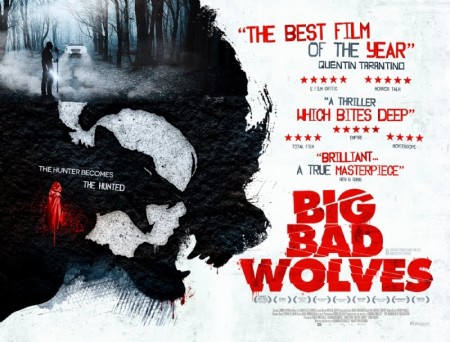