It’s “Hell on Earth” as Clifton Collins and Clancy Brown lead the cast in Hellbenders, featuring a group of sinning priests and pastors who are ready to take on the devil in ways normal clergy cannot.

Dave continues with the Horror News of the Week while Thomas shares his visit to Universal Studios’ Halloween Horror Nights and Doc reveals the winner of the latest Horror News Radio sweepstakes.


00:04:00 – Review of Hellbenders (2013)
The grue-crew are thoroughly disappointed with J.T. Petty’s latest horror comedy. The notion of a group of priests whose sole function is to sin as much as possible so they can be called on to drag a demon back to hell should the need arise could be the stuff of horror dreams but the Horror News Radio co-hosts all seem to agree the director J.T. Petty misses a great opportunity with the adaptation of his graphic novel Hellbenders. Speckled with a handful of decent performances and a fun scene or two the film comes across as a great idea rather than a great film. The crew all agrees that they like the idea behind Hellbenders but each has issues that they discuss in depth.

00:39:28– Horror News of the Week for 10/28/2013
It’s news time and Dave is ready to update everyone on all the horror happenings of the week and first up is the R rated trailer for the new found footage paranormal spook-fest Skinwalker Ranch. While Dave is looking forward to this one everyone else seems a little less excited about it. Causing a little more excitement is the news that Clive Barker is taking over the reins of the remake of Hellraiser and he is insisting Doug Bradley come along for the ride. Then is to the small screen as Dave brings the gang up to speed on a new Vampire special airing on NBC and drops the news that all eight seasons of Dexter are heading to Netflix. We end the news segment discussing SNL and the hilarious fake trailer they made for a Wes Anderson horror film. 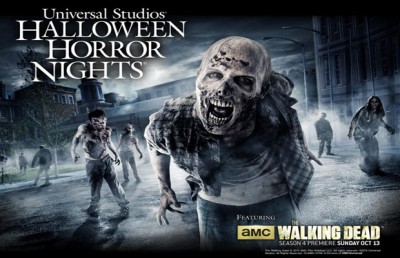 00:58:15 – What Have You Been Watching: Universal Studios’ Halloween Horror Nights
Thomas is back from his trip to Orlando, Florida as he does what every horror fan in America wishes they could do: visit Universal Studios to participate in the park’s annual Halloween Horror Nights. Thomas relates his trip through the many movie themed houses and mazes.