Found footage meets horror anthology again with V/H/S/2 as co-hosts Doc Rotten, Dave Dreher, Santos (The Black Saint) Ellin Jr., Thomas Mariani and Vixen discuss the sequel coming out June 6 on VOD and in July in a theater near you from Magnet Releasing. An impressive gathering of young horror directors unite to film a series of shorts that include zombies, aliens, ghosts, demons and a Satanic cult. The grue-crew examine each of the four segments and the wrap-around story. After they recover from that exhausting debate, Dave jumps in with this week’s horror news.

Based on the original anthology concept from horror fan turned producer Brad Miska, V/H/S/2 has a pair of private detectives breaking into a house looking for their client’s missing son but finding a series of horrifying films on VHS tapes…and so much more. The wrap around story, Tape 49, is directed by Simon Barrett.  Adam Wingard directs and stars in the first segment, Clinical Trials Phase 1, which turns out to be Vixen’s favorite. Eduardo Sanchez and Gregg Hale tackle the next segment, A Ride in the Park, where a biker with a GoPro camera encounters the living dead. Gareth Evans and Timo Tjanjanto team up to direct the third segment, Safe Haven, where a documentary team attempt to expose the secrets of a notorious cult and their charismatic leader. This ends up the favorite of the entire group. Jason Eisener heads up the last segment, Alien Abduction Slumber Party, where a sleep over ends up in dire straights and bright lights. It’s a relatively spoiler free rant on each chapter.

Dave starts off this week’s horror news with Horror Decor’s VHS pillow – a terrific addition to any horror collector’s treasures. Next up is news that Terminator 5 is set to return to James Cameron’s possession and that he might step up to direct the next sequel. Another high profile director is in the next news item: the makers of The Walking Dead have admitted to approaching George Romero to direct an episode of the hit AMC series only to have him decline. Adrian Garcia Bogliano’s anticipated but oddly cast upcoming horror flick Late Phases is up next. What does the film have in common with Gilligan’s Island? Listen to find out! Hannibal gets the green light for season two for the last bit of news this week to Doc’s delight. 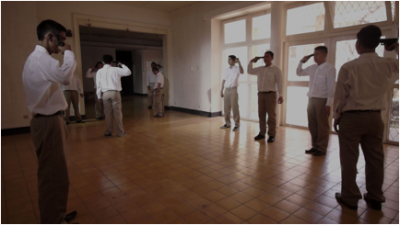 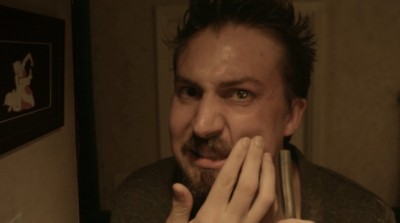