2 new spots for the ‘Devil’

Devil is being produced by Shyamalan and Sam Mercer. It was the first pic in a deal between Shyamalan and Media Rights Capital to create Night Chronicles, a banner that will hatch one genre film per year for the next three years. Chris Messina, Logan Marshall-Green, Jenny O’Hara, Jacob Vargas, Matt Craven, Bojana Novakovic, Bokeem Woodbine, Geoffrey Arend, and Caroline Dhavernas star in the flick.

Even with its release date approaching, the only thing that we know about the plot as it’s heavily under wraps is that Messina plays the lead role of Bowden, a sobered-up homicide detective, and it’s a “supernatural thriller” set in an elevator. Directed by John Erick and Drew Dowdle, the flick is arriving in theatres earlier than originally announced on September 17th. 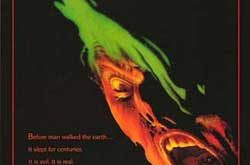