Co-hosts Doc Rotten, Dave Dreher, Santos (The Black Saint) Ellin Jr. and Thomas Mariani boldly go where no HorrorNews.Net podcaster has gone before…deep into space with J.J. Abrams and his latest feature Star Trek Into Darkness with the return of Captain Kirk, Spock, Bones McCoy and the crew of the Enterprise facing the deadly threat of John Harrison also known as…[shut your mouth]. Ah! Spoilers abound as the grue-crew review the sci-fi instant classic. Also, welcome aboard the latest addition to the podcast crew, the lovely Vixen. That’s right, the HorrorNews.Net Podcast now has a female perspective.

J.J. Abrams returns to the Star Trek franchise one last time before space-jumping over to Disney’s take on the Star Wars universe. Back to the fold are Chris Pine, Zachary Quinto, Karl Urban, Zoe Saldana, Simon Pegg, John Cho and Anton Yelchin as the crew of the Starship Enterprise. In their sophomore adventure, Kirk and Spock lead the crew on a mission to locate and detain John Harrison (Benedict Cumberbatch), a rogue Starfleet agent who has blown up the archives and murdered a number of high ranking Starfleet officials. The chase takes them right onto the doorstep of the Klingon Empire with Harrison hiding in a remote area of the planet Kronos. The grue-crew recap and review Star Trek Into Darkness discussing its merits as a Star Trek film, its handling of Star Trek cannon and its thinly veiled secrets – yes, the crew dive into spoiler territory.

In this week’s horror news, Dave starts off with the iOS app called Haunting Melissa. This app provides access to an iOS app series of ghost story short films called Haunting Melissa. Next up, Kurt Russell returns to the genre in a horror western called Bone Tomahawk. In horror TV news, NBC has picked up a LOST inspired series called Siberia and FOX has begun promoting this fall’s Sleepy Hollow. Dave closes with yet another spin about the ongoing attempts to get a Ghostbusters 3 movie off the ground. Is Bill Murray involved or not?!

As we welcome new co-host Vixen to the crew, we also share some listener feedback as T.J. from Finland lays into the gang about sticking to horror in the show’s content. Do you agree with T.J.? If so (or if NOT!), be sure to send us some feedback and voice your opinion. Leave us Listener Feedback with the Speakpipe link below or a comment on the blog entry. 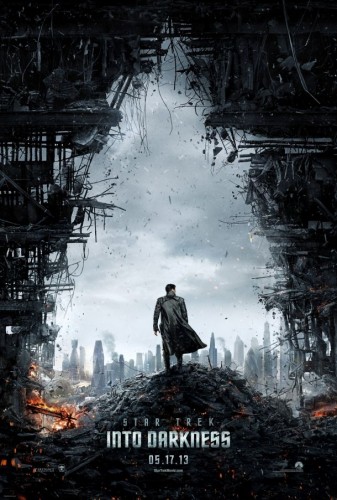 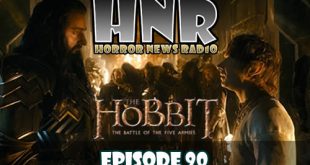