Anchor Bay Films is finalizing the details of its latest agreement for all rights to the supernatural thriller The Possession of Michael King. The film stars Shane Johnson and will be the directorial debut of the film’s writer David Jung. Today’s announcement was made by Bill Clark, president of Anchor Bay Entertainment.

“Audiences love possession films and this one is filled with all the thrills they’re known for,” commented Kevin Kasha, Executive Vice President, Acquisitions and Co-Productions.

Grieving the shocking loss of his wife, Michael King (Johnson) sets out to disprove the existence of the supernatural but as he journeys deeper into the occult, he discovers that some questions are better left unanswered. The film co-stars Dale Dickey (Iron Man 3, Winter’s Bone), Tomas Arana (Gladiator), Ella Anderson (Touchback) and Julie McNiven (The Rapture, “Mad Men”). The Possession of Michael King is being produced by Gold Circle Entertainment and is currently in post-production. 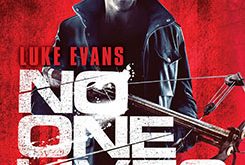 Momma gonna like U – real good! Anchor Bay snags a Mother of a film