A Horrible Way to Die: A horrible poster debut! 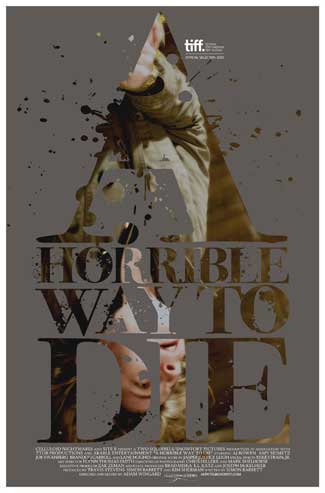 Below you’ll find the festival one-sheet for A Horrible Way to Die. The film, directed by Adam Wingard, is slated to make its premiere at the Toronto International Film Festival next month; AJ Bowen, Joe Swanberg and Amy Seimetz star.

Sarah is starting life over. After her last relationship ended with a revelation that sent her boyfriend, Garrick, to a life sentence in prison, Sarah had no choice but to leave her past behind. Now that she’s been relocated to a small town and given a new identity, Sarah’s embracing the opportunity to start life fresh.

Unfortunately for Sarah, the past won’t let go. Garrick escapes prison and discovers Sarah’s new location, then blazes a violent trail across the country to track her down and disrupt her seemingly perfect new life.

Award-winning director Adam Wingard plays with narrative chronology, sound design and visual aesthetics to slowly unveil the details of Sarah and Garrick’s dark past. Meanwhile, Garrick grows ever closer in his search, leading to a violent confrontation in which the true motivation for his obsessive manhunt is finally revealed.

Tags A Horrible Way to Die 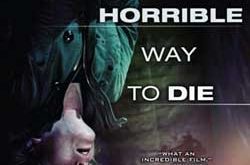 ‘A Horrible Way to Die’ but a pleasure to watch