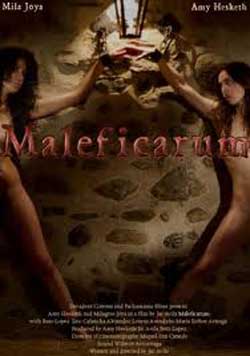 Maria Francisca, a wealthy young heiress and her friend Mariana De Castro, a young protestant widow, are accused of witchcraft and taken before the Inquisition.

There is something about these Inquisition films, that really strike a chord with me. Maybe it’s that combination of right and wrong all combined that seems so absurd but real for the times when it was in fruition. 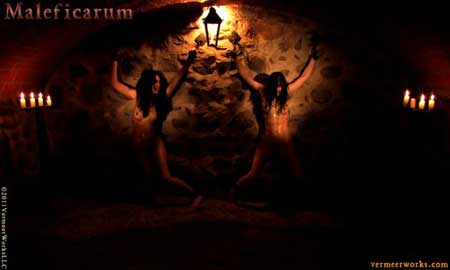 Many of these films serve as a way to exploit the violence, torture, and nudity that the woman endure for cinematic reasons. I was under the assumption that “Maleficarum” would follow that same path. My observation is that director Jac Avila has a great sense of visual compassion thru the use of extreme situations. We don’t need a play by play to relate to the events that take place and how the circumstances were manipulated for the financial needs of the church.

Missed the Trailer? No problem, check out Malefiaurum (2011) right here

As the film rolls in with some attractively chained females being prepared for torture, we cut into a series of testimonies from various members of the village re-telling the fate, and fabricated stories that led Maria Francisca (Amy Hesketh), and her acquaintance Francisca de la Cruz (Mila Joya) to their demise. This trend was an unfortunate one that relished in a rather ignorant set of laws and observations that lead many woman to unjust violence in the name of God and the church. 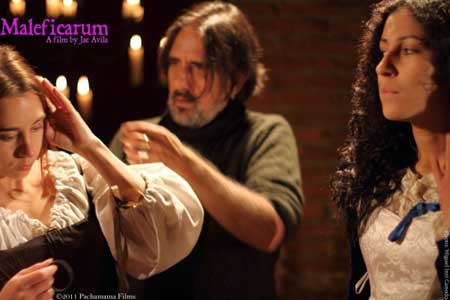 Mariana De Castro is a wealthy heiress orphan from the town that already was under scrutiny for being better off than the rest. Her friend Mariana De Castro, now a widow, was left alone after her husband’s execution who was originally thought to have been consorting with the devil. Both of them are brought before the Inquisition for absurd reasons that (a scuttle in the street) quickly have them tricked into a play of words that often plagued the woman of this town. With little choice, they can confess to witchery or subject themselves to the torture chamber below.

Now if you happen to catch all the names and roles each of these church members take on, you’ve got a better memory than me, Regardless, it is the capture and chaining that leads to where this film is headed. Both women are stripped and then shackled to the wall only to be tortured in sequential fashion. 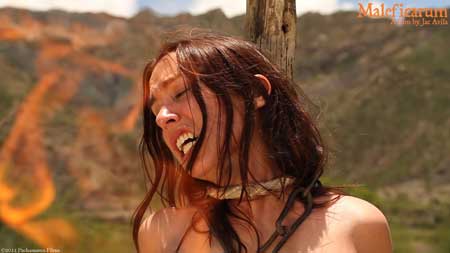 What is interesting about this film is that while these 2 poor young girls are being tortured to death with quite frankly (believable suffering), the film serves as a cross-reference back and forth between the perspectives by the people of the town (who witnessed the street confrontation). The women of the town in particular who hold jealously against the 2 spot off nonsense about being bewitched, possessed by the devil and reinterpreting metaphysics that simply didn’t happen. I was reminded on how our culture still practices some of these core misconceptions on a much more sophisticated and less religious level. As we pan back to the tortures in progress, the camera makes sure to hold steady above the 2 fully nuder females giving us plenty of frontal full body shots while they writhe in pain. Even from a cinematic angle, it appears that being dangled by the arms presented some true discomforts that had to be edited for the camera (in particular, the wooden horse of which Mariana was forced to sit upon digging into her crotch while being whipped and ankle fastened with weights). The torture was presented as coming from a “full body excruciation” that must have been unbearable. 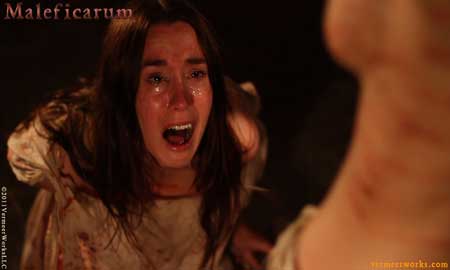 “Maleficarum” tends to cut between these dispositions of the townsfolk who are questioned in an early trial fashion. The engagement comes from us as viewers, hoping that some real justice will arrive that releases them from their torment before being put to death. 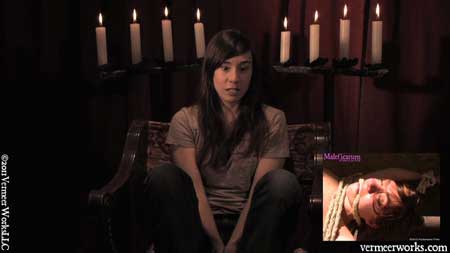 The film which paints the inquisition in a uncompassionate way is one of many that focused on this era and the absurd horrible acts they used to force a confession out of innocent victims. Falsely accused, the 2 women are seen thru most the film in torment and subjected to cruel punishment. As they are whipped, burnt, branded, stretched and raped, “Maleficarum “makes sure to take its time with viewers by letting us endure these horrible sights through the film. Even upon the inevitable confession, Mariana De Castro is asked to sign a confession to a blank parchment which will be filled din later. 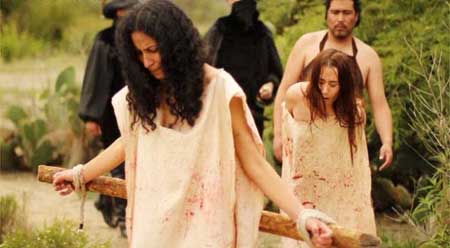 The events which lead to a “burning at the stake” in the name of the church serve as a point well made during a most dreadful time in our history. “Maleficarum” is made to be softened only with a comforting orchestral score that plays during the torture scenes. “Maleficarum” is a depressing movie displaying our atrocities to humanity.